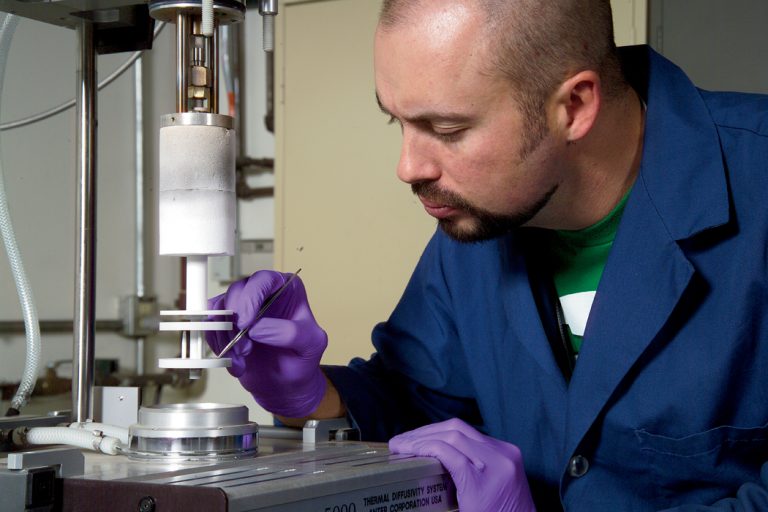 Since 1949, Idaho National Laboratory (INL) has been at the forefront of nuclear energy research. In its early days, for instance, 52 pioneering reactors were designed and constructed on site, including the first reactor to produce electricity using atomic energy, which is now part of the EBR-1 Atomic Museum.

While the facilities at INL have come a long way since the days of doing calculations using slide rules, what hasn’t changed is INL’s outsized impact on Greater Idaho Falls, not only in terms of the local economy, but in terms of quality of life in the region.

Situated on an 890-square-mile site approximately 47 miles west of Idaho Falls, INL is the lead national lab for the development of nuclear energy. It features the Advanced Test Reactor (the world’s premier test reactor), as well as the Materials and Fuels Complex, where research is conducted on reactor fuels.

“One of the important things our lab does is to not only look at safely extending the life of current [nuclear] reactors, but look at how we build the next generation of reactors,â€ says Laura Scheele, external affairs lead at INL. “How can we best provide the power that the world needs using nuclear means?â€

Another focus of the work at INL surrounds critical infrastructure protection.

“Critical infrastructure refers to those segments of operations that are significant to our economic health and the safety of our populace in general,â€ says Misty Benjamin, media relations specialist at INL, referring to things like electrical service and the transportation sector. “If a malicious attack occurred that took our electricity offline, that could put a city, state or country into significant turmoil.”

Fortuitously, INL has the infrastructure to do testing that isn’t practical in the real world.

“We have test beds that include an electrical grid, and we can do the kind of testing that an electrical utility can’t or won’t do because it wouldn’t want to take out power to its customers.”

INL is also doing its part to help prepare the next generation of science, technology, engineering and math workers. In 2014, INL invested $360,000 to support STEM programs that served 80,000 students.
Ongoing initiatives include: Internships that give high-school students the chance to shadow a researcher; and classroom makeover grants of up to $10,000 that help schools transform classrooms into STEM-friendly learning environments.

Yet through all the technological advancements in recent decades, Idaho Falls has managed to maintain its small-town feel, even though it offers amenities one might only expect to find in a major metropolitan area.

“We have a lot of folks who speak to the quality of life here,â€ Benjamin says. “They speak to the friendly communities where we have good schools, great recreation on the weekends, and the chance to be close to Grand Teton and Yellowstone national parks. [Idaho Falls] gives folks the opportunity to balance a work and home/life mix.”

One of the important things our laboratory does is to not only look at safely extending the life of current [nuclear] reactors, but look at how we build the next generation of reactors.