City boasts a bevy of arts and cultural experiences for both kids and adults. 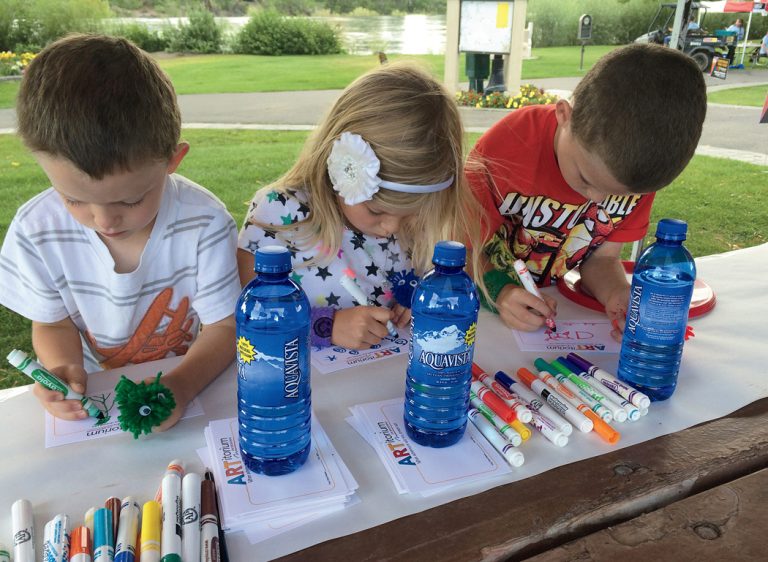 Courtesy of the Art Council

From art galleries and museums to theaters and music venues, the cultural scene in Idaho Falls gives residents and visitors huge options for things to do. Whether you’re an art connoisseur, an artist in the making, or a bonafide professional, Idaho Falls offers a canvas of opportunities. Here’s a look at some of the best things to do, culturally speaking, in Idaho Falls.

In Idaho Falls, art is not always hung on a wall or mounted in a gallery. Art You Can Sit On, a collaborative project between the city and the Idaho Falls Arts Council, features a collection of downtown benches designed by local artists. For art with a side of history, explore the city to see the Wilson Rawls Memorial Statue at the Idaho Falls Public Library, the Taylor’s Crossing Toll Bridge Replica, Snake River Fur Trapper sculpture, War Memorial and stone lanterns gifted by sister city Tokai-Mura, Japan.

Restored in 1999 to its original Greek neoclassical architecture, the Colonial Theater has since hosted an impressive lineup of theatrical and musical performances. The Actors’ Repertory Theatre of Idaho produces a year-round schedule of award-winning shows in its downtown Phoenix Theatre. For a throwback to the classic movie houses of the 1950s and ’60s, check out the Centre Theatre downtown.

During the summer, Idaho Falls comes alive with the annual Alive After Five celebration of local bands on Wednesdays and the Snake River Concert Series on Tuesdays. Each spring, the Idaho Falls Symphony, which celebrated its 66th season in 2015, begins its schedule of orchestral performances. If you’re more interested in making music, the Chesbro Music Company – family owned since 1911 – is the place to go.

History has its place at the Museum of Idaho, which tells the state’s story – from early settlers to the race for atomic power. The ARTitorium on Broadway takes a more colorful approach with fun, interactive exhibits that merge art and technology.

The Arts Council continues to bring diverse and entertaining shows to the community. The ARTitorium on Broadway [is] an incredible addition and resource to Idaho Falls and the surrounding area. The Council is a great help and example to all the arts organizations under its umbrella in this area!