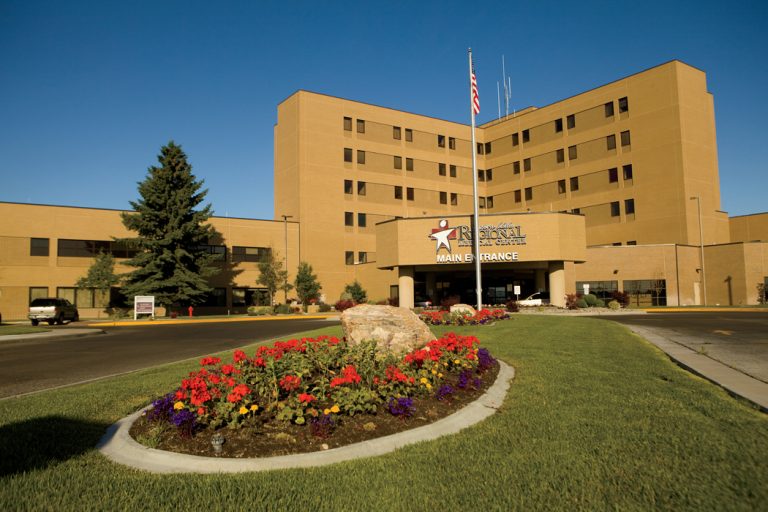 Residents of Greater Idaho Falls, ID have access to more health-care options than ever before.

With two hospitals in Idaho Falls offering more services and specialty procedures, residents from throughout the region may never have to leave the area for their medical needs. Both Eastern Idaho Regional Medical Center and Mountain View Hospital are invested in serving the community’s future needs.

Eastern Idaho Regional Medical Center, which celebrated its 30th anniversary in 2016, is the area’s largest medical facility. With 334 beds, the hospital has a service area of 300,000 people and averages 509 patients daily, says Jessica Clements, EIRMC’s community relations specialist. The EIRMC emergency room cares for an average of 130 to 140 patients each day.

“Eastern Idaho Regional Medical Center is the region’s largest medical facility, with the entire breadth of services,” says Coleen Niemann, EIRMC director of marketing. “We are the only ER and ICU in Idaho Falls, and the highest-level ICU, NICU and trauma center in the region.”

Services including the latest in cardiovascular surgery procedures and infant massage classes are offered at EIRMC. The facility also is known for its leading-edge cancer treatment, neurosurgery and cardiology departments, intensive care for adults and infants, and a helicopter and ground medical rescue service.

“There’s a great benefit to having the EIRMC right here in the community,” Clements says. “It helps patients to heal when they are able to stay close to their homes and families.”

The medical center held many activities to celebrate its 30th anniversary, including a food drive to collect 30,000 items that were distributed to local food banks in 2016.

“We felt this was a great opportunity to give back to the wonderful community that has supported us for all these years,” Clements says, adding that EIRMC has 45 employees who have been with the facility since it opened.

In those years, EIRMC has been on the cutting edge of many technologies. Its open-heart surgery program began in 1988; and in 2003, the EIRMC Heart Center completed its 20,000th cardiac catheterization. In 2007, a $2 million investment upgraded the neonatal intensive care unit to Level III to allow it to care for babies as young as 22 weeks’ gestation, and in 2013 the pediatric intensive care unit opened, enabling EIRMC to offer critical-care services to children for the first time. In 2005, the medical center introduced Idaho’s first multiperson hyperbaric oxygen therapy chamber, and in 2013, the wellness center opened here to provide a holistic approach to health care.

What does EIRMC have planned for the next 30 years?

“We’re always looking for new ways to meet the needs of our community,” Clements says.

A Bright View of the Future

Mountain View Hospital also has seen its share of growth and new technologies. When the hospital opened in Idaho Falls in 2002, it quickly became known throughout southeastern Idaho, Montana and Wyoming for newborn deliveries and its orthopedics department.

“Expectant parents from throughout the region seek out Mountain View,” Webster says. “Our women’s center has become very popular.”

In the first 10 years it was open, Mountain View went from 100 to 600 employees, indicating both its popularity within the community and its growth as a business.

While Mountain View does not have an emergency room, its urgent-care center is open seven days a week. Webster says the hospital offers many elective surgeries and since opening has expanded several departments such as pulmonology, urology, oncology, radiation and neurology. About seven years ago, a construction project added new patient rooms.

“We’re always looking at ways to help our community and help people be aware of what they can do to improve their health,” Webster says.