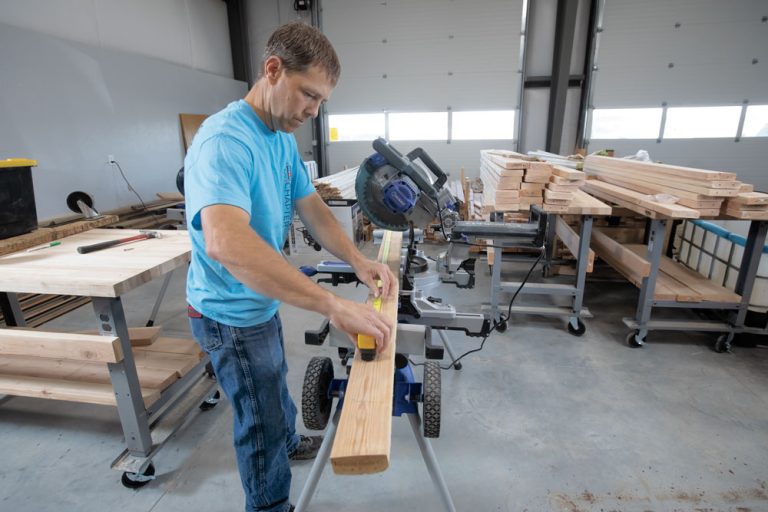 Sleep in Heavenly Peace began when Luke Mickelson decided to build a bed for a child in need. While it easily could’ve been a one-and-done project, the idea of providing beds for children who would otherwise go without took root, and it has since developed into a nonprofit with branches all across the nation.

“Our mission statement is that no kid sleeps on the floor in our town,â€ says Luke Mickelson, founder and executive director at Sleep in Heavenly Peace. “We accomplish that by building twin-sized single and bunk beds for children ages three and up.â€

While their mission statement is honorable and fills a large need across the United States, the way the team at Sleep in Heavenly Peace gets the word out about their organization is simultaneously unique – and stands the test of time.

“The second half of our mission is to get people involved within their local communities,â€ says Mickelson. “We don’t just build beds in a single location here in Idaho and ship them out across the country. We empower people to build beds for children who need a place to sleep within their own towns and cities.”

When Sleep in Heavenly Peace launched in 2012, there were only two chapters: one in Twin Falls and one in Boise.

“We were only doing builds once a year during Christmas time,â€ says Mickelson. Things carried on that way until 2016, when Mickelson and his chapter president in Boise decided to build as many beds as possible that year.

“Between the two of us, we organized 14 builds and constructed 136 bunk beds,â€ says Mickelson.

Going from building a few beds a year to more than a hundred felt like a huge leap. But as the word spread about their organization and the need for beds became evident, more and more people reached out to Mickelson asking how they could get involved.

“That growth happened almost exclusively through word of mouth,â€ says Mickelson. But the real gear shift occurred when they were featured on Mike Rowe’s television program, Returning the Favor.

“Our episode aired on February 13, 2018,â€ says Mickelson. “When that happened, we received more than 1,600 requests to launch new chapters around the nation.â€

While caring for others certainly isn’t a new concept, the way Sleep in Heavenly Peace grew from a local project to a nationwide organization is unique. Rather than focusing on paid advertising, they’ve grown primarily through exposure from the Returning the Favor episode and good, old-fashioned word-of-mouth.

Mike Watkins, the chapter president in Butler County, Ohio, can attest to the power of word-of-mouth.

After launching their local chapter in May 2018, Watkins organized their community’s first build in June in partnership with Kohls.

“Kohls had 50 employees volunteer their time to come out to a warehouse and build beds for children,â€ says Watkins. “That event was quickly followed by Worthington Steel, Lowe’s and a local church. We built 150 beds in the first six weeks.”

Once people get wind of Sleep in Heavenly Peace and its mission, it doesn’t take much to inspire them to get on board.

“Once we got the ball rolling, we didn’t have to do much to spread the word,â€ says Watkins. “It’s happening on its own. Families who have received beds are telling other parents, and the children are telling their friends.”

Between word-of-mouth and people sharing photos and videos on social media for their social networks to see, it’s no wonder the organization is gaining traction across the country.

For local Ohio volunteer Jim Watts, it all comes down to serving children in need.

“The smiles on the children’s faces and the tears of joys we see from their parents when we deliver a bed makes it all worthwhile,â€ says Watts. “I love being able to play a role in making a difference in a child’s life.â€ 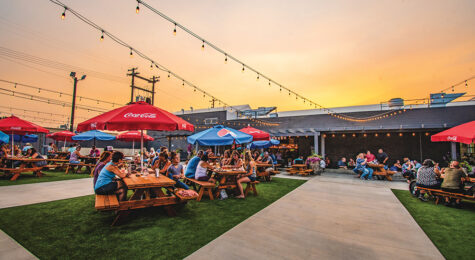