Conjure Up Some Fun in the Magic Valley

While Southern Idaho’s outdoor recreation is legendary, you’ll never run out of fun, interesting and educational things to do in Twin Falls and the region. 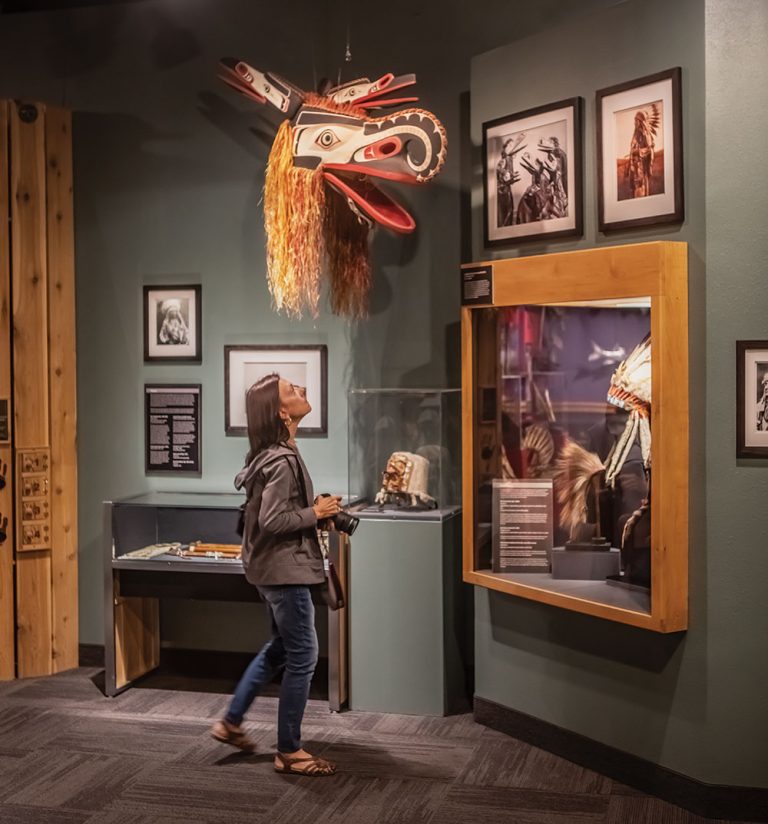 Shadow dancers and Japanese drummers. A tour of the summer skies and a bike race through downtown. Pad Thai for dinner and an evening of theater. A “Messiah” sing-along. Cowboy poetry. And art of all kinds. Get ready to fill your evenings and weekends with plenty of fun things to do in Twin Falls and Southern Idaho.

“The arts are really growing here, especially in the past two years, but in a very casual, outdoorsy way,” says Melissa Barry, Southern Idaho Tourism executive director. “We’ve grown into appreciating the finer things, like going out to dinner or seeing a play or a concert – but that’s all still new and shiny for us.”

Center of the Action

That shininess has, perhaps, helped grow the popularity of arts, culture and entertainment in the region. For example, a gem in downtown Twin Falls is the renovated Orpheum Theatre, where you might catch a vintage film or a contemporary stage production.

In Rupert, the Wilson Theatre, a renovated historic landmark on the town square, hosts everything from magic shows to painting classes to a sing-along “Messiah” in December.

CSI: Home to the Arts

At the heart of the area’s cultural calendar is the College of Southern Idaho, which not only offers majors in the arts, but in its Fine Arts Center presents musical acts, dance and theater productions as well as student recitals and productions, and faculty performances.

Another CSI cultural icon is The Herrett Center for Arts and Science, which provides endless hours of fun and fascination. “During the academic year, we focus on the schools. But in the summer, especially, we are a great resource for the wider community,” says Joey Heck, Herrett Center director.

Herrett’s museum houses one of the largest collections of stone tools in the country, as well as ancient artifacts from around the world. Among its treasures is a life-size replica of a wooly mammoth. And its observatory boasts one of the largest telescopes in the Pacific Northwest.

Herrett’s state-of-the-art planetarium, one of the largest and best-equipped in Idaho, is a huge draw, Heck says. But this is not your grandparents’ planetarium. “A lot of the big production companies are making planetarium shows that are more like movies, big Hollywood-style productions and, with our system, we’re able to tap into the newest, the best and the slickest,” Heck says.

The region offers several smaller museums to enjoy, among them the Jerome County Historical Museum, where you can learn all about how a high desert became a booming agricultural hub, thanks to irrigation.

Some of the region’s finest fine arts are grown here at home. The Magic Valley Symphony presents a four-concert classical series in the auditorium of the CSI Fine Arts Center, the Magic Valley Little Theatre stages several productions annually, including the popular “Best Christmas Pageant Ever,” and the Liberty Theatre in Hailey is a must-visit as well.

“We like events, and we see a lot of celebration of our region through festivals and arts events,” Barry says. One of the best is September’s Thousand Springs Festival of the Arts in Hagerman, which last year drew more than 5,000 people. The council also presents such popular celebrations as Jazz on the Canyon and Art in the Park, which features art exhibits, a kids’ festival, Food Truck Friday and even a band concert.

And a growing favorite is Lost N Lava Cowboy Gathering, a celebration of cowboy poetry. “It’s a crazy, kind of weird event in Shoshone, a cool look into the culture of being a cowboy,” Barry says. “It’s all rough and tumble, but there is a very gentle side, too.”

In the Magic Valley, your hiking and biking routine comes equipped with unforgettable vistas around every turn.