It's nothing but smooth sailing down Southern Idaho's Snake River. 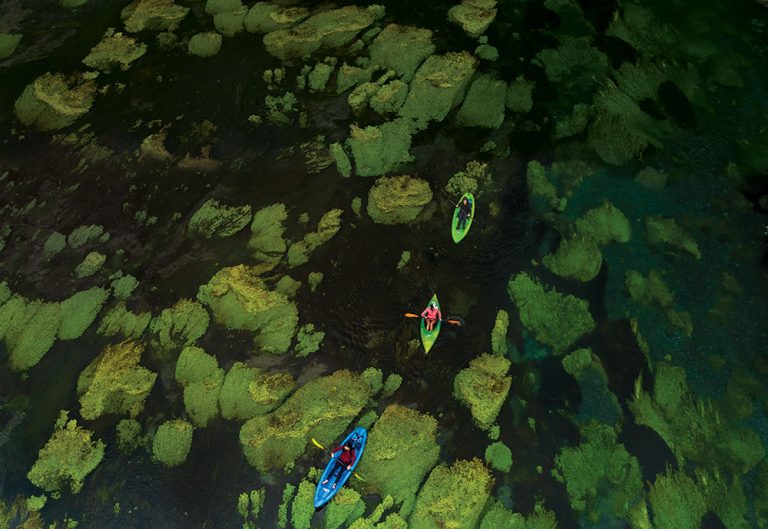 What was the trick to turning the desert of Southern Idaho into the outdoor recreational playground now known as the Magic Valley?

That’s what I.B. Perrine did in the early 1900s, as his Twin Falls Canal Company worked with other canal systems and private financiers to build the Milner Dam on the Snake River, diverting water into the surrounding terrain. This was the first step in what became the largest private irrigation project in the United States, as 500,000 acres of dry land was transformed into a beautiful and valuable agricultural area capable of growing corn, beans, peas, potatoes, wheat and barley.

Along the way, numerous outdoor recreational opportunities began to sprout up as well, from rafting and kayaking on the river to hiking and biking along the canyon’s edge. The area became a savory feast in more ways than one.

“By diverting the water out, it created a green corridor about 30 miles wide. They called it an irrigated Eden,â€ current Twin Falls Canal Company general manager Brian Olmstead says. “It became a new habitat not only for agriculture, but also for waterfowl and fish. And it turned the river into a recreational area for watersports. Now, you can go anywhere on the river during the summer and see hundreds of people out on the water.”

In addition to hanging out on the water, people literally are hanging off the canyon wall, as the basalt rock provides an excellent surface for climbing. The wall around Dierkes Lake alone has more than 100 climbing routes, according to Mike Young, program manager for outdoor recreation leadership at the College of Southern Idaho.

Hikers and mountain bikers can enjoy trails that run along the canyon’s edge for nearly 10 miles, while Auger Falls Park has more than 20 miles of trials. These paths are popular with bird watchers as well, especially from late winter through the spring.

Meanwhile, down on the surface of the Snake River, there are plenty of relaxing flatwater paddling opportunities. Young suggests traveling the 1.5 miles from Centennial Waterfront Park in Twin Falls (one of the river’s primary access point) to Pillar Falls, then continuing on to Shoshone Falls, which, at 212 feet, is taller than Niagara Falls. Along the way, you’ll pass under the Perrine Bridge, a popular spot for BASE jumpers.

The Snake River also provides some thrilling whitewater action. There is an 8-mile long Class III run near Hagerman, and upstream from there is a series of Class IV and V rapids.

“We have everything from flatwater to Class V within a short stretch of river,â€ Young says.

The river is wider and closer to ground level around the city of Burley. As a result, the area is perfect for water skiing, windsurfing and swimming. It also is the site of the annual Idaho Regatta competition, with speed boats zooming across the river in excess of 120 mph.

The Snake River and surrounding Magic Valley are a hit with anglers looking to catch sturgeon and small-mouth bass. Terry Thompson with the Idaho Department of Fish and Game says some of the best spots are located just below the Perrine Bridge and along the stretch between Buhl and Wendell.

Off the river, fishing ponds for trout, bass and walleye can be found at the Hagerman Wildlife Management Area, Freedom Park, Lake Walcott, Oakley Reservoir, Salmon Falls Creek Reservoir and Dierkes Lake. Detailed information about each body of water, including directions and the types of fish in the area, is available here.

“There’s so much diversity in the Magic Valley for fishing,â€ Thompson says. “And with the huge canyon walls, the scenery is stunning. It’s just a great place to be outdoors.”

Get in on the Action

See for yourself all the amazing recreation the Snake River has to offer. Use these resources to start planning your adventure:

BASE Jumping: Tandem BASE