Music, theater, dance and more fill venues across the region 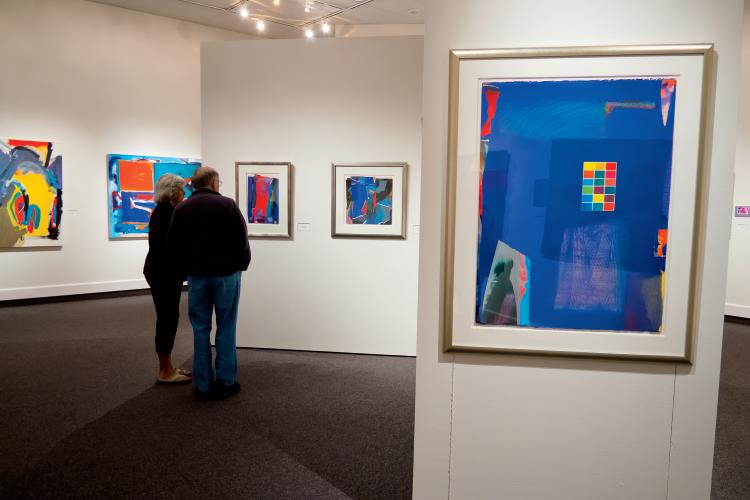 Southern Idaho residents have access to shows by international performing arts groups, plus several talented local theater groups and quality venues at which to enjoy them. Meanwhile, visual arts take the spotlight in an increasingly popular annual competition that involves many local businesses.

The Magic Valley Arts Council promotes art and cultural experiences throughout the greater Twin Falls area, and is headquartered in the Twin Falls Center for the Arts on the Snake River Canyon rim. The facility has an outdoor plaza, two-story atrium, auditorium and multipurpose rooms for classes.

The College of Southern Idaho and the Magic Valley Arts Council joined forces in 1988 to create Arts on Tour, an annual series of shows by artists from around the world specializing in music, dance, theater and, in some cases, combinations of the three. Performances are held at CSI’s Fine Arts Auditorium. Arts on Tour always includes several free outreach programs each season, including workshops, master classes and performances for local children. Anyone can purchase a full-season subscription for all seven shows or mini subscriptions for four to six shows. Business memberships and individual event tickets are also available.

CSI recently launched its Stage Door Series, which presents a special show each month representing a different group from the Fine Arts Department. For each show, performers and audience members are on the stage together, and the performances are slightly unconventional, from the intimate setting, the material presented or the arts collaborations involved. These shows typically sell out quickly, so be sure to check the series’ website at fineartscenter.csi.edu/stagedoor.

The College of Southern Idaho’s Herrett Center for Arts and Science six-gallery museum showcases art as well as exhibits of anthropological artifacts and natural history specimens that focus on the prehistoric American continents. For shows provided by nature, the center’s Faulkner Planetarium and Centennial Observatory seats 144 people under its 50-foot dome for shows and stargazing. In late 2013, the planetarium upgraded its Digistar 5 full-dome system, now one of the most advanced in the country.

The Magic Valley Arts Council presents an annual competition called Art & Soul of the City, Magic Valley Has Art, which attracts hundreds of entrants and draws people into participating area businesses. The organization annually awards prize money of $10,000 for first place, $5,000 for second place and $14,500 split among 13 more winners, in an effort to increase art awareness in Twin Falls and Southern Idaho.

During the event, held in late April to early May, artists display their work in various Twin Falls businesses. Members of the public visit over nine days to view the art and cast votes for their favorites. Artists work in media that include paint, sculpture, woodworking, pottery, photography and fabrics.

Restoration has been ongoing since 2000 at the Wilson Theatre, which will celebrate its 100th year in 2020 and is listed on the National Register of Historic Places. The Howells Opera House in Oakley (built in 1907) hosts musicals and plays, and the Twin Falls Center for the Arts features an auditorium, outdoor plaza and multipurpose rooms for classes.

As for performing arts, the Junior Musical Playhouse Co. (aka JuMP Company) gives students in grades 1-12 chances to hone their acting skills in two annual productions. Other performance groups in the region include Dilettante Group of Magic Valley, Magic Valley Little Theatre and Company of Fools, which stages plays at the Liberty Theatre in Hailey.