Learn how both established companies, such as Archer Daniels Midland, and newcomers, such as MightyVine are helping add to state's bottom line. 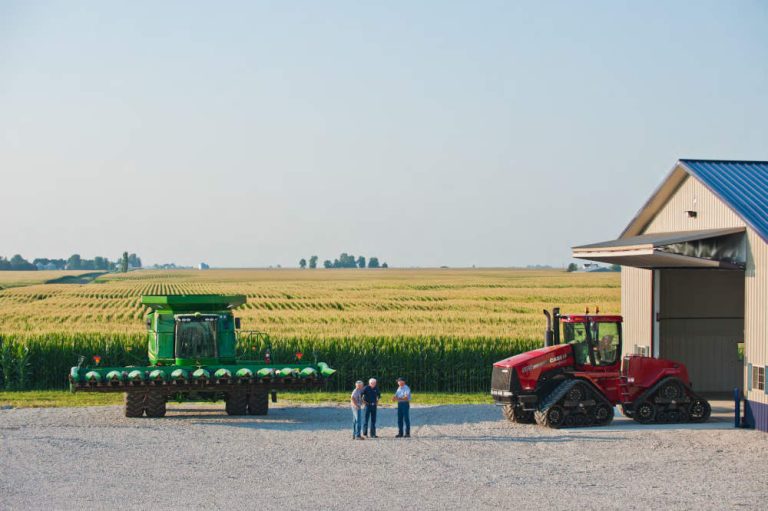 While urban Chicago is often considered the economic engine of Illinois, the state’s economy is deeply rooted in agriculture. In 2014 alone, agriculture contributed more than $20 billion to the state’s economy, and food processing has become Illinois’ leading manufacturing activity, contributing more than $13 billion to the value of agricultural products. The state is home to more than 2,500 food processors, including global powerhouses Sara Lee, Heinz Kraft and Archer Daniels Midland Co. The latter recently opened its global headquarters in Chicago, with its North American administrative offices headquartered in Decatur.

The state’s agricultural prowess combined with its superior logistics infrastructure make Illinois a smart choice for ADM, says Greg Webb, vice president of state government relations. “There are about 76,000 farms in the state of Illinois. We have a great capability to produce, and then you have a lot of people in the ag industry who then buy those grains and oil seeds, and convert them into food ingredients, feed ingredients, biofuels and renewable materials,” Webb says. He adds that the state’s central location and access to major transportation outlets has contributed to ADM’s expansion decisions.

“Being in the center of the country makes Illinois a good choice for us in both attracting raw materials, as well as selling the food, feed ingredients, biofuels, industrial chemicals, and things that we make,” Webb says.

“Illinois also has a good transportation infrastructure, including all seven of the Class I railways. It’s the only state in the union that has that distinction. We also have an inland waterway system that is very highly utilized by the agriculture industry. About 67 percent of agriculture goods shipped out of the country go through the port of New Orleans, making the inland waterway system of the Mississippi, the Illinois, and the Ohio river systems prime conduits. And, says Webb, Illinois is “blessed to have some of the most productive soils in the world in this region, so all of those combine to make a really place for agribusiness to locate.”

Location was also a major draw for tomato producer MightyVine. The company uses hydroponics to grow some 4.5 million pounds of produce in its seven-acre greenhouse in Rochelle.

“Rochelle is a very good location being that it’s right on Interstates 88 and 59. So it connects very close to Chicago, Madison, Milwaukee, the Twin Cities, St. Louis and Indiana as well as southern Illinois,” says Danny Murphy, Business Development, MightyVine. “Rochelle also has its own municipal utilities, providing affordable energy costs during the cold winter months, and that’s huge for us.” MightyVine received $11 million in startup capital, an example of the investors’ commitment to the state’s agriculture community. In fact, investment funds, such as Chicago-based SG2 Ventures, started by the founder of OpenTable, have invested hundreds of millions in agribusiness startups.

Murphy says the company understands that trust and commitment is earned. “We had monthly meetings with the town throughout the construction process, and we’ve always had an open-door policy,” he says.

“We got to know them very well and it’s just that kind of hometown feel that you don’t necessarily get all the time being in a big city like Chicago.” Yet another advantage for the state’s agribusinesses is access to research and development institutions, such as the National Center for Food Safety and Technology and the state university systems.

“We have relationships with all of our major universities throughout the state,” says ADM’s Webb. “There are four colleges of agriculture at our state universities that we work with, but even those universities without a college of agriculture, we have relationships that touch individual parts of our business. For example, we’ve engaged in research and development activities with Northwestern University in Chicago. We have a very robust internship program, and those opportunities are both here within the state of Illinois as well as at our autonomous plants scattered throughout the country. Internships are just a good way for that young person to get a sense of what it might be like to work for somebody like us, and it’s a great way for us to have a view of them to see if they might be a fit.”