Clean energy innovation is booming in Illinois, thanks to a robust support system that includes research labs, funding sources and business incubators. 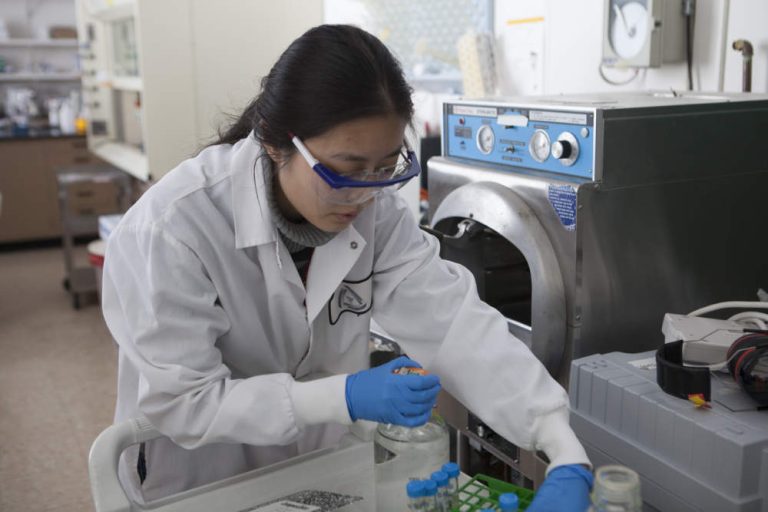 When it comes to clean energy innovation, Illinois is the complete package. Renewable energy companies in the state benefit from a robust support system that includes ample numbers of research labs, funding organizations, technical expertise and business incubators.

With those assets in play and a long history of agricultural innovation, it’s no wonder that Illinois is the nation’s leading producer of corn ethanol, some 678 million gallons per year. The state is also a hotspot for other biofuels, like the algal oil produced at Solazyme, Inc.’s Peoria plant. The fully integrated biorefinery, the San Francisco-based company’s first, was partially funded by a grant from the U.S. Department of Energy. The plant has an annual capacity of 2 million liters and is a dual demonstration and commercial-production facility.

One of the state’s most famous research assets is the world-renowned Argonne National Laboratory. Researchers there are exploring nearly every aspect of renewable energy including clean power sources, smart grids and the life-cycle impact of clean energy technologies.

But Argonne’s work doesn’t stop at the lab door.

“If it ends with us, we might as well not have done it,” says Mark Petri, the lab’s alternative energy program coordinator. “We always want to bring in partners who can help translate our research into deployment.”

One such partnership is Argonne’s software licensing agreement with Chicago-based ADICA, a strategic analysis company that specializes in the renewable energy market. The lab also works with the Illinois Department of Commerce and Economic Opportunity to identify companies that are interested in field-testing the lab’s research.

Argonne was selected in November 2012 to be the home of a new center that will develop advanced batteries for electric vehicles and alternative energy sources, a designation expected to bring in as much as $120 million in federal research funds.

The DCEO isn’t the only organization helping to move research into the marketplace. Chicago-based Clean Energy Trust connects clean-tech startups with researchers, investors and other sources of support.

“We want these startups to get traction early on because the ones that succeed will return capital to investors, and that paves the way for more entrepreneurs,” says Executive Director Amy Francetic.

One of the trust’s most popular initiatives is the Clean Energy Challenge, held each April. Challenge veteran HEVT, which builds electric motors without precious metals, took top prize at the 2012 Cleantech Open, the world’s largest business competition for clean tech entrepreneurs. Altogether, Francetic says, Clean Energy Challenge finalists have gone on to secure more than $23 million in funding.

Clean energy startups can also find support at the Illinois Institute of Technology‘s University Technology Park. Facilities at the park include lab and office space, a smart grid innovation center, and the Wanger Institute for Sustainable Energy Research.

“We have organized the entire campus of IIT to support these companies,” says David Baker, IIT’s vice president for external affairs and the park’s executive director.

He’s speaking literally: the campus itself is a demonstration project for park-developed technologies like smart micro-grids, gas turbines and solar-power storage batteries.

Chromatin Inc., a company that develops biofuel from sorghum, is just one of the park’s success stories. The company has graduated to headquarters in Chicago and is now hybridizing plants in Texas and California.

“We have quite an ecosystem here,” he says. “When you get this combination of resources, it’s really exciting. This region has emerged as a vital space for the development of clean energy.”