Entertainment Hub? How Illinois Reigns In Film And Music

Film and music have long been an integral part of the Illinois entertainment scene, and both industries are growing in the state. 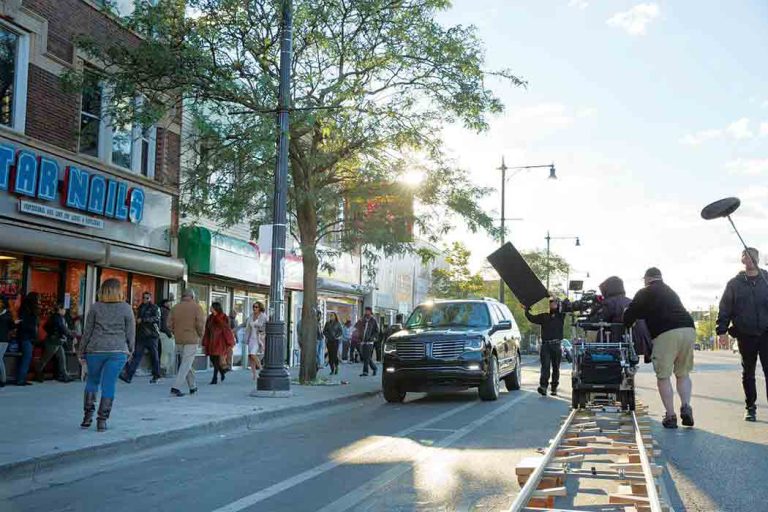 Ferris Bueller took his day off in Chicago. The Blues Brothers sang their way across the city and throughout Illinois after being sprung from prison in Joilet. Lucious Lyon built his Empire here. And Buddy Guy and countless other blues and jazz musicians have considered Chicago to be their sweet musical home.

Film and music have long been an integral part of the Illinois entertainment scene, and both industries are growing in the state. Film and television production has taken a lead role in the state’s econony on the strength of an ever-expanding infrastructure capable of handling a wide variety of needs beyond the act of filming. Meanwhile, the music business continues to hit the high notes, including the creation of incubators designed to provide the resources needed for all steps of sound production.

“The ecosystem within the film and music communities goes much deeper than just what you see and hear,” says Christine Dudley, director of the Illinois Film Office. “There is a ripple effect and a multiplier effect, both for existing businesses and the opportunity for new business related to the industry.”

For example, Dudley notes that the lumber industry in the state benefits from all the sets and stages that are being built. Likewise, vintage clothing stores have a steady market with film and television productions that need material from a specific time period.

“There is an amazing depth to the industry. It’s really multi-layered and diverse,” Dudley says. “We’ve seen nothing but growth the last few years, and there’s great opportunity for even more.”

Hollywood for the Midwest

Many of those opportunities can be found at Cinespace Chicago Film Studios, a nearly 1.5-million-square-foot facility that is the largest film studio outside California. Cinespace houses 22 sound stages as well companies that provide production support in such areas as lighting, audio and talent. The highly rated television show Empire is filmed at Cinespace, along with the popular Dick Wolf-produced shows Chicago Fire, Chicago PD and Chicago Med.

“What Cinespace is trying to do is get more productions to shoot in Illinois,” Cinespace President Alex Pissios says. “We also want to get local Illinoisans to produce stuff here. So we’ve started a film incubator called Stage 18. We’re working with universities like DePaul and having them teach classes here. We’re trying to promote local development.”

Cinespace houses nearly 20 independent businesses that provide products and technical support for the industry, including AbelCine – a supplier of tools for film, digital and other technologies – and post-production company Periscope Post & Audio.

“Talking to the studio executives, they love the crews we have in Chicago and the people we have working with us,” Pissios says. “And now we have these big sound stages, which we never had before.

“But as much as anything, studios love that we have all four seasons in Illinois and the beautiful locations throughout the state. When you’re in downtown Chicago, you can shoot a city scene. Go to Peotone (approximately 45 miles south), all of sudden you’re shooting a country scene. They love that they can get all these different looks.”

Of course, every film and TV show needs a soundtrack, and Illinois is the ideal place for music as well. From the historic juke joints on the South Side of Chicago to such major annual festivals as Lollapalooza and Pitchfork, there seemingly is a tune for every taste floating through the air.

“This has definitely become a global destination for music,” says Scott Fetters, director of 2112, a business incubator for entrepreneurs in music, film and creative technology. “Chicago has been a hub for blues for a long time, and that revolutionized the music industry in many aspects. Because it had an influence on jazz and rock-n-roll and so many genres that then spread throughout the world.”

The 2112 incubator is part of Fort Knox Studios, a 160,000-square-foot studio containing 92 rehearsal and recording rooms. Fetters says in recent years, the facility has transformed from a basic music studio to “a comprehensive music ecosystem.”

“We’re creating a music community by bringing businesses and small startups together, and then surrounding them with the resources that they need to grow,” Fetters says. “The goal is to get as much of Chicago’s music industry as possible under one roof, and all of the businesses that surround that economy as well.”

11 Films Made in Illinois