Food and Agriculture are Booming in Illinois 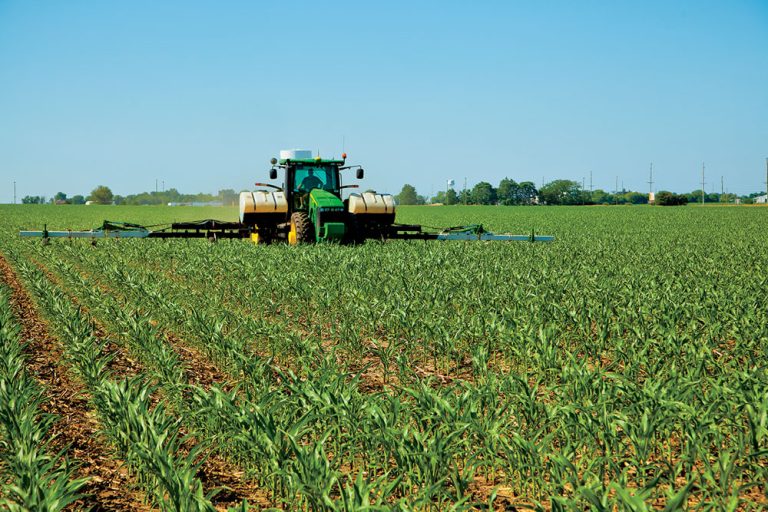 Illinois’ long history as an agricultural leader has cultivated a robust agribusiness and food production sector that includes the status as No. 1 among states for pumpkin production, No. 2 for corn and soybeans and No. 3 for overall agricultural exports. Besides the aforementioned commodities, Illinois is a key producer of animal feed, cattle and calves, and hogs. The state’s 75,000 farms make it a leader in biofuels, including ethanol and soybean-based biodiesel.

All agricultural commodities throughout the state generate more than $19 billion annually, and Illinois is home to more than 2,600 food manufacturing companies.

One Illinois company advancing agribusiness innovation is FutureCeuticals Inc., which researches, develops and manufactures fruit, vegetable and grain-based nutritional health supplements. The company is adding a new 18,000-square-foot corporate office to its existing operations in Momence. Sister company Van Drunen Farms, also located in Momence, is one of the largest food ingredient suppliers in the world.

“We offer an incomparable scope of capabilities and a substantial portfolio of nutritional products, including probiotics, grains and fruit and vegetable powders and extracts,” says Jeff Van Drunen, president of Van Drunen Farms and FutureCeuticals. “People will not see our name on the shelves in grocery stores, but our ingredients are in products found in almost every grocery store in America.”

Van Drunen says the family-owned company has enjoyed doing business in Illinois for more than 130 years and still farms more than 1,500 acres.

“Much like Illinois, we are rooted in agriculture and transportation,” he says. “Access to infrastructure is key for us in terms of water and transportation, with easy access to rail, interstates and intermodal facilities that make our path to markets fairly routine. Meanwhile, our local water resource needs are met via the Kankakee River and its watershed.”

All Over the State

Agribusiness and food processing touch virtually every corner of the state, from Deere & Co. in Moline to Archer Daniels Midland (ADM) in Chicago and Decatur, and Smithfield Foods in Lisle.

Richelieu Foods, which makes private-label pizza, salad dressings and sauces, has expanded its presence in the state, opening a 115,000-square-foot facility in Wheeling to manufacture condiments and creating 125 jobs. Mars Inc. has announced its intent in 2017 to combine its Mars chocolate and Wrigley segments to create Mars Wrigley Confectionery, based in Chicago.

“Chicago is a fantastic city with a rich history in the confectionery industry,” says Casey Keller, global president of Wm. Wrigley Jr. Company. “Our company was born in Chicago in 1891, and we’ve continued to find success here thanks to the talented and vibrant people the city attracts, and the positive business environment in the Chicagoland area.”

Mars acquired Wrigley in 2008, and Mars Wrigley Confectionery is slated to begin production in late 2017. It will manufacture chocolate brands like Dove, M&M’s, Snickers and Twix; gums and mints like Altoids, Doublemint, Lifesavers and Orbit; and fruity confections like Skittles and Starburst.

Also experiencing growth in Illinois is Koval Distillery, the largest craft distillery in the state. Koval recently purchased the building in Chicago that houses its distillery, and the company is planning a major expansion to go from 11,000 square feet to more than 45,000 square feet.

Established in 2008, Koval produces organic whiskey, liqueurs and specialty spirits like brandy, gin and vodka. The company is the first distillery to legally make spirits in Chicago since the 1860s.

Besides sales throughout the U.S., Koval products are sold in Canada, Europe, Japan, Australia, New Zealand, South Korea, South Africa, and soon will be available in Taiwan.

“All our products are organic and kosher and made with Midwestern grains, and our bourbon is made with Illinois corn,” says Robert Birnecker, Koval master distiller and company co-owner along with his wife, Sonat. “We enjoy being in Chicago, and Illinois has been fabulous at recognizing the potential of the craft industry by supporting the legislation we introduced in 2010 to allow us to have onsite retail, tastings, and in turn, a tourism business.”