How Transportation Assets Put Illinois On The Map

Illinois has worldwide respect as a transportation hub and now with new investments it is building on that reputation. 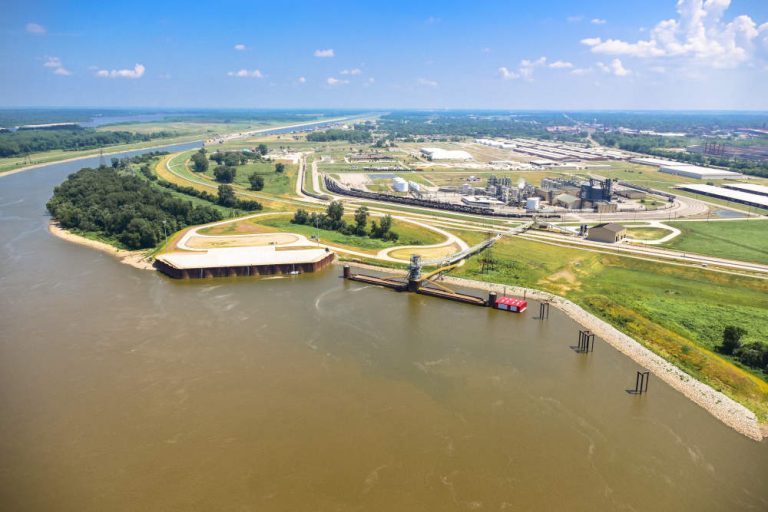 Its impressive collection of road, rail, water and air components connects Illinois to the world and helps power its manufacturing, agriculture and other major industry sectors. The sophisticated and integrated transportation network has made Illinois a logistics leader, with Fortune 500 companies alone using the state for more than 300 distribution operations. Consider its impressive transportation assets and advantages: The state is within a day’s drive to two-thirds of the U.S. population.

Chicago’s O’Hare International Airport is the busiest airport in the world. The state 50 rail carriers includes seven Class I railroads, the only state that can make that claim. With more than 1,100 miles of navigable waterways, Illinois is linked to the world via the Great Lakes and Mississippi River and has the third-largest interstate highway system in the nation. Several major interstates run through the state, including coast-to-coast routes I-70, I-80 and I-90. There are more than 12,000 public warehouses statewide. Major improvements are under way in every corner of the state to upgrade and modernize its transportation system. One example: A major upgrade to Illinois Route 390, formerly known as the Elgin O’Hare Expressway, will include 17 miles of new roads with 15 new or improved interchanges as part of a new, all-electronic toll road and proximity to several major interstates and highways.

Several Illinois communities are leveraging their excellent rail and waterways locations and developing world-class intermodal facilities. Superior intermodal facilities with Class I rail and access to navigable waterways have helped establish Will County, located outside Chicago, as a major inland port. Will County is served by four interstate highways, the Illinois and Michigan Canal and two Class I railroads. As a result of these rich transportation assets, it is home to the largest inland container port in North America, CenterPoint Intermodal Center (CIC). The CIC is situated on more than 6,500 acres and anchored by the BNSF Logistics Park and Union Pacific Intermodal Terminal, making it an ideal location for staging domestic and global goods distribution.

“Will County has emerged as a significant part of the global supply chain,” says John Greuling, president and chief executive officer of the Will County Center for Economic Development. “We have the market reach beneficial to importers and a launch pad for exporters.”

The inland port can handle more than 3 million containers a year and plans under way will more than double that capacity in a few years. Ridgeport Logistics Center is being developed near the city of Wilmington on 2,000 acres, with plans for more than 20 million square feet of industrial distribution space and rail-served industrial buildings. The Midwest Inland Port in Decatur, under leadership of the Economic Development Corporation of Decatur and Macon County, is another logistics and distribution hub. Archer Daniels Midland, one of the largest agricultural processors in the world and the largest employer in Decatur, wanted to expand its supply chain capability and bring in other business and government partners. The Midwest Inland Port was established in 2013 when ADM connected access to three Class I railroads. In addition to the rail connections, the port has access to four interstate highways and a 2,000-acre airport site.

“We can now quickly and efficiently deliver containers to either coast for shipment around the world from right here in Decatur,” says Dennis Whalen, vice president of intermodal freight for ADM. “The intermodal ramp and the entire Midwest Inland Port infrastructure also provides an efficient way for other Central Illinois businesses to connect to global markets, which creates compelling reasons for more companies to locate here. So not only is the Midwest Inland Port a win for ADM, it’s a win for the whole community and our economic development efforts here.”

The Chicago-Rockford International Airport, which loads nearly a billion pounds of cargo annually, is a major sorting hub for UPS. The airport is home to 30 industrial and over the past few years more than $183 million has been invested in infrastructure improvements at the airport. In fall 2015, O’Hare International  opened a new runway and air traffic control tower, part of a nearly $9 billion improvement project. Besides being the world’s busiest passenger airport, O’Hare is home to a number of major cargo carriers, including Nippon Cargo Airlines (NCA), which has a major regional hub there. Nippon ships more than 8 million metric tons of goods monthly.

“O’Hare is a critical hub in the U.S. economy for moving goods efficiently and effectively,” says Shawn McWhorter, president of NCA Americas, based in Chicago. “The location of Chicago and Illinois for the movement of goods is critical to the air freight industry.”