With $9 billion in revenues, including $4 billion in exports, the Illinois agriculture and food processing industry is feeding the world. 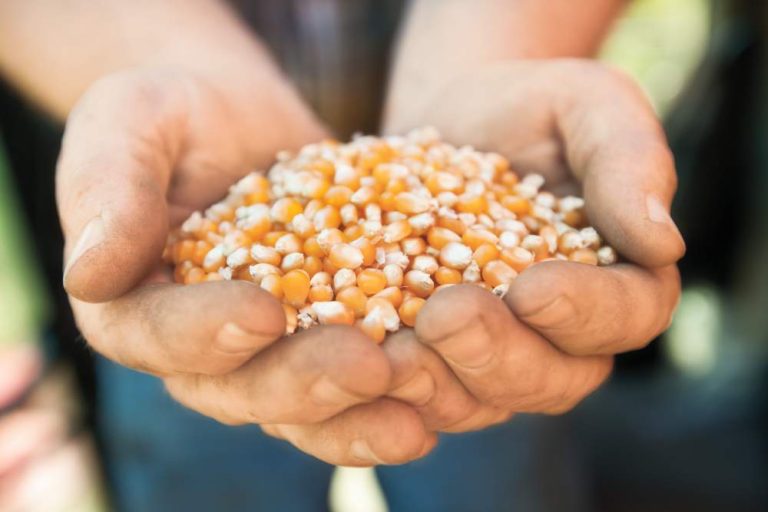 Illinois is one of the leading agriculture and food producing states in the nation – and with room to grow.

Agricultural commodities from Illinois generate revenues of more than $9 billion annually, with corn, soybeans, dairy and poultry leading the way. With nearly 1,000 food manufacturing companies, the state is well positioned to turn crops and livestock into food and industrial products.

Food processing is the state’s leading manufacturing activities, generating nearly $13.5 billion in revenue each year. Those agricultural commodities provide the basis for an array of products that include animal feed, ink, paint, adhesives, clothing, soap, wax, cosmetics, medicine, furniture, paper and lumber. More than 275 million bushels of Illinois corn are converted into ethanol each year, more than any other state. The state also develops renewable fuels, including soybean-based biodiesel fuel.

“While it is difficult to track every Illinois agricultural commodity to a manufacturing product made in the state, just the sheer size and proximity of these products and the widespread production capacity in the state make this a powerful food engine,” says Mark Doherty, senior economist and policy analyst for the Illinois Farm Bureau.

Illinois food exports are equally impressive. The state exports more of the food it grows and livestock it raises than most any other state, Doherty says. For example more than 4 percent of grain produced in Illinois is sold for export. Illinois ranks second in the nation in agricultural exports with nearly $4 billion worth of goods shipped. That represents 7 percent of total U.S. agricultural exports.

Chicago alone has one of the largest concentrations of food-related businesses in the world. In addition to an ideal climate and excellent soil, other competitive advantages Illinois enjoys are its excellent location, 2,000 miles of interstate highways, and a multitude of rail lines and modern, efficient airports. Illinois also has more than 1,100 miles of navigable waterways.

Illinois food production companies continue to expand in the state. Dutch Farms, which has a long heritage in the eggs and dairy business, is a leading distributor of dairy, deli, meat and bakery products. Dutch Farms moved to the Chicago area about 13 years ago when it needed larger distribution facilities to meet the growing national and international demand for its products. The company ships products under its Dutch Farms brand to 38 states and eight countries.

“Moving to Chicago with its great transportation access and infrastructure was a key factor for us,” says Kevin DeVries, vice president and general manager of Dutch Farms. “The state and the local community were very helpful in finding this space for us.”

Dutch Farms dispatches more than 35 to 40 trucks daily from its 350,000-square-foot facility, which employs about 220 workers. Dutch Farms was honored with the 2013 Governor’s Export Award for outstanding accomplishments in the export of Illinois goods across the globe.

A major food producer in Illinois is Kraft Foods Group. In August 2013, Kraft, which has its global headquarters in the state, announced that it would invest $40 million in its manufacturing facility in Granite City, creating 30 new jobs. The plant makes ready-to-drink beverages. Kraft acquired the facility in 1991 and expanded several times since.

Scott Frick, Kraft’s Granite City plant manager, says the company saw the benefit of making another significant investment in Granite City and noted the support the company received from economic development leaders at the city, county and state level. “We have an excellent workforce here, which is an important consideration when adding jobs,” he says.

With such a huge focus on food production, food safety is a major focus in Illinois and home to The Institute for Food Safety and Health (IFSH), a one-of-a-kind applied food research institute that provides academia, government and the food industry with the opportunity to develop and exchange knowledge, experience, and expertise to address key issues in food safety, food defense and nutrition.