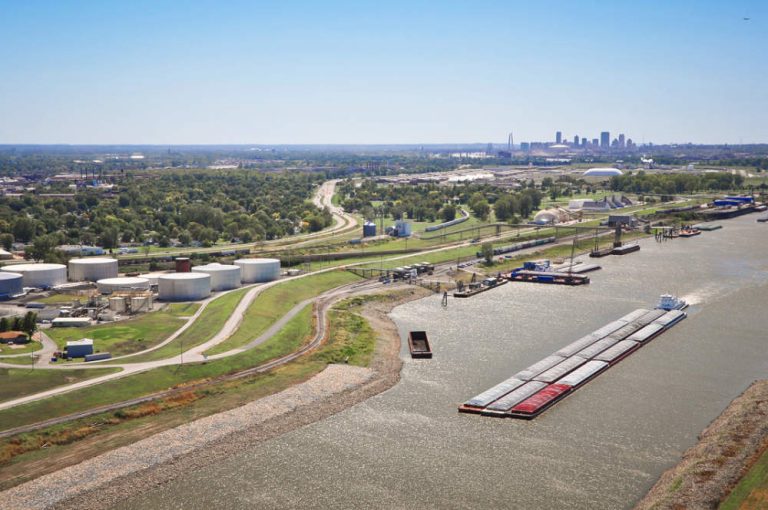 By road, rail, air or water, Illinois can move the goods.

Site experts surveyed by Area Development magazine ranked Illinois third in 2013 among all U.S. states in transportation infrastructure, which includes 12 interstate highways and a rail network that is second to none.

Adding to its enviable transportation network is a strong airport system, with Chicago’s O’Hare International Airport remaining one of the busiest airports in the world and Chicago Midway International, a major hub for Southwest Airlines, serving more than 17 million domestic and international passengers each year. The state has 137 public airports in total, including several with regular commercial service.

The state has the nation’s largest rail gateway in Chicago and another major rail hub in east St. Louis. Overall, the state’s freight rail transportation system, with 52 rail carriers, efficiently connects the state to every part of North America. Communities across Illinois have leveraged the rail network in developing high-quality commercial and industrial sites.

Rochelle, an hour west of Chicago, is situated at the intersection of the Burlington Northern Santa Fe and the Union Pacific Class I rail line.

“Years ago, we also established a City of Rochelle Railroad with tracks that allow BNSF or Union Pacific railcars to switch tracks and continue to further destinations to deliver goods,” says Jason Anderson, executive director of the Greater Rochelle Economic Development Corp.

Rochelle also has convenient highway access at the intersection of north/south I-39 and east/west I-88.

“Because of our transportation advantages, 15 industries were established and 16 plants expanded over the last 10 years at a total capital investment of $1.2 billion, and 1,500 permanent jobs were created,” Anderson says.

Union Pacific operates the Global III Intermodal Facility in Rochelle, a 1,200-acre interchange hub and loading/unloading terminal for rail intermodal shipments. And Rochelle still has thousands of acres of land to welcome additional businesses and industry.

“We have more than 3,000 acres that we can expand, and Rochelle owns its own utilities and has an abundance of water, sewer, power and fiber optics lines installed,” Anderson says. “We have it all for any companies looking for an excellent logistical location to do business.”

Barging In and Out

The state also offers an extensive water transportation system, connecting the Great Lakes to the Mississippi River and ports on the Gulf of Mexico. Lake Michigan gives Illinois access to the Atlantic Ocean by way of the Saint Lawrence Seaway. The Port of Chicago is the largest inland general cargo port in the nation and serves barge traffic, as well as ocean and lake freighters. Twelve rail lines serve the port, which offers direct interstate access.

Operating along the mighty Mississippi River is America’s Central Port, formerly called Tri-City Regional Port District but rebranded in 2013 to take advantage of its premium location in the middle of the United States.

“We completed a study showing that our port provides a $282 million annual economic impact to Madison County and its three main communities of Granite City, Madison, and Venice,” says Dennis Wilmsmeyer, executive director of America’s Central Port. “We aren’t a tax burden on local, state or federal governments, with all of our money generated from tenant leases, fees attached on products going across the docks, and rail car revenues.”

America’s Central Port is responsible for 600 direct jobs from businesses located on site, and operators handle 2.5 million tons of products each year valued at $1.1 billion.

“This port loads and unloads 2,500 barges each year traveling along the Mississippi River that haul products such as agricultural commodities, steel, fertilizer and asphalt,” Wilmsmeyer says. “We are on 1,200 acres with 1.7 million square feet of warehouse space, and in 2014 are opening a new $45 million South Harbor facility to further handle train cargo.”