Illinois is An Epicenter for Innovation

Illinois has long been a center for research and technological development. 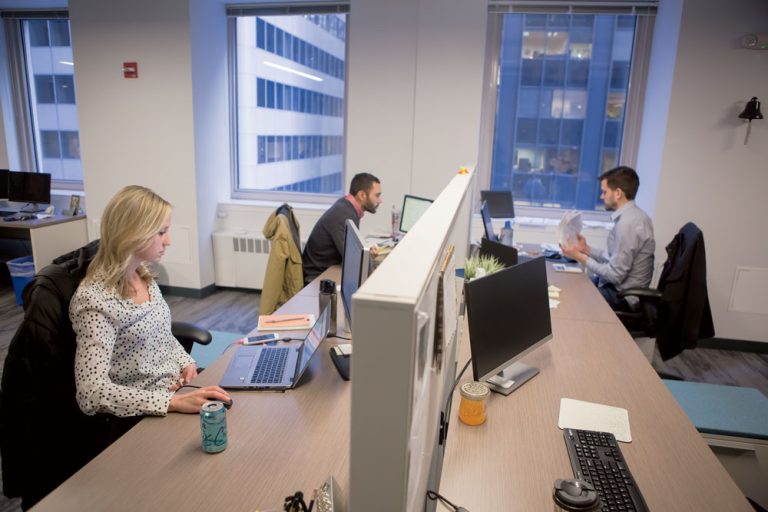 Illinois has long been a center for research and technological development. The Prairie State boasts 440 corporate R&D facilities, 144 research centers and 71 federal labs, including Argonne National Laboratory and Fermi National Accelerator Laboratory, the latter “America’s particle physics and accelerator lab.” A high concentration of broadband connectivity and ready access to venture funding are also competitive advantages, as are the state’s research universities, which include Northwestern and the University of Illinois, both of which feature strong engineering programs. Illinois also boasts more than its share of incubators and accelerators, including mHub, which bills itself as Chicago’s first innovation center focused on physical product development and innovation.

Is it any wonder that inventors received more than 5,000 patents in Illinois in 2015, or that Brookings Institution recently recognized Chicago as one of 19 global knowledge capitals?

The state’s roster of tech parks includes University Technology Park (UTP), a four-building complex located 10 minutes from downtown Chicago that is home to 19 growing companies in fields like materials and life sciences and medical devices. Among the incubator tenants is Sigenics Inc., which specializes in designing and delivering custom integrated circuits for a diverse array of manufacturers.

Company co-founder Philip Troyk says UTP has been a good home for Sigenics, allowing it to leverage the capabilities of the university. He notes the presence of highly motivated and well-educated students and alumni, including the two Stuart School of Business grads who recently implemented an innovative sales and marketing campaign on behalf of the company. And, the park offers a location convenient both for employees who want to live in the Chicagoland area and for customers who want to visit. “Illinois is a transportation hub,” Troyk says.

Goby, a cloud-based energy management and invoice automation platform for the commercial real estate industry, recently opened a new headquarters on N. LaSalle Street, its growth fueled in part by a deep pool of young workers.

“The quality of the entry level and young tech talent is better in Chicago than almost anywhere in the country,” says Chris Happ, CEO of Goby.

Happ says the “Midwestern work ethic of the people we are recruiting” has helped the company grow to 75 employees and enabled its multinational client base to realize impressive cost savings. The energy reduction of users of Goby’s platform over the past year was just under 25 percent, Happ says, noting that the energy insights Goby provides allows its clients to reduce their carbon footprint and then report on their overall sustainability objectives.

Much like Troyk, Happ considers Chicago’s location to be an asset, as “it’s easy to get to both coasts and it’s central for others to visit.” The high quality of life and affordability of the region also help explain the growth of the local tech community. “I’ve noticed quite a difference in the number of companies springing up in the past five years,” Happ says.

Amanda Lannert, CEO of Jellyvision, isn’t surprised that Chicago has become a hub for tech innovation, either.

“You can build a business in a capital efficient way here; rents are lower and it takes less money to get from A to B than it does in New York or San Francisco,” she says. “There’s also a customer mindset that allows you to build a valuable and lasting business here.”

Jellyvision is a case in point. The company develops enterprise software that helps large employers help their employees choose and use their benefits. The company has 850 enterprise customers and 14 million employees using its platform, enviable success built, she says “on the availability of incredible talent that is loyal and affordable … in a town where employees can afford a home and a life.” More than that, she says there’s a strong sense of community, and local tech CEOs are investing in the success of their colleagues.

“There’s not a lot of posturing and BS,” Lannert says. “People here are candid and ready to help each other, so you can learn real and valuable lessons. People in Chicago do a lot of work to help others be successful.”