Learn why the manufacturers that make the products that enhance our lives are making Illinois their business address of choice. 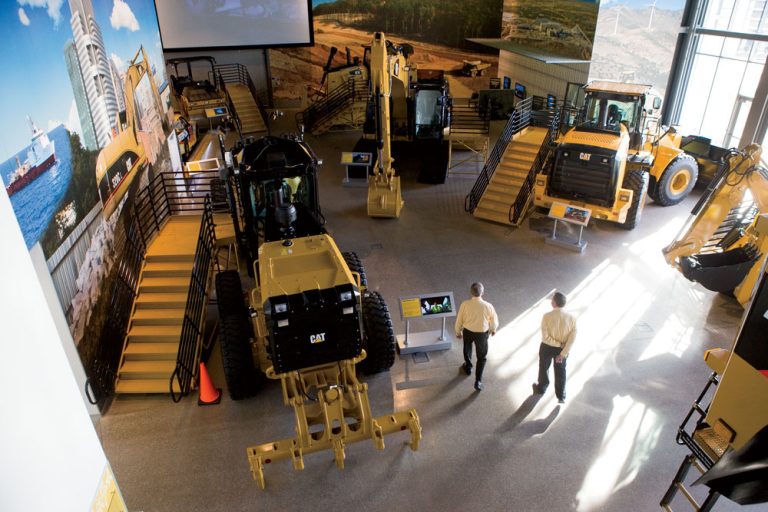 Manufacturers in Illinois make the products that enhance the lives of people across America and around the globe, from elevators and agricultural equipment to automotive components, power tools and electronics. Altogether, the 19,500 manufacturing operations in Illinois employ 578,000 workers.

The value of their output topped $101 billion in 2015 – fifth among all states – and accounted for 13 percent of the gross state product. Some of the world’s best-known brands have major manufacturing operations in Illinois, including Caterpillar, Case New Holland, Deere & Co. and KONE, which manufactures elevators and escalators. The state has seen an influx of foreign direct investment (FDI) from international companies such as Shanghai-based Yanfeng Automotive Interiors, the world’s leading supplier of instrument panels and cockpit systems, door panels, floor consoles and overhead consoles.

The company is creating 400 jobs at its new manufacturing facility in Belvidere. The plant will supply components for SUVs built at the Fiat Chrysler Automobiles US Belvidere assembly plant. Fiat Chrysler announced in 2016 that it would invest $350 million in its Belvidere facility, in operation since 1965, for production of Jeep Cherokee vehicles. The company said it would create approximately 300 new jobs. “The advantage of having a plant in Belvidere is that we are in close proximity to our customer, FCA. We are pleased to be part of the community and look forward to establishing operations there,” says Debra Ortisi, Yanfeng’s executive director of communications.

Manufacturing has evolved into a technology-driven enterprise, as customers clearly see when they visit CNH Industrial. The company manufactures and markets agricultural and construction equipment under its Case IH, New Holland Agriculture, Case Construction and New Holland Construction brands as well as powertrains for FPT Industrial in North America. The company has its North American regional headquarters in Burr Ridge, where it also has a corporate center-of-excellence for engineering, R&D and industrial design, and an array of other functions. Those operations occupy more than 470,000 square feet on a 112-acre site.

The Burr Ridge facility has a virtual reality suite with the capability to display CNH’s equipment in full scale. Engineers are able to build prototypes with a computer. The company invites key customers to participate. “The Chicagoland location offers a strong technical and business talent pool, access to world-class academic and research facilities, global reach that supports recruitment of a diverse and technically skilled workforce and proximity to a major international airport, all of which is critical for our large global organization,” says spokesperson Athena Campos.

The company’s Goodfield plant is the center-of-excellence for the design and manufacture of tillage and fertilizer application equipment marketed around the world. The plant encompasses 450,000 square feet of manufacturing and engineering space located on 78 acres. The plant exports more than 15 percent of its production. “The Goodfield-Morton area offers access to an experienced manufacturing workforce. The plant location provides close-in access to key Midwest markets and high quality surface transportation for logistics of raw materials and finished product shipment,” says Campos. The company employs about 800 workers in Burr Ridge and approximately 300 in Goodfield.

“We know that technology is drastically changing what’s happening on shop floors; the Hub is a network of resources that is providing personalized guidance to small and medium manufacturers, providing the resources needed to remain or become among the most advanced in their fields. All of this leads to strengthening the entire state’s reputation as a leader in the manufacturing industry,” he says. Manufacturers in the region, including global leaders such as Deere & Company, ADM, and the Rock Island Arsenal, can draw on numerous assets, says Liz Murray Tallment, chief economic development officer for the Quad Cities Chamber.

“Here, companies can easily access major markets through our air, waterway, rail and trucking infrastructure while operating at a more competitive cost of doing business,” Tallment says. “Manufacturing is deeply ingrained in our community, and as such we have a productive, technically minded, and affordable workforce driven by some of the best educational institutions in the country.”