Superior transportation infrastructure and logistics capabilities are a true differentiator for Illinois, making the state a gateway to domestic and international markets. 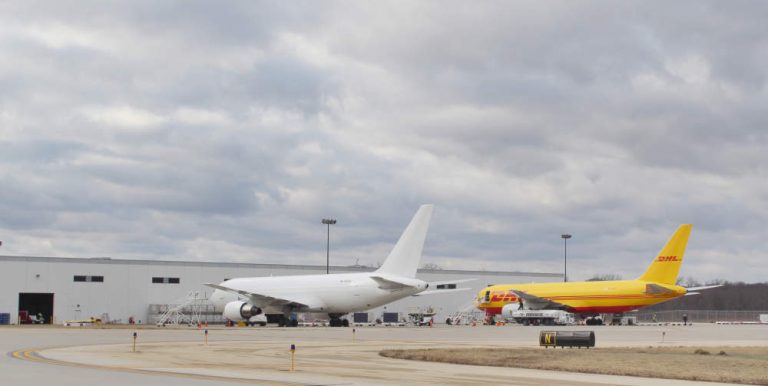 Freight is the lifeblood of Illinois, moving through the state by every mode of transportation. The state is home to more than 1,100 miles of navigable waterways, and provides an efficient and cost-effective link between the Atlantic Ocean via the St. Lawrence Seaway and Great Lakes as well as the Gulf of Mexico. Those waters serve a dozen port districts, including the Port of Chicago, which handles ocean and lake freighters as well as barges.

Major interstates run through the state, including coast-to-coast routes Interstates 70, 80 and 90. And Illinois is a freight rail capital, too. Chicago is the largest U.S. rail gateway, with another major rail center in East St. Louis. More than 50 rail carriers provide service to every part of the United States. Six of seven Class I carriers interchange in the state.

To help handle the flow of cargo, East St. Louis is developing 200 acres of a former industrial site into the Port of East St. Louis along the Mississippi River. The public-private partnership has broken ground on a $7 million project to build roads, rail lines and utilities to serve the future port. Eventually the multimodal facility will include cargo cranes, warehouses and public docks.

“One goal of this project is to increase the mobility of freight and commodities, both domestic and international, through the connectivity of the Mississippi River to the density of rail and road infrastructure present at a vital American crossroads,” says Jerry Blair, director of transportation for the East-West Gateway Council of Governments.

Chicago is home to Coyote Logistics, a non-asset-based third-party logistics (3PL) provider that arranges transportation for more than 14,000 shippers, from Fortune 100 companies to small businesses. Growing to more than 2,000 employees since it was founded in 2006, Coyote has been frequently recognized as one of the best places to work, both nationally and locally. The company has become known for its innovative Private Fleet Service, which identifies backhaul matches between a shipper’s underutilized assets and Coyote’s freight network, CEO Jeff Silver says.

The state’s logistics advantages are attracting investment and jobs. For example, railroad connections make the 435-acre John W. Kelsey Business and Technology Park in Greenville a hot property. Located at the intersection of the CSX and BNSF railroads near I-70 and less than one hour from St. Louis Lambert International Airport, the site was certified by CSX Transportation and Austin Consulting as a CSX Select Site. That indicates to companies and developers that a park is an ideal rail-served location. In Granite City, America’s Central Port features 1,200 acres adjacent to the Mississippi River and is home to 1.7 million square feet of warehouse space, 70,000 square feet of office space and more than 70 tenants.

“We’re close to the Chicago distribution centers and warehouses as well as O’Hare Airport. Logistically you can’t ask for more,” Dunn says. The airport, with 3,000 acres in its secure fenced area, is home to the second-largest UPS air hub in the U.S., and can accommodate large cargo aircraft such as the Boeing 747-8 and Airbus A380. It was also selected as the site for a new aircraft maintenance, repair and overhaul (MRO) facility by AAR Corp., the largest MRO provider in the U.S. The company will build a 200,000-square-foot facility that will employ about 500 people. Rock Valley Community College will establish a training facility next door to certify airplane mechanics to work in the new AAR facility. “The cost of operating at this airport is much lower than at the big airports,” Dunn says. “There’s not an airplane flying today, commercial or military, that can’t land here or hasn’t landed here once or twice.”