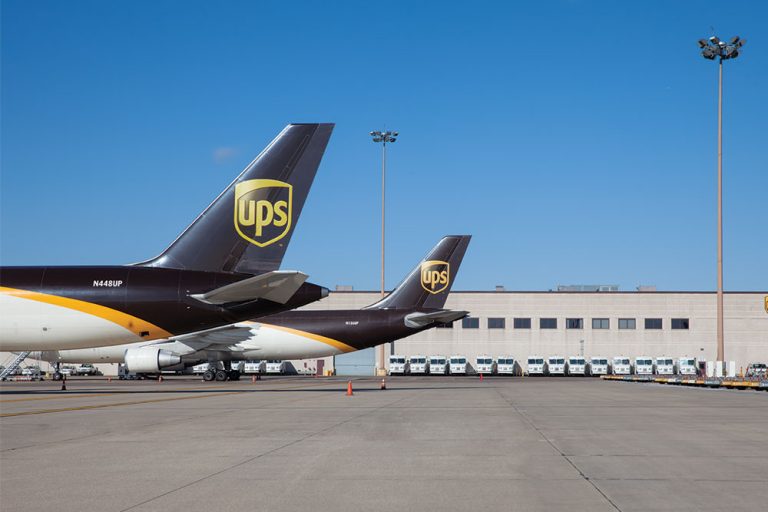 By road, rail, air or water, Illinois can move the goods.

The state is a strategic hub for logistics and distribution companies due to its Midwest location and major advantages in infrastructure, including the third-largest interstate highway system in the nation. Interstates running throughout the state include coast-to-coast routes I-70, I-80 and I-90.

Illinois is also a freight rail capital and the only state where all seven of the country’s Class I freight railroads operate through it. More than 50 percent of all rail traffic in the nation passes through Illinois, with Chicago being the largest U.S. rail gateway and East St. Louis another major rail center.

Class I Carrier CSX is in the development stage for a state-of-the-art intermodal terminal in Will County. Using sustainable technology, including quiet electric cranes and directional lighting to minimize the impact on the surrounding area, the planned intermodal facility will have annual processing capacity of 500,000 lifts. The facility will include seven zero-emissions electric cranes, eight 6,000-foot processing tracks and two 6,500-foot support tracks.

Chicago O’Hare International Airport was the sixth-busiest airport in the world in 2016, handling more than 78 million passengers, according to Airports Council International. O’Hare is among five international airports in Illinois. The state also has seven additional commercial service airports.

Adding to the impressive transportation sector in Illinois is a port system with more than 1,100 miles of navigable waterways. Most of the ports are along the Mississippi River,  linking freighters and barges with the Gulf of Mexico, while the Port of Chicago provides access to the Atlantic Ocean via the Great Lakes and St. Lawrence Seaway.

The busiest port in Illinois is America’s Central Port, which is just north of St. Louis and has two Mississippi River harbors – one in Granite City and one in Madison. The $50 million harbor in Madison opened in February 2016 and joins the Granite City facility that has been in existence since 1959.

“We move more than 80 million tons of products each year, which is a lot,” says Dennis Wilmsmeyer, America’s Central Port District executive director. “Along the Mississippi River, about 60 percent of what we ship is grain headed to New Orleans for export.”

The intermodal America’s Central Port is within a few miles of five interstate highways and can accommodate trains from any of the nation’s Class I rail carriers. It also houses Foreign Trade Zone No. 31.

“There are about 850 employees working for the many companies at our harbors, and we move commodities like grain, steel, asphalt, fertilizer and oil,” Wilmsmeyer says. “Phillips 66 and Apex Oil are our two largest tenants.”

In Effingham County in the southeast portion of the state, Interstates 57 and 70 intersect there to give any logistics company the best of transportation networking heading east-west or north-south.

“Indianapolis and St. Louis are easily accessible along I-70 from here, while the same holds true along I-57 for Chicago to the north and Memphis to the south,” says Craig Nielson, president/CEO of Effingham Regional Growth Alliance. “CSX and Canadian National Railway intersect in Effingham as well, and we have an industrial park with excellent highway visibility along I-70. We recently welcomed agricultural seed company Beck’s Hybrids as our newest tenant.”

Another top-drawer distribution area in Illinois is the Rockford region in the northern part of the state. Within that region is a fast-moving I-90/I-39 corridor along with Rockford International Airport, which houses the second-largest UPS hub in the nation. Home improvement chain Lowe’s operates a 1.45 million-square-foot distribution center in Rockford that opened in 2007.

“The airport is a key reason why 90 aerospace companies are located within Winnebago County,” says Nathan Bryant, president/CEO of the Rockford Area Economic Development Council. “Rockford International also recently opened a maintenance, repair and overhaul (MRO) facility that allows the airport to land and fix any plane in the world.”

Bryant adds that another transportation advantage in the Rockford area is its railroad connection to the large-scale Global III Intermodal Facility located 25 miles south in Rochelle.