Illinois Has A Lot to Offer Tourists

In every corner, Illinois packs plenty of must-se experiences 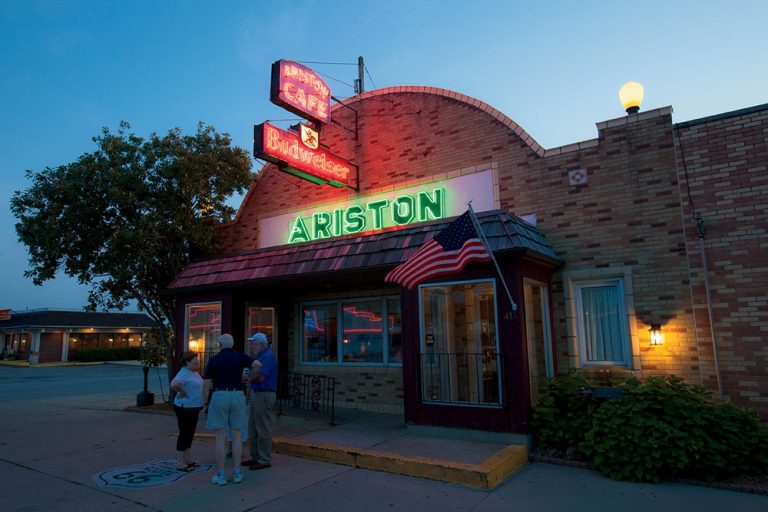 The broad shoulders of Chicago have often overshadowed the full body of attractions and activities that exist throughout Illinois. But the secret is now out about the rest of the state. Each region of Illinois has its own distinct appeal, and visitors increasingly are discovering everything else the state has to offer outside the Windy City.

“When a lot of people think about Illinois they think about Chicago and deep-dish pizza, but we’re so much more than that,” says Cory Jobe, director of the Illinois Office of Tourism. “We continue to see a healthy increase in visitors throughout the state, and a particularly strong leisure demand.

Here is a primer on what visitors can find in all corners of Illinois:

The southern part of the state is about as far away from Chicago as one can get in Illinois, in terms of both distance and vistas. Skyscrapers are replaced by towering rock formations at the Garden of the Gods, located within the Shawnee National Forest. Instead of corner pubs, visitors can enjoy the Shawnee Hills Wine Trail with stops at a dozen different wineries. And the urban Chicago River is replaced by the rural Cache River, which Budget Travel named one of the 10 “Hidden Gems” in the United States.

“You don’t think about Illinois when you think about swamplands, but that’s what it’s like when you’re on the Cache River. You’d think you were canoeing through the swamplands of Louisiana,” Jobe says. “All of Southern Illinois is really a hidden asset. You can explore something different every day. If you’re into outdoor recreation and nature, Southern Illinois has it all.”

One of the most spectacular drives in the U.S. can be found on the western edge of Illinois, along the Mississippi River. The 550-mile long Great River Road offers beautiful views and historic communities, with a wide variety of restaurants and small shops sprinkled along the way.

Among the most popular stops are the National Great Rivers Museum in Alton, the John Deere Pavilion and Store in Moline, the Caterpillar Visitors Center in Peoria, Pere Marquette State Park in Grafton, the Ulysses S. Grant home in Galena, and the Lincoln-Douglas debate site in Quincy.

Also located along the Great River Road is the small town of Nauvoo, where the second Mormon temple ever constructed was built in 1846. Visitors can take a horse-drawn wagon tour through this picturesque community and see old-fashioned bakeries, brick- and broom-making shops, and the house where Brigham Young once lived.

“Western Illinois is a great place to step back in time and really experience history, instead of just reading something on a plaque,” Jobe says.

It has long been known that you can get your kicks on Route 66, the historic roadway that starts in Chicago and cuts through the center of Illinois, connecting such charming small towns as Plainfield, Sherman and Carlinville.

In addition, Abraham Lincoln sites abound throughout the central part of the state, highlighted by the Lincoln Presidential Library and Museum in Springfield. This 200,000-square-foot complex combines the type of historical artifacts found in most museums with interactive digital technology that tells Lincoln’s story. “It’s Disney World meets the History Channel,” Jobe says.

Central Illinois is also home to Starved Rock State Park along the Illinois River. Known for its waterfalls, Starved Rock had more than 3 million visitors in 2016, which would rank it among the top 10 national parks in the country in terms of attendance. “That’s really one of our rising attractions,” Jobe says.

Of course, there remains plenty to see and do in Chicago itself. There are numerous museums and music clubs throughout the city, along with more than 18 miles of open beachfront along Lake Michigan and walkable neighborhoods filled with shopping and dining options.

The sports scene has always been an integral part of Chicago life, but the excitement has picked up a notch following the Chicago Cubs’ 2016 World Series championship, their first title in 108 years. “That’s added an extra spark to a city that already rocks with food festivals and music festivals and all the great things happening in the neighborhoods,” Jobe says.