Illinois offers an amazing diversity in entertainment, attractions, arts, culture and food across the state 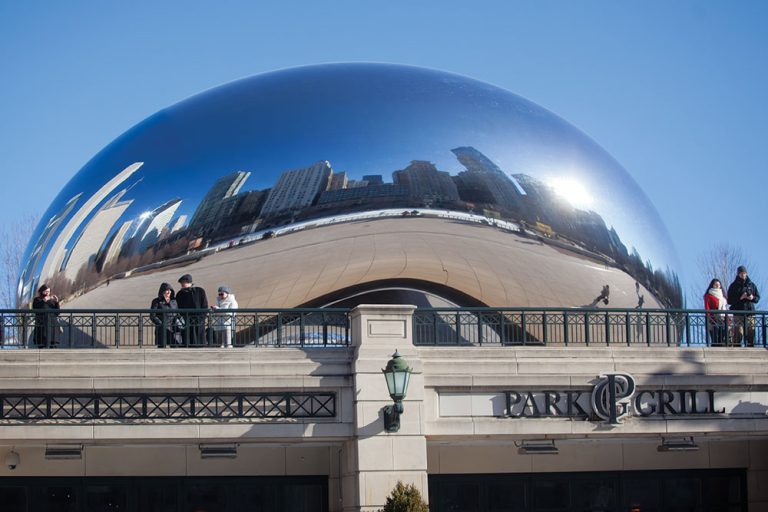 Illinois is a study in contrasts, from the comfortable feel of its smaller towns and the peace and beauty offered by its ample open spaces and natural areas, to the cosmopolitan vibe of a world capital like Chicago.

And what a toddlin’ town Chicago is. The city of broad shoulders is known the world over for culture, cuisine and its open-24-hours vibe. It is the city of fabulous museums, deep dish pizza, Chicago hot dogs, and 5,000 restaurants of American and international flair, plus professional sports teams like the Bulls, Bears, Cubs, White Sox and Blackhawks.

It also houses the Chicago Cultural Center, one of the city’s most popular attractions that lures 900,000 annual visitors. Those visitors witness more than 800 free programs and exhibitions spanning visual, literary and performing arts.

“In addition, the Cultural Center serves as the official reception site where the Mayor of Chicago welcomes U.S. presidents, international leaders and royalty,” says Matt Nielson, deputy commissioner of the Chicago Department of Cultural Affairs and Special Events. “The Center is even more unique because when you look at other major cities both nationally and internationally, Chicago has one of the largest free cultural centers in the world.”

Nielson points out that Chicago overall is a vibrant cultural capital thanks to renowned museums, a famed opera and symphony, and an incredible theater scene.

“Chicago theatrical companies have won more Toni Awards outside of New York than any other city in the nation,” he says. “People who visit Chicago will see arts and culture that they probably aren’t getting where they come from. The fact that much of it is free makes it even more unique.”

Chicago is also filled with blues clubs and festivals, plus entertainment attractions such as Second City and the Brookfield Zoo. Additional sites include Millennium Park, Navy Pier and Skydeck Chicago’s The Ledge, plus there are eight Chicago Park District golf courses. Visitors and residents can see much of the city via excursions such as Explore Chicago Tours along with Shoreline Sightseeing tours along the Chicago River.

“Nestled in the heart of the Midwest, Illinois is home to mile after magnificent mile of renowned museums, historic sites, outdoor adventures, scenic routes, good eats, great wine and a world-class city,” says Jen Hoelzle, deputy director with the Illinois Office of Tourism. “But we are made up of more than just our places and our deep historical roots. Illinois is all about the people you meet along the way.”

Central Illinois could be nicknamed the land of Lincoln thanks to the 16th president’s tomb located in the region as well as the Old State Capitol where he gave his House Divided speech. Also in the area are his law office, the only home he ever owned, and the Abraham Lincoln Presidential Library & Museum that opened in 2005. Central Illinois is also where the state capital of Springfield is located as well as the University of Illinois.

Hoelzle adds that for outdoor enthusiasts, Southern Illinois has a number of trails along with vistas such as the Shawnee National Forest as well as Garden of the Gods. There are also recreation areas such as Fort Massac State Park, Rend Lake and Giant City State Park.