Several hundred firms are benefitting from Illinois’ strategic focus on life sciences, one of the state’s seven “anchor clusters.” 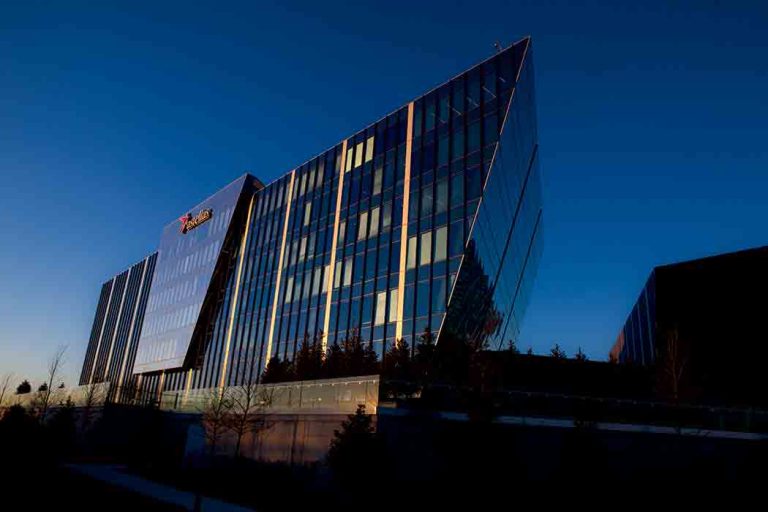 When Paul Fehrenbacher describes Briteseed’s steady growth since its 2012 launch, he reels off a dozen entities that have boosted the Chicago-based startup, whose SafeSnips device enables surgical tools to detect blood vessels that surgeons can’t see with the naked eye.

“The timing was ideal for a med-tech startup in Illinois,” says Fehrenbacher, the firm’s co-founder, president and CEO.

The company was born out of the 2011-2012 Northwestern University NUvention: Medical Innovation, ranked by Inc. magazine as a top 10 U.S. entrepreneurial program. Along the way Briteseed won startup competitions including Chicago’s Techweek LAUNCH and joined the city’s support network for emerging med-techs, including Chicago Innovation Mentors, iBIO PROPEL and, most recently, MATTER.

The company gained access to surgeons to validate its technology thanks to the Illinois Medical District and local universities such as Rush, and attracted local investors who were incentivized to contribute by the Illinois Angel Investment Tax Credit Program. In 2013, the company partnered with Insight Product Development to form Chicago’s first medical-device accelerator, Insight Accelerator Labs.

Briteseed is among several hundred companies benefiting from Illinois’ strategic focus on life sciences, one of seven “anchor clusters” identified in a five-year strategic plan launched by the Illinois Department of Commerce & Economic Opportunity.

From the lab to the marketplace, Illinois is driving innovation in life sciences, biomedicine and biotechnology, a trifecta with an economic output of $98.6 billion that employs nearly 592,000 and is projected to add 157,000 jobs by 2025.

Setting the pace, industry giants including Abbott, Baxter, Pfizer, Takeda and Astellas have significant operations in the state, among the 225 companies in the sector with at least 50 employees. Illinois’ life sciences sector is highly diverse, with major segments in areas such as medical devices, pharmaceuticals, testing laboratories and bioscience-related distribution.

“Illinois works hard to create a nurturing environment for business growth so life science companies are able to best serve our patients,” says Jim Robinson, president of Astellas Pharma US Inc. in Northbrook, the U.S. affiliate of Tokyo-based Astellas Pharma Inc. “The concentration of top-tier science and medical schools, a well-educated workforce and a healthy business environment all combine to make Illinois an ideal location for Astellas’ headquarters for the Americas and our global-development organization.”

Other key factors include robust government and private-sector research capabilities, standout incubator and acceleration facilities and access to capital, all of which are music to the ears of Harry Rowland, who co-founded Endotronix in 2007 thanks in large part to a technology incubator at the Peoria Next Innovation Center at Bradley University. The company develops solutions for congestive heart failure (CHF) and makes a wireless sensor reader to aid in prevention.

“Incubators are critical to fostering the beginnings and growth of new ideas into new companies, and new products into revolutionary breakthroughs,” Rowland says. “Support at the early stage is essential, and Illinois is actively building the right community and ecosystem to enable this growth.”

The state also leverages research clout from its universities. For example, the University of Illinois, University of Chicago and Northwestern are among the top 50 universities nationwide in research funding from the National Institutes of Health. Illinois also harnesses major private-sector R&D resources from the collection of global life sciences players in the state.

The state’s tech-savvy workforce positions it for continued life sciences growth. Bioengineering is the fastest-growing STEM occupation in Chicago, and Illinois has an 11 percent greater concentration of jobs in biosciences relative to the national average.

A bevy of other helpful resources includes the Illinois Institute of Technology campus, University Technology Park (UTP), one of the nation’s fastest-growing hubs for high-tech innovation. Its more than 300,000 square feet of lab and office space bolster growing companies focused on materials and life sciences, biomedical engineering, medical devices and diagnostics, and other forward-looking fields.

Taken together, these factors create an irresistible draw for emerging leaders in the life sciences. Briteseed’s Fehrenbacher echoes a sentiment held by many in the industry in the state.

“We are firmly rooted in Illinois, and we look forward to supporting the rapidly growing medtech and startup ecosystem here,” he says.

Read about the hospitals and health-care options in Illinois.