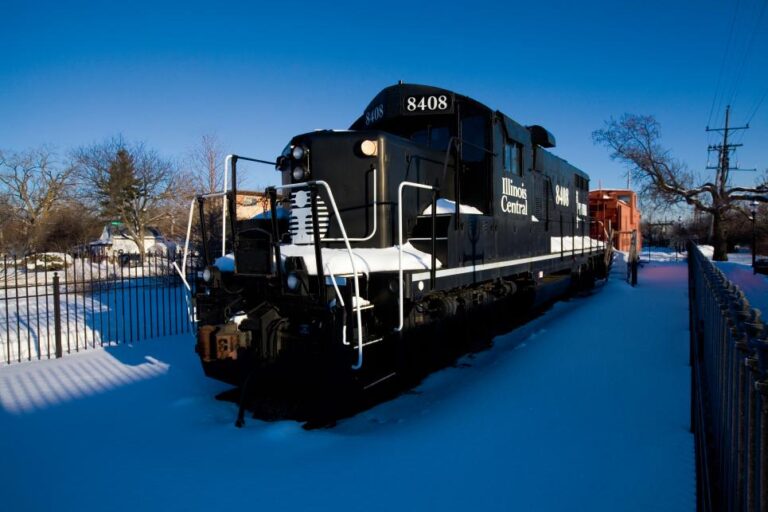 Since the late 1800s, when train stations were the centerpieces of local towns, the railroad industry has served as the backbone of Chicago Southland’s economy. Trains continue to pull the region into a prosperous future.

The Southland is home to four thriving intermodal terminals: Belt Railway in Bedford Park, Union Pacific in Dolton/South Holland, Union Pacific/CSX in Crete and Canadian National in Harvey. Canadian National is also in the midst of constructing a multi-million dollar CN Chicago Logistics Park adjacent to its Harvey terminal, with the park estimated to create more than 1,000 new jobs over a 10-year period.

“The park will allow companies doing business with CN to locate next to one of the largest intermodal terminals in the country,” says David Hinderliter, President and CEO of the Chicago Southland Chamber of Commerce.

CN Chicago Logistics Park has a tentative 2015 opening date and will span 500 acres, with 2.5 million square feet of warehouse space. A Foreign Trade Zone will be established, and truckers will have easy access to Interstates 57, 80 and 294.

Chicago Southland enjoys a long history with the rail industry, with stories of the Illinois Central Railroad (now Canadian National) dating back to the 1850s.

“The railroads were like today’s interstates, with communities beginning to blossom if they had the railroad passing through their town,” says Jim Wright, president of the Homewood Historical Society. “Besides hauling freight, commuter rail also started to flourish and transformed a number of farming communities into bedroom communities.”

Wright says Homewood eventually became a large marshalling yard for Illinois Central to route boxcars to various destinations, and the village of Homewood continues to thrive today as the U.S. headquarters for Canadian National.

“CN is a good community partner,” he says. “They’re even constructing a training center for future employees who will work at the new logistics park.”

Besides terminals, also contributing to the Chicago Southland economy is train-based manufacturing, including Funk Linko that constructs undercarriages for locomotives. The Chicago Heights company manufactures nine locomotive frames each month that weigh up to 60,000 pounds apiece, and supplies them to customers such as Burlington Northern, CSX and Union Pacific. Funk Linko also ships its locomotives to countries as far away as Saudi Arabia and Tanzania.

Park Forest Rail Fan Park has a 35-foot elevated platform that allows visitors to view action occurring below from a large cloverleaf interchange for trains, and a live audio feed enables tourists to listen to the 30-plus trains that pass under this platform each day.