At the University of Chicago, the Institute of Molecular Engineering researches energy, information technology, immunology and more. 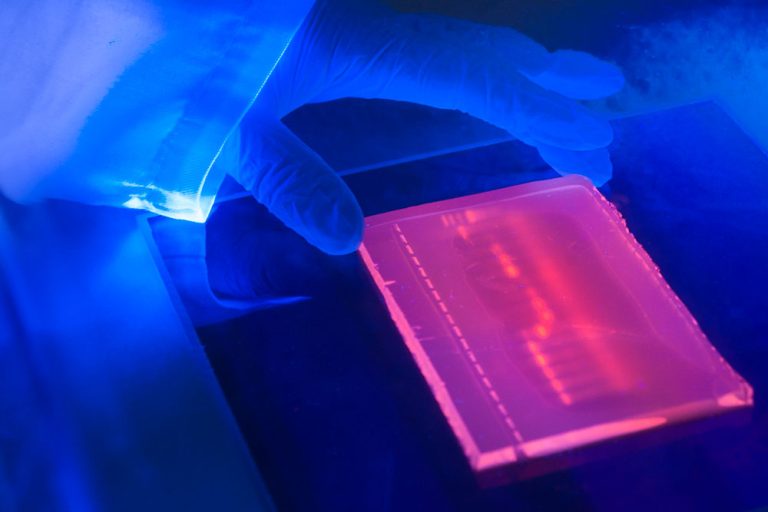 Breakthroughs in research occur every day at Illinois colleges and universities, and the University of Chicago has established a specific institute to tackle the tiniest research imaginable.

University of Chicago president Robert Zimmer wanted to combine science, innovation and engineering in one center, so the Institute of Molecular Engineering was established in 2011 and will eventually recruit a total of 25 top researchers from around the United States. As of January 2014, nine researchers have been hired at IME.

“We know there are many good engineering research programs around the country in sectors such as civil, chemical, electrical and mechanical, but we wanted to go unconventional to establish our research at the smallest level possible – the molecular level,” says Sharon Feng, Institute of Molecular Engineering executive director. “Instead of building bridges and water towers, we provide research toward making membranes for damaged corneas in the human eye, and vaccines that target specific diseases.”

IME researchers are concentrating their efforts on five specific areas of study: Energy storage and harvesting to develop better batteries, immune-engineering and cancer, molecular engineering of water resources, quantum information and technology that could lead to “unhackable” communications, and an endeavor called arts, sciences and technology.

“Arts, science and technology involves a theater laboratory where communications skills are being taught to researchers, so they won’t sound so nerdy when conveying their amazing innovations on stage to the media or the nonscientific world,” Feng says. “Bottom line is that IME is putting together top molecular research teams that are tackling big challenges that will make the world better.”