Partnerships provide Illinois businesses with the qualified workers the state needs to remain the economic engine of the midwest. 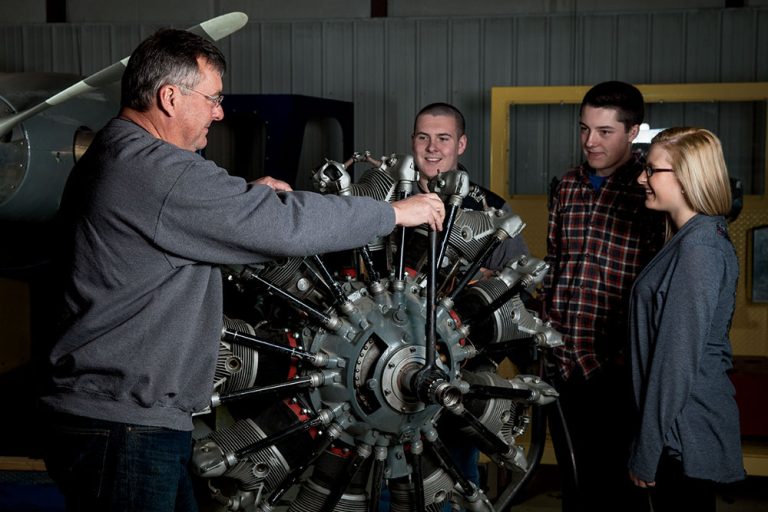 Illinois has more than its share of competitive business advantages, including a centralized location, a highly educated workforce and an enviable transportation network, which explains why 33 Illinois companies earned a place on the Fortune 500 list in 2014.

But Illinois isn’t resting on its laurels. In July 2014, the Illinois Department of Commerce & Economic Opportunity (DCEO) created a strategic plan to nurture the state’s existing competitive advantages, while at the same time driving broad-based growth by bolstering high-potential industries and ensuring that small and midsize businesses have the talent needed to grow.

As part of that plan, Illinois expects to expand the number of participants in workforce programs by 25 percent, while also implementing new initiatives to train qualified workers for employers in high-growth sectors of the economy.

“You hear over and over again that employers can’t find skilled workers,” says Julio Rodriguez, director of workforce programs at DCEO, referring to the so-called “skills gap,” a much-discussed national issue.

“We focus on the demand side of employment and make the employer the direct recipient of how we deliver our services,” Rodriguez says, noting that the DCEO does sector-based training to develop qualified workers for high-demand sectors like manufacturing, information technology and health care, while also providing on-the-job training programs that cover up to 75 percent of the cost of training a new hire.

“We are a value-add to employers because we assess job seekers,” he says. “But we also help hire workers that may need just a tweak to get into the workforce.”

The state’s 48 community colleges are also expected to play an even greater role in educating and training workers going forward. Illinois aims to increase the percentage of its population with a degree or certificate to 51 percent by 2019, while at the same time training workers in occupational specialties that are mission-critical for the state’s major industries.

One such school is Rock Valley College in Rockford, which is expanding its aviation maintenance technology program in response to a local, and national, shortage of aircraft maintenance technicians.

“One common thread among the companies that do aircraft maintenance is that they have a hard time finding qualified technicians,” says Mark Adolphson, academic chair of the Aviation Maintenance program at Rock Valley. “To meet the needs of Illinois’ aviation community we are going to expand from a one-classroom building to a four-classroom building and will be moving to a much larger hangar (in August 2015). We currently graduate approximately 30 students a year, but we hope to see that number double or triple. The new facility will make the northern Illinois region an even larger player in the aerospace industry.”

Another school responding to the need for workers in a high-growth industry is Springfield’s Lincoln Land Community College, which launched a pioneering Value-Added Local Food certificate program in October 2014, offering a mix of local food, culinary and business courses designed to appeal to food business entrepreneurs (including chefs, farmers and grocers), as well as food service managers and local food professionals.

A primary goal of the program is to encourage the production of more value-added local food products. That is, taking raw product and increasing its value through labor and creativity, thereby creating a higher value for the product and more options for consumers, says Marnie Record, workforce specialist at Lincoln Land and developer of the program curriculum.

So, for example, all the vendors at a local Farmers Market might sell the same variety of heirloom tomatoes, but with sufficient inspiration and training, those same farmers could begin selling their own brand of tomato salsa or tomato sauce.

“If you are going to thrive in the local food market, you need to have something that stands out and is different. But another big driving force of this program is to take what doesn’t sell as raw product – or would otherwise get wasted – and give it an extended life through value-add,” Record says.

Much like Rodriguez and Adolphson, Record says that many job seekers don’t have the skills employers are looking for, so she worked to get feedback from employers and students alike when developing the curriculum.

“I surveyed all of the different industries that would benefit from the program and the results drove the classes and content we are offering,” Record says. “Each step of the way we consulted with employers to make sure their needs would be met.”