Skip to content
Home > IN > Indianapolis > Experiences & Adventures > Best Places for Live Music in Indianapolis, IN

Best Places for Live Music in Indianapolis, IN

Part of a large group of music venues, these stand out among the top 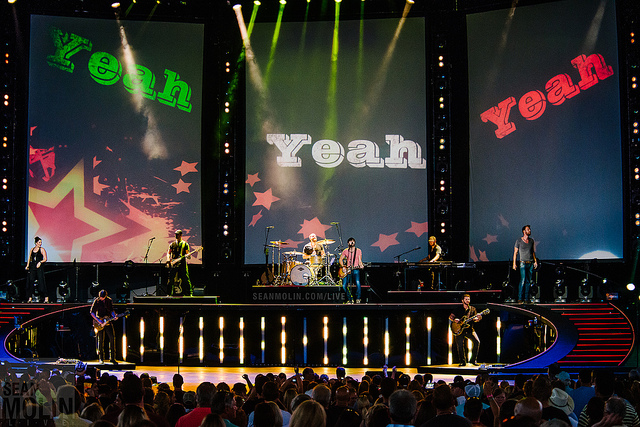 Indianapolis / Courtesy of Sean Molin under a CC 2.0 license.

Live music in Indianapolis, Ind., caters to music lovers of all tastes. From big-show venues that host the most mainstream performers to dive bars that feature jazz, Indianapolis offers nearly 20 places to catch a show. Music lovers may even consider looking for houses in Indianapolis after checking out this city’s sound scene. Here are six of the best live music venues you can’t miss (in alphabetical order):

Always live and local, Chatterbox has hosted jazz acts for more than 31 years. This small, intimate dive bar offers indoor and outdoor seating, free jazz shows from Sunday to Thursday, and a select food menu. Yelp reviews praise it as a great place to chill and hang out, and many are quick to point out it is not a restaurant. Frequent visitors also rave about the affordable drink prices. It’s located in the heart of the Mass Ave. Arts, Independent Restaurant & Theatre District, and there is a $7 cover charge on Friday and Saturday nights, but the rest of the week patrons can simply tip the band in lieu of the charge.

This medium-sized live music haven celebrates its 12th concert season in 2015 and hosts musical acts such as Third Eye Blind and Ben Harper and the Innocent Criminals. The venue is located in the White River State Park, which is also home to the Indianapolis Zoo. Rated a Top 100 outdoor venue via Pollstar, music fans rave about the downtown views and natural green setting, as well as free chairs and local food trucks and vendors. All shows are rain or shine, and the lawn holds about 6,000 guests making it a top spot for a warm-weather concert.

The big daddy venue in the city is Klipsch, which can seat up to 24,000 people and is the largest outdoor music venue in the Indianapolis area. As expected, big names typically perform at the amphitheater, which has been in operation since 1989. Top acts and festivals at the center include Ozzfest, Vans Warped Tour, Family Values Tour, Phish, who has played the stage 25 times, and summer 2015 brings in Kelly Clarkson and Kid Rock. Concert goers can choose to sit on the lawn (general admission) or in a seat in the pavilion. Attendees are likely to attend many shows here, some more than 20, and vendors and good vibes make this a great party atmosphere.

Many music enthusiasts love to be the first to discover a good band among friends. Radio Radio is the venue to do just that. Located in Fountain Square, this intimate venue caters to the more Indie crowd. With a first-class sound system and winding bar, the venue welcomes top acts as well as up-and-comers. This no-smoking venue is only open to visitors 21 and up, and there is a full-service bar. Regulars credit the bar with easy parking, intimacy and friendliness, affordable ticket prices, and as an ideal place to chill after a long week.

Noted for its friendly vibe and handsome beer selection, this German-style venue hosts live music Wednesday through Saturday and some Sundays. The city’s oldest restaurant, in operation since 1894, serves classic German food, along with more higher priced items such as filet mignon. Rathskeller is separated into three sections: an indoor, fine dining room; The Keller bar, which offers a selection of more than 60 beers; and The Biergarten, a full-service bar located outside. Musical guests include everything from polka to rock orchestra, and visitors will especially enjoy the architecture, as it’s housed in a 19th-century Athenaeum Building in downtown Indianapolis.

Also located in downtown, Slippery Noodle lays claim as Indianapolis’ oldest bar, established in 1850. This blues bar has two stages, and many attendees praise the lineups, no matter who they are or on what night they go. It’s a top late-night spot that hosts live blues seven nights a week after 8:30, and welcomes those under the age of 18 before 8 p.m. The menu consists of everything from subs and burgers to soup and salad, and Slippery is also known for attracting celebrities such as Patrick Dempsey and Jimmy Fallon, along with dozens more.

Discover more great attractions in Indianapolis, including shopping destinations, the city’s zoo and a historical park.