Skip to content
Home > IN > Indianapolis > Experiences & Adventures > Ten Things to Do in Indianapolis, IN

Ten Things to Do in Indianapolis, IN 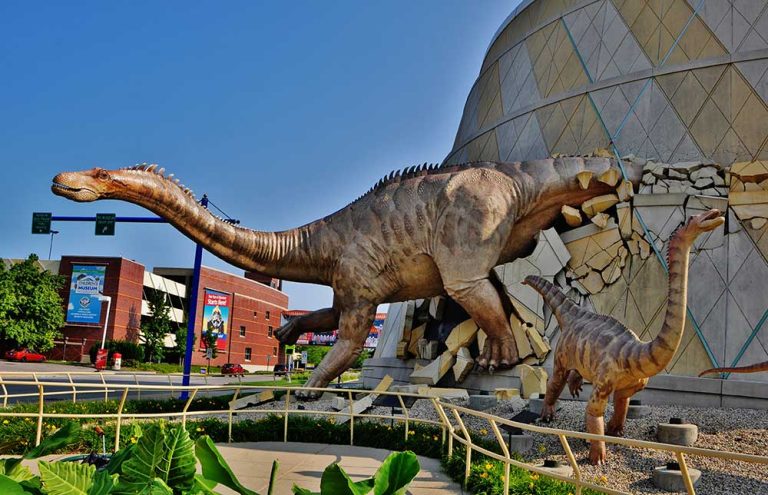 Indianapolis / Courtesy of Ted under a CC 2.0 license.

The Indianapolis 500 is one of the most famous car races in the world, and adjacent to the track is Indianapolis Motor Speedway Hall of Fame Museum. About 75 historic vehicles are displayed at any given time, including the 1911 Marmon Wasp driven by Ray Harround to win the inaugural Indy 500.

The largest kids’ museum in the world is Children’s Museum of Indianapolis, measuring 472,000 square feet and spanning five stories. More than 1 million people annually visit the site, with most exhibits designed to be interactive for both children and their families. A total of 400 employees and 1,500 volunteers work at the complex.

Formerly a Civil War encampment from 1861-1865, White River State Park was transformed into a tourist attraction in 1979. Amenities include campgrounds, canoe launches, the Indianapolis Zoo, Eiteljorg Museum of American Indians and Western Art, and a Celebration Plaza & Amphitheater that can accommodate thousands of spectators for outdoor concerts and theatrical performances.

Inside White River State Park is the Indiana State Museum, which houses Indiana-related exhibits from prehistoric days to modern times. Multiple displays of science, art and culture are featured, while other attractions include an operating L.S. Ayres Tea Room restaurant and the largest IMAX movie screen in Indiana.

Root for the Colts

Gracing downtown Indianapolis is Lucas Oil Stadium, a domed building that serves as home to the NFL’s Indianapolis Colts. The stadium hosted Super Bowl XLVI in 2012 and is also known as “The House That Manning Built,” referring to former Colts quarterback Peyton Manning who helped bring many winning seasons to Indianapolis.

Clowes Memorial Hall opened in 1963 on the campus of Butler University and remains a much-used theater for staging concerts, plays and guest speakers. The intimate setting has seating for 2,092, and several production companies use the building on a regular basis. Tours of Clowes Hall occur on weekdays free of charge.

Two levels of interactive exhibits make up the NCAA Hall of Champions, which serves as a museum, exhibition area and conference center. The building in White River State Park has displays representing all 23 NCAA sports, with thousands of artifacts donated from colleges throughout the nation. One highlight is a 1930s retro basketball gymnasium.

The 1875 Italianate Victorian home of Benjamin Harrison is open for public tours during the entire year, showcasing many of the paintings, furniture and political memorabilia that belonged to the 23rd U.S. President. Besides the three-story mansion, the Benjamin Harrison Presidential Site features a two-story carriage house that can also be toured.

More than 700,000 people annually attend the Indiana State Fair, which runs for 17 days every August. Several agriculture-based competitions take place along with a variety of nighttime entertainment events, including demolition derbies and concerts. The fair debuted in 1881 and several U.S. presidents have attended, including Woodrow Wilson, John F. Kennedy and Barack Obama.

A shrine to Indiana basketball is Hinkle Fieldhouse, built in 1927 on the Butler University campus and still home to the Butler Bulldogs men’s and women’s hoops teams. The arena makes many visitors feel like they’re on the set of the movie Hoosiers, and for good reason – Hinkle was the actual gym used in the filming.