A small town once left for dead, Redkey, Indiana, is booming back to life. 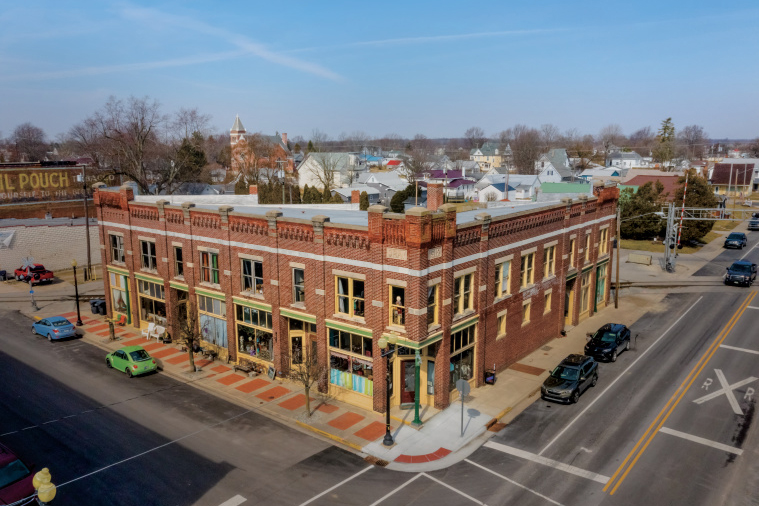 For years, locals around the small community of Redkey would sometimes call it “Deadkey.” With a population barely over 1,400, the town was too often known for its dilapidated and empty storefronts in a once thriving historic downtown.

Rewriting the future, a small but mighty force of Redkey residents and business owners decided to resurrect the area. What started with a few old buildings full of potential is now an active intersection of dining, shopping, entertainment and events.

Booming Back to Life

Incorporated in 1883 and once located on a gas field, Redkey was a hub of the “gas boom.” As the boom fizzled and time marched on, its downtown succumbed to deterioration like many small towns across the U.S.

“There were a number of empty buildings,” Richards says. “The focus was to try to save them and fill them and create a thriving area.”

All In This Together

“Rather than trying to compete with the big stores, we are offering things that they don’t,” Mark Leavell says. “The downtown stores work together. We know that people are much more likely to come to town to visit several stores rather than just one.”

“The downtown stores work together. We know that people are much more likely to come to town to visit several stores rather than just one.”

And coming to town they are, says Constance Hill, co-owner of the Key Palace Theater and the recently reopened Key Diner. When she and husband, Brian, responded to an ad to run the diner, they had no idea what they were getting into, she says. They weren’t even blues fans, but now they run the diner and the blues theater that has seen acts like B.B. King and Buddy Guy in its 109-year history. Today, they host contemporary blues artists and many local acts.

“We have been welcomed into Redkey like no other,” Hill says. “They know we’re not from here, but they don’t care. The attitude is, ‘What are we going to do next?’”

Jeff Miller, owner of Corner Store Vintage, is one longtime resident who welcomes the growth at his popular mid-century modern antique store. He added a second location across the street to meet the demand for shoppers who appreciate his eye for designer Danish modern furniture, vintage electronics, and the occasional pink flamingo or orange Naugahyde chair.

A highlight of downtown is a collection of huge, hand-painted murals featuring old-time advertisers such as Gold Medal Flour and Mail Pouch tobacco on the sides of some of the buildings. The murals, National Historic Monuments, are a popular photo opportunity for visitors.

The variety in the two-block downtown district only strengthens local business in a spirit of cooperation, not competition, Miller says.

“We want people to come and spend all day, not just an hour,” Miller says. “With 90 percent of our business coming from out of town, we want it to be a destination.”

One new popular stop for visitors and residents alike is Redkey Blacksmiths LLC. Owner Leroy Brown leads classes teaching the art of hand-forged knifemaking. Students enjoy a meal from local eateries like the Lil Bistro as part of this unique experience, Brown says. “People are coming alive in my classes. It’s a real thing,” says Brown, who plans to add ax throwing just a few doors down.

The growing district also offers up encounters with the paranormal at the historic Haunted Gray Hotel, now converted into multiple storefronts, which include The Kindred Spirit New Age shop and the SPPI Ghost Hunters tours.

The downtown opera house built in 1892 also serves as a downtown event venue.

“If we can convince bigger city people to come to our small town with … experiences you can’t get anywhere else, then we flip the switch,” Brown says. “We have something really nice to offer – a sunset instead of a skyscraper.”

Get to Know East Central Indiana 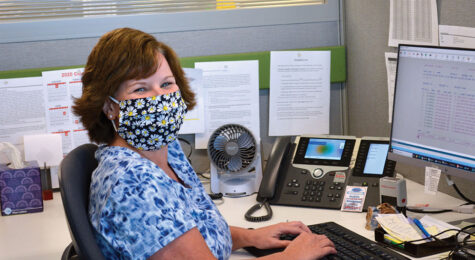