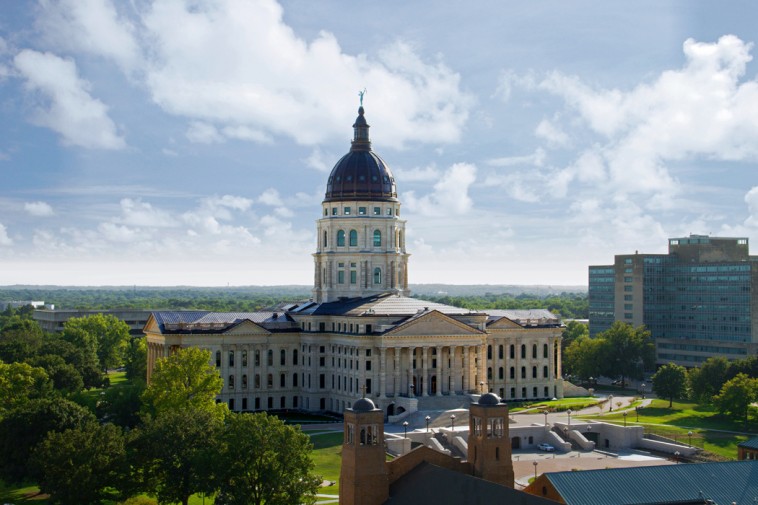 Topeka enjoys a diverse economy that provides stability and low unemployment. Government workers make up the largest sector of top employers in Topeka, because it’s the capital of Kansas. About 20 percent of people employed in the city work for the government. Other major employment sectors in Topeka include education, health, retail and distribution. Here is some background on Topeka’s eight largest employers:

More than 6,000 people work in Topeka for The Sunflower State, overseeing areas such as education, government affairs and numerous business regulations. A recent state addition is a Kansas Service Center website (www.kansas.gov/services) that informs residents and businesses about 300 services available to the public, from “Ask a Librarian” to “WebFiling Your Income Tax Return.”

Serving a multi-county region in northeast Kansas, Stormont-Vail HealthCare has 4,500 employees, with many working at the 586-bed Stormont-Vail Regional Health Center. The hospital features the area’s only Level III Neonatal Intensive Care and only trauma center.

About 13,800 students are served by 1,300 teachers and 1,100 support staffers in Topeka Unified School District #501. All students are enrolled in college and career ready programs, and the district has two magnet schools: Scott Dual Language and Williams Science & Fine Arts.

Headquartered on SW Topeka Boulevard, BlueCross BlueShield of Kansas is a mutual insurance company that serves all Kansas counties except Johnson and Wyandotte (103 of 105 counties). Incorporated in 1942, about 1,400 employees in Topeka oversee the healthcare benefits of 925,000 Kansas residents who are enrolled with BCBS.

With its world headquarters in Topeka, nearly 980 employees manage the business side of Payless ShoeSource, which distributes brands such as Airwalk, Brash, Cross Trekkers, Dexter, Rugged and Smartfit. The company also deals in many kid brands such as Batman, Cars, Disney Princess, Dora the Explorer and Marvel’s Avengers.

Manufacturing large tires for tractor-trailers and earth-moving mining equipment is the mission of Goodyear Tire & Rubber Company, whose Topeka production plant has about 1,500 assembly workers. The facility opened in 1944 and has undergone several upgrades in recent years.

The mechanical division for Burlington Northern Santa Fe Railway eight U.S. locomotive maintenance facilities, including a Topeka operation that has 1,000 employees. The Topeka facility performs preventive maintenance, repairs and servicing of equipment, and BNSF has invested more than $8 million in the last decade in new buildings and equipment to rebuild locomotives that meet tougher emission standards.