Eating an authentic Kansas meal in the capital city of Topeka means eating a steak, plain and simple. 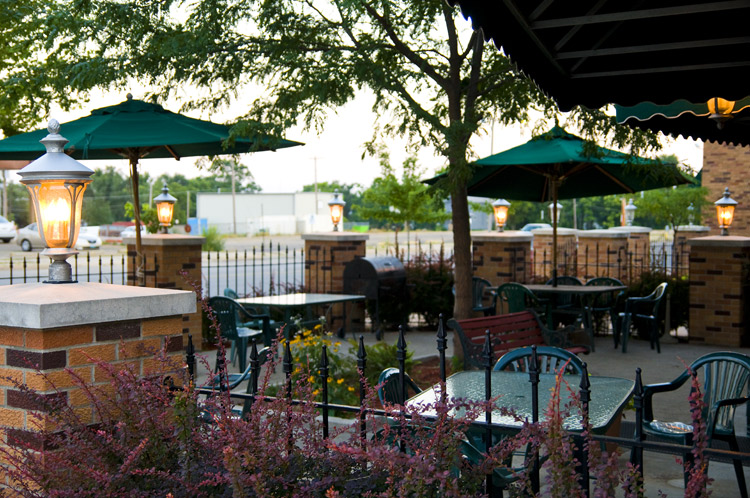 When it comes to eating an authentic Kansas meal in the capital city of Topeka, steak is what you’re looking for. The state’s cattle industry generates an economic impact of more than $6 million annually on local economies, and roughly 31,000 Kansas farms raise cattle and calves. That’s a lot of steaks, hamburgers and meatloafs.

One of the most tried and true steak restaurants in Topeka, serving fine Kansas beef, is North Star Steakhouse. The authentic steak and seafood joint, open only for dinner, is famous not just for it’s thick tender cuts but also delicous fries and gravy. North Star has proved it’s worth, having been in business for more than 74 years.

For beef done a little differently, locals stop in at Bobo’s Drive-In, a staple in the Topeka restaurant scene for half a century. The joint was featured on the Food Network’s show “Diners, Drive-Ins and Dives.” Despite their fame, or perhaps because of it, their secret recipe remains locked in a safe.

Open only for dinner Wednesday through Saturday, RowHouse Restaurant satisfies those after more refined meals consisting of seasonally available ingredients. This elegant eatery is located in a historic three-story building and offers a tasting menu along with four and five course meals.

Ask a local where the best BBQ restaurant in Topeka is and they might not tell you about Lonnie Q’s. You can’t blame them for wanting to keep this place a secret. It’s common to encounter long lines when the pulled pork, brisket and even sides like cheesy potatoes and cold slaw.

Steak and hamburgers may be Topeka’s interpretation of American cuisine, but local diners find many other ethnic fares represented, as well. French, Oriental and Cajun Creole are not hard to find. Indian and Mexican are also popular international choices.

Globe Indian Cuisine is a family-owned restaurant and bar in downtown Topeka. The authentic cuisine includes mulligatawny soup, vegetable samosas and chicken tandoori rice. Monsoon Grill, one of the most popular Topeka restaurants on Yelp.com, receives consistant praise from diners, who declare the restaurant’s naan, lamb vindallo and tikka masala are must tries.

In terms of festivals and markets, Topekans of German descent host Germanfest each summer, and those of a sophisticated palate enjoy Grape Escape, an annual food and wine benefit festival. Topeka also holds a farmers’ market downtown on Saturdays in the summer and fall.