Physicians Find the Prescription For Success in Northern Kentucky 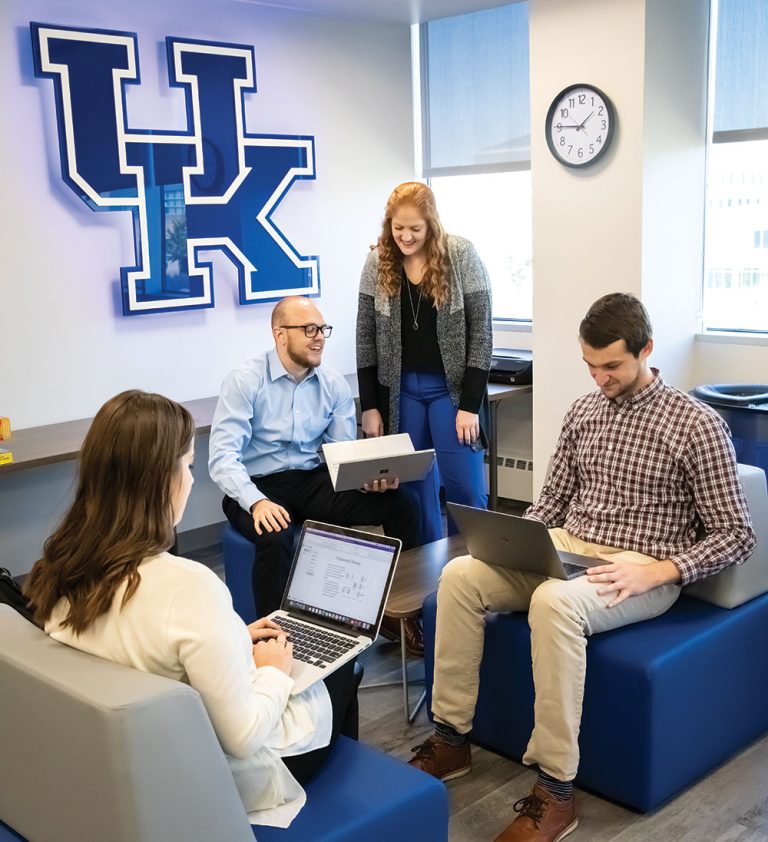 Faced with a shortage of doctors in Northern Kentucky, medical educators and health care providers came up with a novel idea: Collaborate to open a regional medical school that provides the region with a steady stream of physicians. Now, that vision has become an exciting reality.

The partnership between the three institutions not only allows for more doctors to graduate from a fully accredited, four-year medical school and gain clinical expertise at a first-rate hospital, but it also encourages students to live and work in Northern Kentucky communities once they graduate.

“With this partnership, we will be able to provide additional benefits to both organizations as well as the region by assisting in medical school support and recruitment

“The collaboration addresses the physician shortage in the region and aligns with our commitment to serve the health needs of the area.”

The Northern Kentucky campus is the second regional medical school launched by UKCOM. A campus in Bowling Green opened in 2018.

The new medical school is headquartered in the Albright Health Center at NKU, where the third floor has been remodeled to include nearly 20,000 square feet of space that includes two classrooms, a physical examination lab, two conference rooms, five patient rooms and six group study rooms.

The new college, while separately accredited, follows the same curriculum and assessments as the UKCOM Lexington campus, and faculty have UKCOM appointments. Faculty teach small-group classes and provide simulated patient experiences. Plus, educational technology allows lectures to be delivered on-site from the Lexington campus.

Students, like Ariel Porter, found Northern Kentucky’s campus to be an appealing spot to prepare for a career in medicine. Prior to attending UKCOM at NKU, Porter first heard about the new school during her undergrad at Northern Kentucky and feared it wouldn’t open in time for her to enroll.

“At the end of my junior year, I heard that it would actually be starting in the fall of 2019. At that point, it just felt like fate, and I was thrilled to apply,â€ Porter says.

Porter says she chose the Northern Kentucky program for a variety of reasons, and the region’s amenities, safety and beauty played into her decision.

“I am jazzed about being a part of the inaugural class, where I can really be a part of the foundation of the program,â€ she says.

The new medical school is already making a home for itself on NKU’s campus, where, University President Ashish Vaidya jokes, “You go up the stairs in the Albright Center and walk into their labs and classrooms, and suddenly, it feels as if you’re at UK – everything is blue.”

However, the partnership created between NKU, UKCOM and St. Elizabeth Healthcare is creating a welcome synergy.

“This new partnership leverages our strength in the health care area,â€ Vaidya says. “It really builds the legacy and foundation of NKU that I am proud of and will nurture. Ultimately, it ends up being a win-win situation for everyone.”