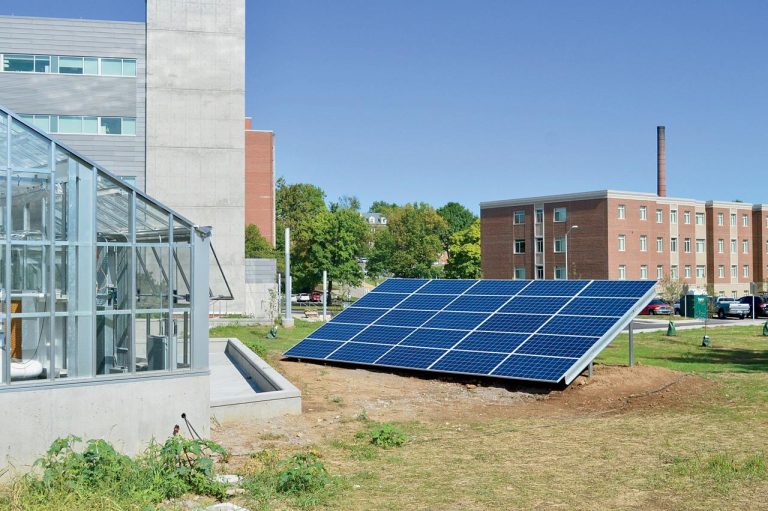 With a $4.6-million crop trade and a $13.3-million livestock sector, Danville’s agriculture and agriculturally-adjacent sectors significantly impact the region’s economy and offer fertile ground for innovation.

Danville has several advantages driving its success, including geography, infrastructure, the health care system, the local college and proximity to the University of Kentucky, which is just 45 minutes away.

Burkmann Nutrition, which provides veterinary science-based custom nutrition programs to individual farms, is one local company leveraging Danville’s assets. Company founder David Williams says he quit his job his job at the University of Kentucky and started his business in Danville 37 years ago because of these assets, chief among them an educated workforce.

“When recruiting these highly-specialized, trained professionals at the PhD level and the veterinarian level, [the question of] where they reside and where they’re being asked to live is vital,” Williams said.

Experience the Uninque Culture and Recreation that Danville, KY Offers

Williams says he started his business because he saw that technology and innovation were not being offered to Kentucky farm families at the pace he felt they deserved and needed for the profitability of their livestock enterprises.

“The national corporate approach is to sell products at a ‘big box’ store,” Williams says. “Those products are sold regardless of the circumstances at a particular farm. That might be okay for the backyard pony, but not for a farm family that is deriving its livelihood through the productivity of its animals, and nutrition is such a vital part of productivity and performance.”

Barry Welty, seed consultant with local supplier  Caverndale Farms, says smaller size and the agility that comes with it is also an advantage for his company. Caverndale looks to bring in specific plant genetics and traits based on local rainfall, temperatures and other conditions, with the goal of selling optimal seed varieties to regional farms, boosting their productivity.

Because Caverndale doesn’t have a massive seed inventory, Welty says, it can be agile and switch to new seeds based on quickly-changing conditions.

“By us being local and regional, we’re not trying to fit a square peg in a round hole,” he says.

Discover How Danville, KY Schools Use Innovation in the Classroom

Both Williams and Welty say Kentucky’s rapidly-expanding craft bourbon sector is having a positive impact on seed suppliers, farms, grain processors and a range of businesses up and down the distillery supply chain. Welty says Danville is well positioned to take advantage of the current boom.

“The bourbon industry is growing in leaps and bounds, and we’re sitting in the center of it,” Welty says.

The phenomenon is forcing businesses in the bourbon industry supply chain to adapt to meet the needs of this exploding industry. Williams says many distilleries are of a size where they don’t want to make the investment in grain storage and gain processing, so Caverndale Farms can provide that processing service to them.

In turn, the distillery boom helps complete the cycle of innovation in and around Danville. Wilderness Trail distillery sends its spent grain, or mash, out to both local farms and the University of Kentucky. While local farmers use the spent mash for feed, the university converts it into materials that can be used to make batteries for pacemakers, computers and military purposes.

Wilderness Trail manager Jerod Smith says that approximately two-thirds of new craft distilleries in Kentucky are located in areas that did not have a distillery in the past.

“This is the first time in anyone’s life span that there is a distillery in those areas. So it is opening up new avenues for not only crop production, but also products coming from that spent mash,” Smith says.