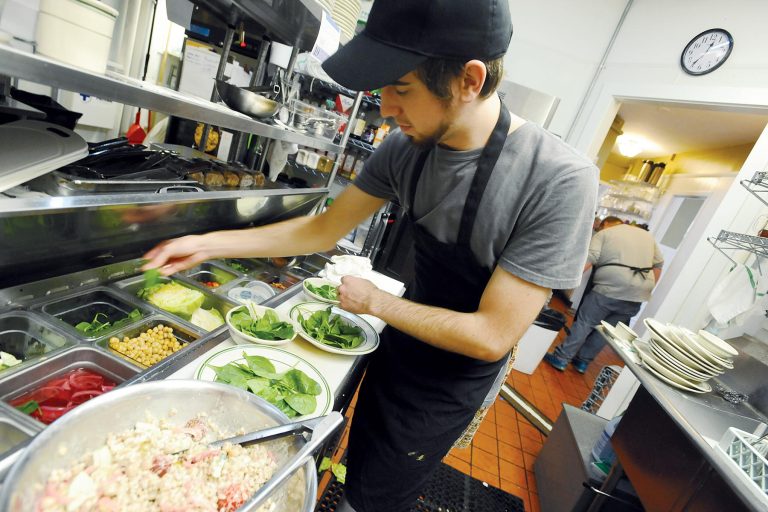 Nice place, this Danville-Boyle County. For example, Danville is a Great American Main Street community (Kentucky’s first) with 22 downtown restaurants/bars, 28 shops and 15 attractions, while Perryville’s Merchant’s Row is the oldest commercial district still in use in the country.

Boyle County continues to welcome several new businesses and/or developments that are adding up to a positive overall impact on the local economy. National retailer Hobby Lobby is open, and a Cattleman’s Roadhouse is coming to the South Danville Bypass.

Small business successes include dress shop Miss Ruby’s that opened in 2017, and Wilderness Trace Solar is an innovative and growing startup business that assembles and installs sustainable solar panels for homes and businesses. Also new are Mickster’s Smokehouse & Country Grill in Parksville, Bud & Cheryl’s Ice Cream Shoppe on Alum Springs Road between Junction City and Parksville, Flowers by EJ and Perryville Jamboree in Perryville, and TJ Maxx, Starbucks and Bluegrass & Buttercream in Danville.

“Over the last two years, we’ve seen some of our strongest economic activity ever since the downturn in 2008, and that has been the case both in the commercial and industrial side of recruiting, retention and location,” says Jody Lassiter, president/CEO of the Danville-Boyle County Economic Development Partnership.

Another announcement is that Indiana-based Adkev Inc. will expand into Danville and inhabit a closed Caterpillar facility by the end of 2017. Adkev will upgrade the building to produce plastic injection molding for the automotive industry starting in January 2019.

“We also had a closed Panasonic plant that is now used as a distribution center for SCA (formerly Wausau Paper), with 600,000 square feet occupied for their warehousing products,” Lassiter says. “There is also an announced $9.9 million expansion at Wilderness Trail Distillery, which is a highly visited tourism site that is part of the Kentucky Bourbon Trail. Much is happening around Boyle County, including the recent opening of a Holiday Inn Express near our existing Hampton Inn.”

Experience the Fun and Culture that Danville, KY Offers

Dana Corporation (vehicle parts) is expanding its current facility in the John Hill Bailey Industrial Park Enterprise Center, and Denyo (generators, welding machines and air compressors) is involved with a $3 million expansion of its Danville plant to add research and development space and offices. At Meggitt Aircraft Braking Systems-Kentucky, the company relocated its braking and wheel systems operations from Akron, Ohio to Danville.

“We have about 180 employees today in Danville and supply brakes and wheels to commercial, military and private jet businesses, including Bombardier, Gulfstream and some dealings with Delta,” says Andy Frauenhoffer, site director, business operations with Meggitt Aircraft Braking Systems-Kentucky. “The low cost of energy, good logistics and strong labor market were attractive fits for us to be in Danville, and Kentucky is a very pro-business state with incentives at both the local and state levels.”

Also enjoying success in the area is the recently expanded law offices of Sheehan, Barnett, Dean, Pennington, Little & Dexter, while Danielle’s Drive-Away Café started in a home and relocated in 2017 to a storefront establishment along highly traveled Lebanon Road in Danville. The café allows customers to stop in and purchase ready-to-go items like sandwiches, individual entrée servings, sides of fruit or salad out of the cooler, desserts and even large casseroles to feed an entire family.

“I haven’t needed to spend one penny in advertising – it’s all word of mouth, and I run out of food to sell every day ever since I moved to my storefront location,” says Danielle Dampier, owner. “I have a Facebook page and send a daily email to 800 people, and Boyle County has always been a place that supports businesses in this community. Customers don’t need to call ahead, they just grab and go. I’m a former school administrator and hospital executive who has always enjoyed cooking, and now I’m living a dream doing what I’m doing in this community that I love.”