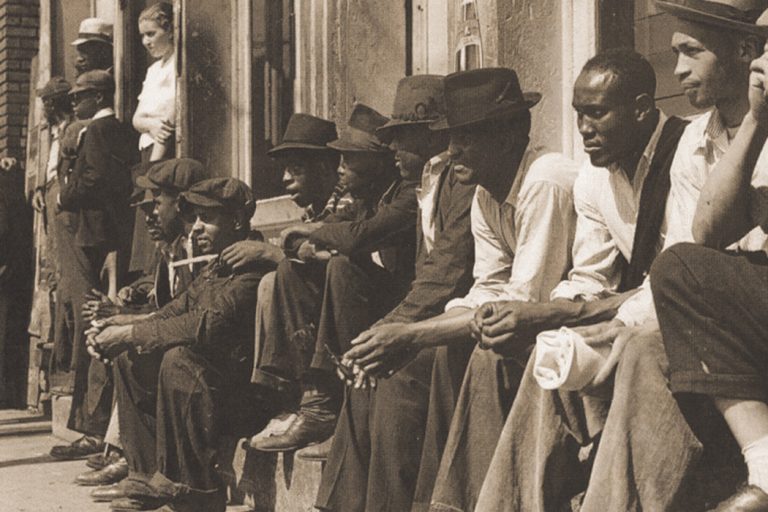 “We were here.” So goes the last line of Danville producer and playwright Robby Henson’s 2016 play Good Blues Tonight! Set in 1956, the play celebrates Danville’s unsung African-American history, particularly the once-thriving Second Street community, which boasted several black-owned businesses, restaurants, doctors’ and law offices. The play’s final line serves as a reminder of the impact African- Americans have  had on Danville’s growth and success.

“There’s this line in our play … that declares that there is a history that many people have forgotten,” says Henson, artistic director for the Pioneer Playhouse in Danville. “It also declares that this is an active memory that shouldn’t be forgotten – that the black citizens of Danville were an important part of Danville, and Second Street was an important part of Danville’s history. It’s not a story of presidents and generals; it’s a story of real people living real lives, and I think that’s important to tell and important not to forget.”

African-Americans have been part of Danville’s story from the beginning, says Dr. Bethany Rogers, former executive director of the Heart of Danville, a nonprofit organization that works to promote the economic vitality of the city’s downtown. She points to the many distinguished native sons who have been part of building the legacy of black history in the community.

“Dennis and Diademia Doram were freed African-American slaves who purchased lots of land in east Danville in the early 1800s that ultimately became home to many of our community’s African-American residences and institutions,” Rogers says. “Dr. John Bate transformed Danville’s early-20th-century, one-room black schoolhouse into an accredited standard high school that bore his name for decades, and in recent years, Frank X Walker, a Danville-born poet and educator, has helped give a name and voice to black writers articulating the unique experience of African-Americans in Appalachia. Not only are these impressive feats in and of themselves worthy of note and celebration, they have truly shaped the nature and character of our community.”

A Time to Remember

Rogers says Henson’s play is just one example of Danville’s efforts not only to remember but also celebrate the city’s African-American legacies. The Danville-Boyle County Public Library created and installed a tile photomural showcasing a comprehensive history of Danville, which included images of Second Street businesses. The Heart of Danville collaborated with members of the African-American community to publish You Don’t Ever Want to Forget Second Street: A Retrospective Guide to Danville’s African-American Business District, a compilation of oral history interviews.

More recently, the Heart of Danville collaborated with the Boyle County Public Library and the Danville-Boyle County African-American Historical Society to sponsor the annual Soul of 2nd Street Festival. The festival showcases the music and food typical of the former African-American business district and also relates the history of the district with photo displays and story circles.

“Second Street has always been part of conversations at family reunions. Somebody will say, ‘Man, you remember on Second Street?’ but it was never part of the larger community conversation,” says Michael Hughes, director of the Soul of 2nd Street Festival and founder of the Danville-Boyle County African-American Historical Society. “It was important to me that the kids and people know just how grand of a thing Second Street actually was.”

Why Danville, KY is a Great Place to Live

Rogers says the community’s collaborations to produce Henson’s play and the Soul of 2nd Street Festival has been a positive contrast to the volatile race relations portrayed in the news of late.

“In all Southern communities, sharing the history of the African-American community is very complex because of the complicated and hurtful legacy of slavery and segregation, and African-American histories were not well documented,” she says. “But the work of many groups before us in Danville and Boyle County and our more recent efforts to focus principally on documenting and promoting the history of the former black business district, not only help us realize that there are many contributions by our black community we should be inspired by. It also helps us to recognize we’re all part of the work – past, present, and future – of making Danville and Boyle County the special community that it is.”