The Best Festivals in Danville, KY 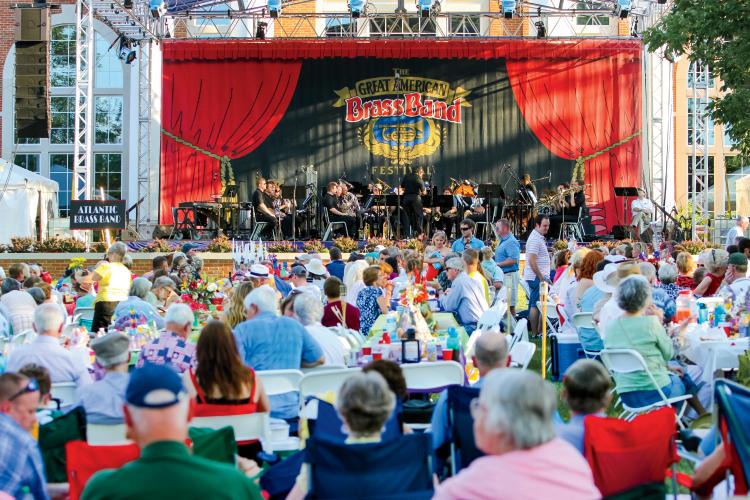 Danville and Boyle County citizens sure know how to throw a party. The community calendar includes at least a half-dozen annual festivals and events that bring people together for fun, food and fellowship.

“There’s so much energy here and a proud ownership among the people who care so much about making Danville a great place to live and visit,â€ says Jennifer Kirchner, executive director of the Danville/Boyle County Convention and Visitors Bureau. “People in Danville and Boyle County are so welcoming and friendly. It’s part of their DNA.”

One of Danville’s newest traditions is the Kentucky State BBQ Festival, launched in 2011. During the two-day event, pitmasters from all over the United States converge on Danville’s Constitution Square to cook up mouthwatering barbecue for festival-goers.

The first BBQ Festival was an overwhelming success. Organizers hoped to attract between 5,000 and 10,000 people and ended up drawing more than 25,000.

“We were excited and proud to have such a huge crowd, but we ran out of food the first day. We had to go out and buy more meat and put it on to cook overnight for the next day,â€ says Brad Simmons, co-founder of the Kentucky State BBQ Festival.

About 40,000 people showed up for the second BBQ Festival in 2012 and sampled barbecue from six pitmasters from Florida, New York, Iowa, Tennessee and Mississippi. Live blues and Southern rock bands provided entertainment.

“People are passionate about barbecue. It’s something that crosses every economic, racial and social line,â€ Simmons says. “When people start smelling the smoke, they relax and have a good time. With all the fast food and fast technology today, it’s nice to settle down and do something that’s slow. Good barbecue can’t be rushed.”

The 2013 BBQ Festival is slated for the second weekend of September and will be even bigger than before.

“We plan to have eight or nine pitmasters to help handle the crowd,â€ Simmons says.

10 Fun Things to Do in Danville, KY

“It’s one of my favorite events. Friday night we have a Bayou & Brass street festival with music, contests and New Orleans food, like gumbo and beignets,â€ Kirchner says. “We basically bring Mardi Gras to Danville.”

October is jam-packed with festivities, from the Heart of Danville Main Street Program’s Oktoberfest Craft Beer Celebration to the Forkland Heritage Festival & Revue, Bourbon Chase and the Perryville Battlefield Reenactment, which celebrated its 150th anniversary in 2012.

“The Forkland festival has a family reunion feel, with home-cooking, crafts and quilting,â€ Kirchner says. “And Bourbon Chase is a cool event where teams run a 200-mile relay race along the whole bourbon trail, with two stops in Danville.”

Besides enhancing Danville’s quality of life, festivals have a significant economic impact on the local economy. From 2011 to 2012, Boyle County saw a 9 percent increase in tourism revenues.

“Sometimes people overlook how valuable tourism is,â€ Kirchner says. “Events that bring visitors to Boyle County are a huge shot in the arm for our economy.”