T.J. Samson Pavilion provides shot in the arm for plaza 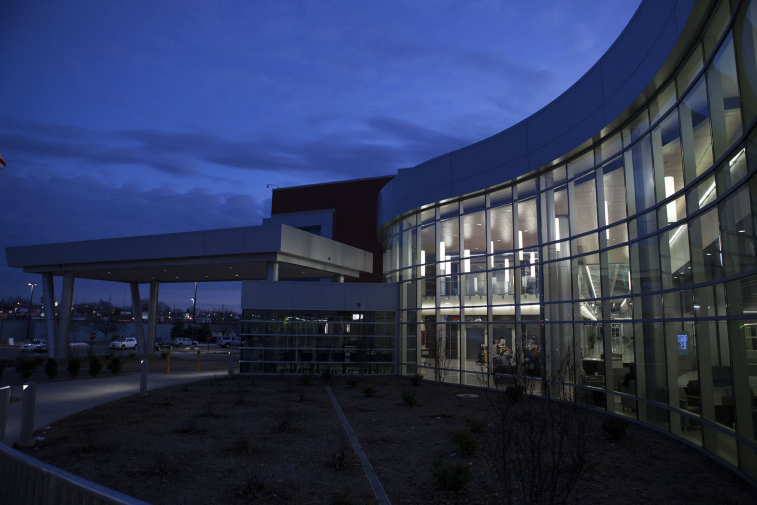 When Wal-Mart vacated the Barren River Plaza in 2006, bound for a larger location nearby, the shopping center began falling on hard times. Adjacent stores left while other businesses suffered sales declines, and the prognosis looked bleak for the shopping destination at the corner of N.L. Rogers Wells Boulevard and KY Highway 31E Bypass in Glasgow.

However, in May 2013, Barren River Plaza received a much needed shot in the arm when T.J. Samson Community Hospital opened a T.J. Samson Health Pavilion outpatient care facility at the former Wal-Mart site. The Pavilion was just what the doctor ordered to rejuvenate the plaza once again.

“The old Wal-Mart building was deteriorating quickly and becoming an eyesore, and the adjoining stores were mostly vacant. Our board of directors thought we could revitalize that area and help make it thrive again,” says Bud Wethington, CEO of T.J. Samson Community Hospital. “And with the increasing need to serve the demand for outpatient services now and in the future, we needed to have a centralized location that would be convenient for our patients and their families.”

Health Care and an Economic Boost

By the start of 2015, there were more than a dozen stores and businesses in the Barren River Plaza, which is thriving once again. These include Burkes Outlet, Factory Connection, Goody’s and Mary Anne’s Hallmark. As for the Pavilion, the outpatient services it offers include kidney care, radiology, phlebotomy, nuclear medicine, a women’s center, rehabilitation care and nutrition/wellness consultations.

Also on site is T.J. Urgent Care for people who need help for maladies such as flu, strains, sprains and other minor ailments that do not always warrant a visit to an emergency room.

Wethington says addressing the health-care needs of patients as well as providing a major economic boost for the community are two key ways this facility helps maintain growth and success in Glasgow-Barren County.

“The T.J. Samson Health Pavilion represents a $30 million investment towards our local community, and with the creation of more than 60 new jobs, this endeavor has provided $3.6 million in direct payroll taxes and $54,000 in city payroll tax alone,” he says.

Wethington adds that the Pavilion not only serves patients in Glasgow-Barren County but people from 11 other counties in south-central Kentucky.

“The Pavilion is averaging around 975 patients per day and hosts upwards of 250 walkers who utilize a walking track inside the building during an average week,” he says. “The building also houses more than 30 offices for T.J. Samson Health physicians along with a community center that can accommodate up to 200 people with meeting space for businesses, organizations and support groups.”