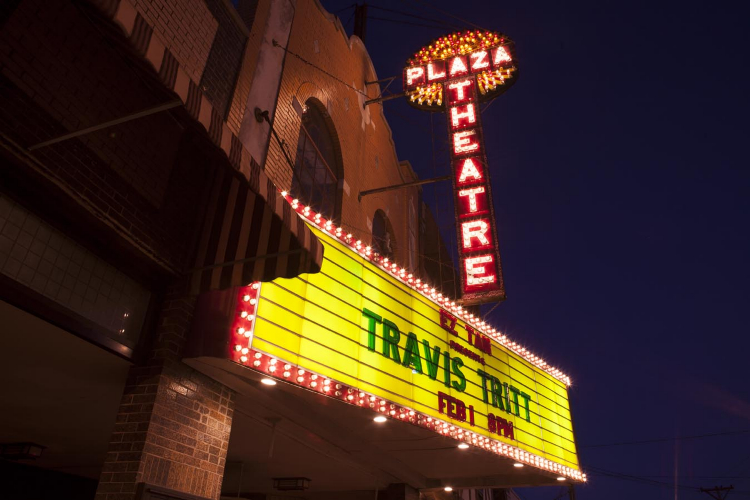 People who live in Glasgow and Barren County understand the importance of community connections thanks to local support of arts and culture, history and events.

The 30,000-square-foot museum is packed with history about the Barrens region and early settlers. Exhibits range from prehistoric times to the 1860s, the military from the Civil War through the Gulf War, plus a schoolhouse, 1940s kitchen, Victorian parlor and more. One exhibit showcases an old-time general store complete with shelves full of wares from the 1930s.  South Central Kentucky Cultural Center in downtown Glasgow also showcases art and quilt shows and special displays. The center’s largest fundraising event is the Harvest of History cemetery walking tours, held in September, which feature reenactors playing historical figures such as Nan Bishop, a notable bootlegger in Barren County.

Glasgow’s Plaza Theatre impresses visitors with its grand architecture and performances by national acts, while local performers and comedians also grace its stage. The plaza opened in 1934 and was restored to its original grandeur with a $1.8 million renovation in 2004 and 2005. Today, the 1,010-seat landmark also shows classic and second-run movies.

The Far Off Broadway Players community theater group presents three productions each year in the Plaza Theatre. The Glasgow troupe’s roots go back to the 1950s, and today the nonprofit community theater has 70 members. Past productions have included Our Town, Harvey, Bus Stop, The Odd Couple and The Musical Comedy Murders of 1940.

Aside from a wide selection of books, the Mary Weldon Wood Memorial Library offers children’s story times, plus arts and crafts after school for older children. With two adult book groups and a book-to-movie group launching, close-captioned movie nights, and arts classes including knitting and basket making, the library has plenty to offer adults as well. Adult Services Specialist Amy Tollison says special events such as a showing by the Arts Guild and a visit by the STAR-Net science education Discovery Tech program excite patrons as well.

Celebrating veterans who spent time on the Midway Island before, during and after the Battle of Midway, is the Midway Island Reunion is held in June and draws people from across the country to honor those who lived on Midway Island during their military careers, including those who fought during World War II. The battle took place June 4-7, 1942, and is considered the Allies’ first major victory against Japan after the Pearl Harbor attack.

Each July, the Temple Hill Lions Club puts on the annual county fair, providing a week of entertaining activities from country and gospel concerts to a karaoke contest, floral show, ATV rodeo, carnival, horse show and the most popular event, the truck and tractor pull. Lions Club veteran Doug Belcher says, “I usually work the gate, but I enjoy the truck and tractor pull. I like the dairy show; my grandson shows cattle there.” With a Saturday night gate of 3,000, according to Belcher, the whole experience is a huge draw.

The Barren County Ag Festival, held annually in June at Barren County High School features animals, demonstrations, live music, such as Clay Underwood who played the 2014 event, and farm-to-fork food. The family-friendly, free event helps educate visitors about the importance of agriculture and the role it plays in consumers’ lives.