Discover how agriculture has a rich heritage in Southwest Louisiana, and its success as an industry can be traced to several factors. 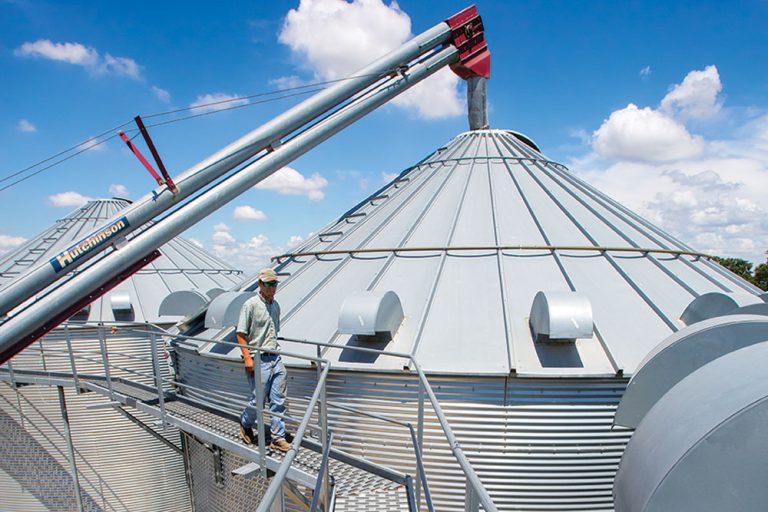 With a rich agricultural heritage, a backbone made up of determination and know-how, and a focus on the future, agriculture is thriving in Southwest Louisiana. The region’s diversity in this industry is exemplified by the commodity strengths of its five parishes, from forestry in Beauregard and Allen parishes to shrimping and livestock in Cameron and Calcasieu parishes to rice, soybean and crawfish farming in Jefferson Davis Parish. Forestry is a $72 million industry in Beauregard Parish, and accounts for nearly $40 million in gross farm value in Allen, according to the LSU AgCenter.

Timber companies, such as RoyOMartin in Oakdale, have a major impact on the region’s economy. The same is true for seafood production, particularly shrimping in Cameron Parish. The industry is still recovering from the hits it took from Hurricane Rita in 2005 and Hurricane Ike three years later, but a new seafood processing plant is helping. The $4 million facility is owned by the Cameron Parish Police Jury and operated by Cameron Fisheries, a private company.

“The Cameron Fisheries project is a very bright spot for us right now,” says Clair Hebert Marceaux, economic development director for Cameron Parish. “We hope to see a build-back of the industry, even more than it is now.”

Several factors make Southwest Louisiana ideal for agriculture, including its place on the map. The location offers multiple options for transporting commodities. Interstate 10 cuts through part of the region and connects to Houston and Baton Rouge, and the Port of Lake Charles is accessible to oceangoing vessels. The South Louisiana Rail Facility, a relatively recent development in Jefferson Davis Parish launched by a group of rice farmers, ships rice from the region to Mexico. Southwest Louisiana’s agriculture strength is also evident in investments being made in ag facilities here. A few recent examples include a $4 million expansion of Zagis USA’s cotton spinning mill in Lacassine, and a $111 million plant in Beauregard Parish operated by Packaging Inc. of America (Boise) that has created 54 new jobs.

In addition to big agriculture companies, individual farmers are also doing well in the region. Farmers like Burt Tietje of Roanoke are tapping into the growing appetite worldwide for Louisiana delicacies like crawfish as well as consumer demand for locally produced foods. After running a photography business for nearly three decades, Tietje returned to the 460-acre farm his grandfather started in the late 1800s. Tallgrass Farm in Roanoke is the site of several agricultural pursuits, including crawfish and rice farming, beekeeping and a wide assortment of vegetables and flowers.

“There are just a lot of different things that I do, so I’m unusual that way,” Tietje says.“I’m blending production agriculture with the new agriculture, small farmer to consumer. People care about what they’re putting in their mouths now.” Tietje is also adding agritourism as a revenue source, selling his products at farmers markets and welcoming visitors to his farm for crawfish tours.

M Farms in Dry Creek is tapping into this trend with its corn maze, wagon rides, skeet shoots and sheep-shearing events. Owned and operated by Chuck and Jackie Melsheimer, the farm has a country store that sells homemade preserves, jellies and fudge, hosts events such as Easter egg hunts and welcomes a variety of field trips. Louisiana Spirits LLC entered the agritourism scene when it opened its Bayou Rum distillery near Lacassine in November 2013. With easy access off I-10, the facility attracted nearly 30,000 visitors in 2014. “We feel like we’re pretty connected to agriculture and tourism,” says Trey Litel, president of Louisiana Spirits.

“We are making rum, and using the sugar cane, the molasses and the raw, unrefined sugar in our process. “Part of our tours include educating people about the importance of sugar to the economy of Louisiana and its place in our history,” he says.