Learn how location, logistics and a highly skilled workforce contribute to economic diversity and development. 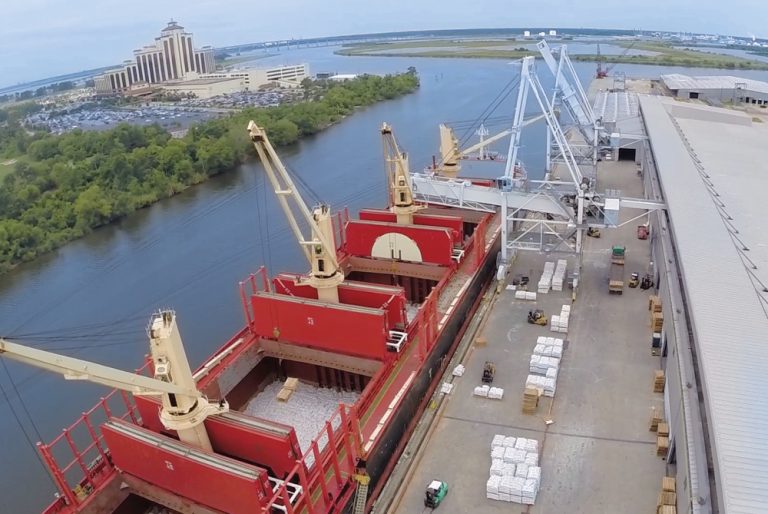 Since the late 1940s, Southwest Louisiana has been an epicenter for the petrochemical industry, with refineries and chemical plants dotting the landscape and bringing with them high-paying jobs and a wealth of support industries. Today, with changes in the global market and the discovery of Louisiana Shale deposits, the region’s energy sector is set to expand again – to the tune of $86 billion in announced industrial projects. Several firms are making large investments, including Cheniere Energy, a Houston-based energy company specializing in liquified natural gas-related businesses. Cheniere plans to invest $18 billion in a LNG facility in Cameron Parish. Other energy firms investing in the region include Cameron LNG, which is building a new $10 billion LNG export terminal in Cameron Parish, and Sasol North American Operations, a South African-based petrochemical company with North American headquarters in Houston that is constructing a $8.9 billion a world-scale ethane cracker near its existing Westlake site.

“Cameron Parish has traditionally found success in oil and gas and the service industries built to support that field,” says Clair Hebert Marceaux, director of economic development for the Cameron Parish Police Jury. “With two LNG export facilities currently under construction, it is rapidly becoming an epicenter for the development of an industry that provides global access to liquid natural gas.”

Southwest Louisiana’s location and logistical advantages – including close proximity to Houston and access to the Gulf of Mexico – have contributed to the region’s growth not only in the energy sector but also in key industries such as aviation and agribusiness.

“We have a port network of six ports, including the West Cameron Port and the Port of Lake Charles, which is the 11th largest port in the United States,” says George Swift, president and CEO of the Southwest Economic Development Alliance. “We have an extensive rail network, interstate highways, and a very robust pipeline network. Logistics is our strength.”

In fact, says Port of Lake Charles Director Bill Rase, the port’s 40-foot-deep channel is responsible for much of the region’s diverse economy. “If you take a look at the current businesses in this area along with the new business that’s coming, all of them are located along the water or in close proximity to our channel,” Rase says. “The industries that feed off those companies are also related to the water and use the water. The port is the major economic engine for this area, and it’s been that way for a number of years.”

The region’s economic diversity runs the gamut from energy to tourism, which continues to thrive thanks to a robust gaming industry and an abundance of natural resources and outdoor recreation opportunities.

“What has led to the growth of the tourism industry in Cameron Parish is the presence and preservation of our National Wildlife refuges: Rockefeller, Sabine, Lacassine and Cameron Prairie as well as the Creole Nature Trail,” Marceaux says. “Hundreds of thousands of visitors annually travel to Cameron Parish to experience the raw, natural environment, walk our 26 miles of beaches, see unrivaled migratory foul, and get away from the hustle of more populated areas.”

Marceaux says the same amenities that attract tourists also bring top talent to the area. “Good quality of life is the icing on the economic development cake,” she says. “Here in Southwest Louisiana, our residents experience it daily and folks travel from all over the world to take a bite of our rich history, taste delicious local cuisine, visit our regional museums, and simply have a good time. Attracting and keeping a high quality workforce is key to continued regional prosperity, and quality of life plays a major role in doing just that.”

With an influx of jobs expected to come into the region over the next few years, Southwest Louisiana’s colleges and universities are working closely with industry leaders to ensure the pipeline of talent continues to flow. “To construct all of these projects, we will need about 30,000 construction workers and then 20,000 permanent workers,” Swift says. “We also have a large number of engineering and project management firms, contractors and suppliers all coming into the area. “Without a qualified workforce, none of this could happen,” he continues.

“That is why we are increasing investment in training at SOWELA Technical Community College, McNeese State University and others. We are gearing up to train not only our local and state workers, but also those workers from across the nation and around the world that we will be welcoming into the region.”