Southwest Louisiana Recreation is a Sure Bet

From gaming to golf to the Gulf of Mexico, Southwest Louisiana offers world-class entertainment 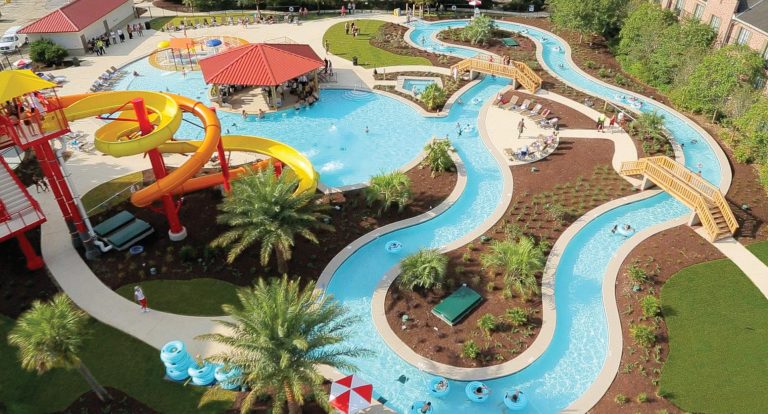 The gaming industry certainly has been on a roll in recent years, with five Vegas-style resorts – Coushatta, L’Auberge, Golden Nugget, Delta Downs and Isle of Capri – that combine to draw approximately 4 million visitors each year and employ over 8,000 people.

The industry is on a streak of expansions and renovations. For example: * Barely a year after opening in December 2014, the Golden Nugget began work on a $100 million expansion that added another 300 hotel rooms, bringing total room capacity to more than 1,000.

* Coushatta added the $60 million Seven Clans Hotel to its property.

* Delta Downs (which also offers horse racing) nearly doubled its room capacity to a total of 367 with a $45 million expansion.

* L’Auberge underwent a $7 million renovation to its luxury garden suites, and the Isle of Capris renovated its Lone Wolf concert venue.

“Along with the gaming and horse racing opportunities, the casinos in the area have incredible dining with award-winning chefs, nightly entertainment options or major headliners, and amenities such as retail outlets, golf courses, spa facilities and lazy rivers,” says Angie Manning, communications director for the Lake Charles/Southwest Louisiana Convention & Visitors Bureau. “The attention to detail for each customer makes the difference, as Southern hospitality is always number one for our casino properties.”

Discover the Unique Flavors and Culture of Southwest Louisiana

It is easy for golfers to get into the swing of things in Southwest Louisiana. Golf Digest lists three courses in the region on its list of top 10 public courses in the state, and the mild winters mean that the sport can be played throughout the year. Combine that with the area’s picturesque scenery, and you have all the ingredients for an enjoyable golf outing, 12 months a year.

Two of the courses ranked in the top 10 are connected to area gaming resorts: the Contraband Bayou Golf Course at L’Auberge, and the Country Club at Golden Nugget.

The other is the Gray Plantation Golf Course, which Golf Digest has named as one of the top 100 courses in the U.S..

Entertaining rounds of golf can also be found at Frasch Park Golf Course, Mallard Cove and the National Club of Louisiana, a challenging 7,000-yard layout that includes 14 lakes.

“The beauty of golf in Louisiana is the ability to play year round, and the unique Louisiana landscape,” Manning says. “The intentional incorporation of indigenous plants, flowers and trees into the flow of the golf courses make them striking and memorable.”

Water is an integral part of the recreational offerings in Southwest Louisiana, as the region offers countless ways to get out onto the water or simply enjoy it from the shore. A prime example is the 1,087-acre Sam Houston Jones State Park, which has two boat launches that provide access to the nearby Calcasieu River Estuary. But for landlubbers, the park also offers several hiking trails that meander past tree-filled lagoons and various tributaries that jut off from the Calcasieu River. This lush landscape attracts nearly 200 species of birds, making the park extremely popular among bird watchers.

Another enticing location is the 18-acre Prien Lake Park, which sits on the eastern edge of the lake, providing spectacular views of the sunset over the water. “Sunset photos at Prien Lake Park are prominent, with the sun creating patterns on the clouds and on top of the lake as it sets near one of the area’s iconic bridges,” Manning says.

“Southwest Louisiana is just blessed with an abundance of waterways, which leads to recreation on the water from fishing and boating to canoeing, kayaking and paddle boarding,” Manning says. “There are several companies that rent equipment to get people out on the water or hire guides to take them to some of the best places to fish in the area.”