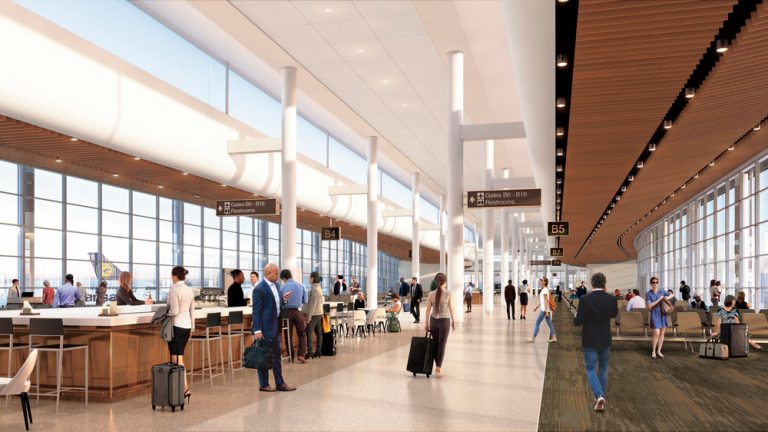 Location, location, location. St. John the Baptist Parish has it, and its economy is going places thanks in large part to an excellent transportation network throughout the region.

The parish is strategically situated between the metropolitan cities of Baton Rouge and New Orleans, and serving St. John residents and businesses are major roadways such as Interstates 10 and 55, U.S. Highways 51 and 61, along with six Louisiana highways. For companies that ship freight by train, Class I main rail lines Canadian National, Kansas City Southern and Union Pacific are other transportation assets for the region.

For air travelers, the parish is home to the Port of Louisiana Executive Regional Airport in Reserve that accommodates corporate and leisure travelers. In addition, within a 30-minute drive of the parish is Louis Armstrong New Orleans International Airport, which connects commercial-flight passengers to cities throughout the world.

Besides all of these transportation advantages, another crown jewel in the overall logistics infrastructure of St. John the Baptist Parish is the Port of South Louisiana, which is headquartered in LaPlace and extends 54 miles along the Mississippi River.

The port is also a major player in the energy business, with six large oil and gas pipelines serving the South Louisiana port district. The port is also the terminus for the nation’s only offshore oil superport – the Louisiana Offshore Oil Port, or LOOP – which is 15 miles off the Louisiana coast and provides more than 500,000 barrels of crude oil a day through a 48-inch pipeline.

“We have major onsite oil storage terminals and four refineries, including Marathon Petroleum Company LP, and our oil and natural gas pipeline infrastructure will allow us to welcome many more energy players,â€ Aucoin says. “By the way, we also operate the largest Foreign Trade Zone (FTZ) in the United States. FTZ No. 124 covers our entire port region.”

Find the Good Life in St. John the Baptist Parish

South Louisiana also recently approved more than $23 billion in announced projects for the port district, with most of those construction projects to occur in St. John the Baptist Parish. Three of the specific projects are Eurochem (nitrogen and phosphate fertilizers) with a $1.5 billion capital investment, Pin Oak Terminals (liquid and chemical storage) investing $700 million, and BioAmber (sustainable chemicals) investing $200 million.

“The Port of South Louisiana is lucky enough to have an excellent terminal called Globalplex located right in the middle of all our operations,â€ Aucoin says. “It’s a 350-acre site with many warehouses and the capacity to dock three ships at a time if necessary, and the Globalplex property allows for easy loading and unloading of goods that are transported by truck, train or barge. The good news for companies is that there are still a number of available sites at Globalplex.”

Talent for the Future: St. John the Baptist Parish Preps Students for the High-Tech Future

The port has also been awarded a $500,000 government grant to explore the possibility of adding container operations at Globalplex, thereby bringing even more jobs to the facility that already features 315 employees.

“The latest project I’m working on is trying to get stand-alone funding from the U.S. Corps of Army Engineers so we can deepen our channel from the current 40 feet down to 50 feet, which would make our port even more competitive in accommodating larger or fully loaded ships,â€ Aucoin says. “The Trump administration has put together a list of specific infrastructure projects for America, and deepening the Port of South Louisiana is high on that list. I hope it happens in the near future, to grow our region’s economy even more.”