Why You Need to Experience Old Louisiana in St. John the Baptist Parish

The parish right outside of New Orleans offers the sights, sounds and tastes of old Louisiana 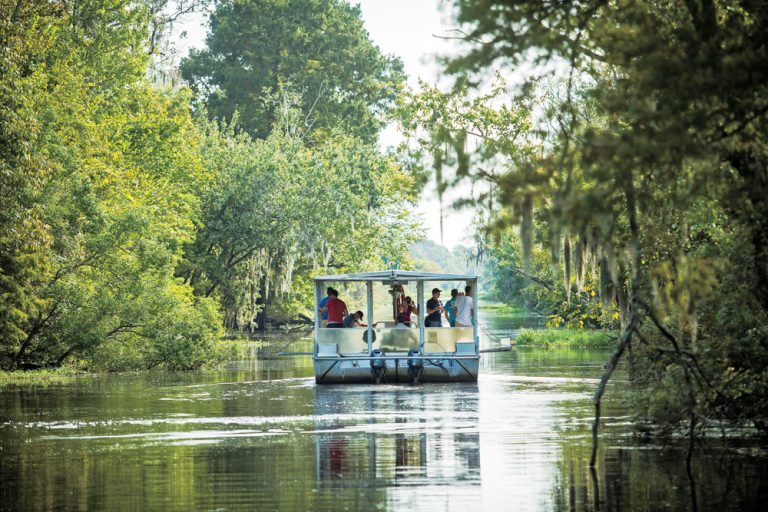 Visitors to New Orleans often are encouraged to venture outside the French Quarter in order to experience everything the city has to offer. And for those who want to take it a step further, a trip to St. John the Baptist Parish less than 30 miles to the west will provide tourists with a taste of old Louisiana.

This is the land of beautiful plantations and rustic swamps. A place popular with outdoor enthusiasts for the abundance of fishing, hunting and hiking opportunities. A distinctive-looking region that provides the scenic setting for a number of movies and television shows.

And, of course, it is an area filled with the sounds of Cajun music and the aroma of Creole cooking. This is, after all, Louisiana. In fact, some might say this is true Louisiana.

Find the Good Life in St. John the Baptist Parish

Romp in a Swamp

There are plenty of outdoor recreation possibilities in St. John the Baptist Parish. You can get on the water and fish for largemouth bass, sunfish and crappie, or stay on land and enjoy biking and hiking along a variety of nature trails and paved pathways.

“There are miles of walking or cycling paths atop the Mississippi River levee, leading to a nature trail in Garyville and Lake Pontchartrain in LaPlace,” Robottom says. “There is easy access to our lakes and an opportunity to go kayaking or join a swamp tour.”

A swamp tour is one of the most interesting ways to experience the Louisiana landscape. These excursions allow visitors to get an up-close view of parish wildlife. You’ll have a chance to see alligators, of course, but also beavers, raccoons and maybe even a deer. In addition, these tours take you pass moss-draped cypress trees and the sweet-smelling wild hibiscus rose mallow.

Things to Do in St. John the Baptist Parish, LA

For history buffs, St. John the Baptist Parish can transport tourists to the 18th and 19th centuries with tours of the region’s stately old plantations.

“Plantation tours draw visitors from near and far to observe the culture of the German Coast and the transition to today’s culture,” Robottom says.

Stops include Evergreen Plantation in Edgard (a fully intact, working sugar cane plantation), San Francisco Plantation in Garyville (with an impressive selection of antiques), Whitney Plantation in Wallace (which includes the last surviving example of a French Creole barn), and Godchaux-Reserve House in Reserve (which recently underwent a major restoration).

With all its historical structures and striking scenery, St. John the Baptist Parish increasingly has become a favored site for film and television production. The hit show Queen Sugar, about life on a Louisiana sugarcane farm, is filmed in the region for the Oprah Winfrey Network, as was the TNT show Memphis Beat. A number of major movies also have been shot within the parish, including The Curious Case of Benjamin Button and Django Unchained.

“This sector continues to grow, as much of St. John’s picturesque scenery is being showcased in films and television shows,” Robottom says. “Our residents and business owners have gotten used to seeing production crews around the Parish, encouraging them to audition as extras, work with logistics crews, and even to offer catering and other services during production.”

This influx in film and television production is aided by the presence of the St. John Center Soundstage in LaPlace, a 42,000-square-foot facility with a 26,000-square-foot soundstage. When not in production, the center is available for community and event rentals.

Can you say Andouille? They certainly can in St. John the Baptist Parish, especially in October during the annual Andouille Festival. What began in 1972 as a fundraiser for the LaPlace Fire Department has grown to a three-day event that brings in more than 20,000 visitors.

Activities and attractions at the festival include a 5-mile run and 2-mile run/walk and the Sunday Gospel Music Tent. The 2017 festival showcased a dozen musical acts, 27 food vendors and 23 craft vendors, providing plenty of opportunities to sample the sights, sounds and tastes of what St. John the Baptist Parish has to offer.