Skip to content
Home > LA > New Orleans > Love Where You Live > Moving Stories: Forced Out by Hurricane Katrina, Where Are They 10 Years Later?

Moving Stories: Forced Out by Hurricane Katrina, Where Are They 10 Years Later?

Many were forced into new beginnings, but we found stories with happy endings 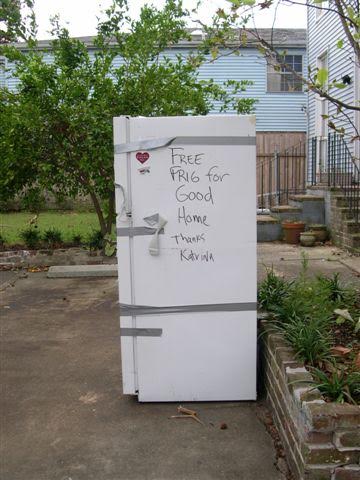 Why we relocate is always a personal story impacted by age, race, ethnicity, sexual orientation, family and other factors. Livability will explore these topics in a new series of feature articles called Moving Stories. This is the first installment.

Gary Miller had a pretty good life going in New Orleans in 2005. He had a successful law career. His wife loved her job as a pre-school teacher, and his kids were thriving in the same private school he had attended himself. His family lived in a beautiful historic Victorian that, after years of hard work and renovation, was featured in books about New Orleans homes.

“That kind of [renovation] can make or break a marriage,” Gary says, “and it made ours.” His family even had their retirement mapped out and a plot of land purchased in rural western North Carolina near a resort where he’d vacationed for years.

Most importantly, his law career allowed him to save up a rainy day fund.

Hurricane Katrina lead to the largest mass migration in U.S. history. Before the storm hit, New Orleans was one of the largest cities in the U.S., with a population just shy of 500,000. Today, at 384,000, it just cracks the top 50. According to the U.S. Census Bureau, about 82 percent of households in the New Orleans Metro area were displaced for at least two weeks. While many were able to return after a month, only 68 percent of Louisiana residents who evacuated made it home after the first year.

The majority of permanently displaced residents faced a long road to recovery. But for some being forced from a home they would have otherwise never left lead to unforeseen opportunities. Everyone who was touched by this event has a story to tell, many tragic, all emotional. Here are a few with happy endings.

As the storm approached, Gary Miller boarded up his house and sent his wife and two kids to western Louisiana to stay with his brother-in-laws in Sulphur. Gary stayed behind because his 75-year-old mother refused to leave her apartment complex. He thought she’d be safe there, so he waited out the storm, watching over his historic home. He could feel it bouncing on its foundation as one of his neighbor’s houses was lifted by the winds and thrown onto a house next door. Even now, 10 years later, his voice catches when he talks about Katrina.

“I’ve been through a lot of hurricanes but that one … it was something,” Gary says. “It was incredibly unsettling. I wasn’t one who ran around and took a lot of pictures of the houses and trees down. I didn’t want to remember any of that.”

It wasn’t until the next day that he began to learn the toll the storm would take on him personally. He went to check on his mother and found that the power outages had impacted the oxygen machine she relied on. His mother had passed away. Gary was devastated, but the levees had broken and he had to leave. He joined his family and stayed in Sulphur. In the meantime, his law firm – trying to stay open – had started offices in Houston and Baton Rouge and asked him to pick.

“I’m not going anywhere,” he told them. He called a bunch of clients, and they said they’d stay with him – if he had a computer and a fax, they didn’t care where he was. “It gave me a big boost, emotionally.” They rented a home near Sulphur and stayed until they were forced out yet again by Hurricane Rita.

With ties to New Orleans cut, at least temporarily, his family accepted an offer of cheap housing from the owner of the resort in North Carolina where he’d previously vacationed. He packed up the car with his family, his mother-in-law, two dogs and a guinea pig, and headed to Appalachia for what they thought would be a couple of months.

The Friday before the storm, Lauren Landry left New Orleans for good. She just didn’t know it at the time. Hurricane Katrina was entering the Gulf of Mexico, but she wasn’t trying to get out before the storm. She was cashing in a college graduation present and flying off to visit a friend for the weekend. She was 22 years old and looking forward to a weekend of partying in the big city.

Like many, the Louisiana native didn’t make too much of the storm at first. While she was in Chicago, she stayed in touch with her family back home and knew that they were evacuating. Her Sunday night flight home got pushed back, and she admits, at the time, she was just thankful for an extra day with friends.

By Monday the levees had started to break and her flight again got pushed back, but it wasn’t until she called Southwest Airlines on Tuesday to reschedule that the enormity of the situation hit her.

“Honey, you can’t go home,” the ticket agent said. “There’s nothing there.”

As the message sank in, she realized that her town was gone and, in a state of shock, she had to figure out what to do next.

Meanwhile, her older sister, Meredith, was hunkered down with relatives in Baton Rouge. A week after the storm, she was finally able to sneak past the National Guard to get to her apartment in the city. It was not flooded, however the powerful winds had forced soot and debris down the century-old chimney. Everything was coated with black gunk, so she returned to her uncle’s. After a couple weeks, she decided to visit Lauren who had remained in Chicago, staying with friends.

“Everything was just on hold,” she says. “After a couple of days of being there, my boss called and said [she and her coworkers] were all out of jobs.”

The retail store where Lauren worked was under water and not likely to reopen leaving her out of a job as well. The sisters talked it over and decided to stay for good. They each described it as “survival mode.”

They rented a truck and tried to return but found New Orleans closed off again due to Hurricane Rita. Once again, they had to sneak into the city to salvage and pack what they could.

As in many cities taking in the evacuees, Chicago opened up for Meredith and Lauren. When they returned to Chicago, they found help finding an apartment and moving their stuff in. They quickly found work, and Lauren eventually went to grad school in the city.

“I’ll never forget how accommodating everyone was,” Meredith says.

Maria Vieages was a lifelong New Orleans resident. When the hurricane hit, she was determined to stay. While she didn’t do this for Katrina, she often gave discounts at her restaurant to people with the same name as whatever Hurricane was in the Gulf at the time. Hurricanes were no big deal. But this time was going to be different, and a relative finally told her she was being “crazy.” She packed her cats, some clothes, her Seinfeld DVDs and a bottle of wine, and set off for a relative’s home in Dallas. She thought it would be a nice vacation, but the 19 hours it took to reach the Texas state line due to all of the evacuation traffic were only the beginning of a wrenching odyssey.

Her plan, of course, was to return quickly, but it was a month before she was able to sneak back into the city. She found her home, cafe and catering business heavily damaged from the storm. It wasn’t until December that she was finally allowed to return to New Orleans full time. Once there, she fought to stay, but after getting little help from the government or from her insurance company, she described her condition as “fading.” The stress of losing her community and fighting to rebuild had taken its toll on her physical and emotional health. She says she was diagnosed with depression and hypertension and suffered anxiety attacks.

Then she heard from a friend and cooking client in the California wine country who insisted she take a trip to Sonoma for a much-needed break. While there, Maria fell in love with the area and decided to move to Santa Rosa.

She was quickly embraced by the community. “I was a novelty. People hear you’re from New Orleans, and they fall all over themselves.”

She loved the laid-back attitude in Santa Rosa, one of Livability’s Top 100 Best Places to Live. “It’s so me,” she thought at the time. “I was always meant to be in California.”

Her cooking business thrived, surrounded by the diverse restaurants of the San Francisco and Sonoma regions. She worked as a private chef for wine county tourists and locals, and swore she would never return to New Orleans, where the bad memories of her departure had overwhelmed even her lifelong love for the city.

Each of these people recognize the enormity of the tragedy that befell their hometown, but they also recognized that, for them at least, it turned out for the best. Lauren and Meredith Landry each met their current boyfriends in Chicago, and each made a major move since then – Lauren to Dallas to take advantage of a job opportunity for her boyfriend and Meredith to Pasadena.

“When we moved here, we didn’t have jobs; we were just completely taking a risk. It was so egotistical or naive. We floundered for a year,” Meredith says. Now, she says laughing, “I have a lemon tree. I’m living the dream.”

Maria, now in her early 50s, also found empowerment in moving. While happy in California, she recently realized it was time to return to her true home in New Orleans after a quick stop in Tampa, Fla. The community that a decade ago was so torn apart is coming back together, and in that togetherness, can once again embrace her and her cooking. Her friends gathered to welcome her back.

“I almost passed out. I couldn’t believe how many people were there. One of my high school teachers was there. My eighth-grade teacher was there. It was incredible, and people started signing up for cooking classes.”

But Gary, now 58, has found a home in Sylva, a rural town in western North Carolina. He has started his own law practice and finds that after the hurricane, his priorities have changed. He’s less concerned about the number of billable hours and more concerned about the impact of his work.

“In New Orleans, the work I did helped people climb corporate ladders. Here, the work I do changes people’s lives.”

He’s built a reputation in town, and that has lead to the sorts of opportunities that only exist in small towns, such as when a retiring attorney referred his clients to him because he wanted them to be well cared for.

His biggest regret, other than missing the rich New Orleans food, is the impact the move had on his kids. His daughter was in seventh grade at the time, and his son was a junior in high school. After growing up in a city like New Orleans, his children had a tough time adjusting to life in a rural area. But now, he says, “they appreciate what they have and what they’ve had the opportunity to experience.”

“The rainy day fund disappeared,” Gary says. “But it enabled us to do this. I couldn’t be happier, but I’d give anything for an oyster po-boy from Domilise’s.”