Baltimore, MD Proves To Be A Powerful Breeding Ground For Discovery

Learn how Baltimore's academic, private and government research facilities are busy churning out the next big idea. 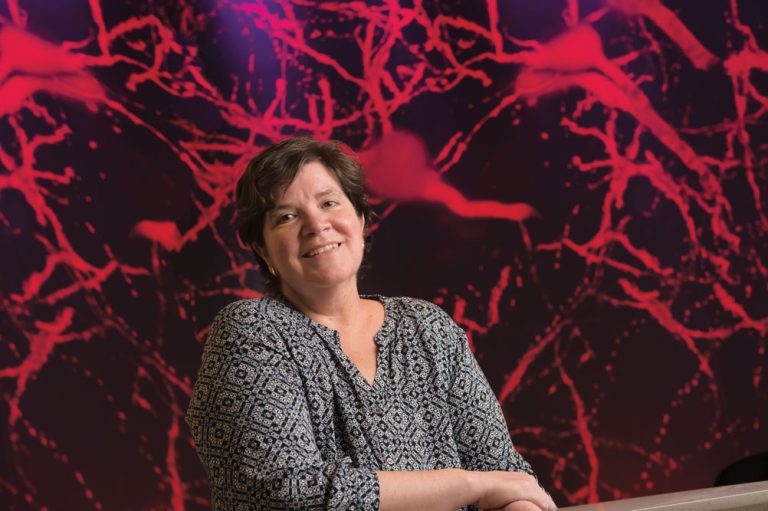 When the Lieber Institute for Brain Development was looking for a location for its research labs, Greater Baltimore was at the top of the list for a number of reasons.

“One, because we had the opportunity to affiliate with Johns Hopkins University, and that was an extremely attractive option for the Institute. We looked at affiliation proposals from a variety of different universities around the country and chose Hopkins,” says Lieber Institute chief of staff Jean DuBose.

“Two, being in the mid-Atlantic region, we are very accessible to institutions and organizations, such as the National Institutes of Health. Being an hour or less from the NIH is very important for collaboration,” DuBose says. “We’re also close to New York, and it’s a quick flight to Boston, which is another very strong science and technology hub area, so that’s a key factor.”

It is those location attributes, highly educated workforce and research prowess that are making Greater Baltimore a hub for innovation in sectors ranging from medicine and biohealth to defense, cybersecurity and food production.

Researchers at the Lieber Institute are working to translate the genetic and molecular mechanisms of developmental brain disorders into new treatments that can change the lives of affected individuals. The organization is the largest non-Hopkins employer in the Science + Technology Park at Johns Hopkins. The institute has grown from a handful of employees when it launched five years ago to a staff of 105.

“We are operating at full capacity here in east Baltimore,” DuBose says, “The scientific programs at the institute, as well as our collaborations and partnerships with others in the region are growing and thriving.”

DuBose says one reason for the institute’s rapid growth is the region’s research environment.

“The overall climate [for research] is very strong in Greater Baltimore,” she says. “When you have two strong anchor research institutions like Johns Hopkins and the University of Maryland in one city, it’s really powerful. There is world-class research happening here at the Lieber Institute, at Johns Hopkins and across town at the University of Maryland, as well as some of the other research universities around the region.”

The region’s research capabilities are being applied on a number of fronts.

The Johns Hopkins Applied Physics Laboratory (APL) in Howard County provides research services, as well as technical assistance to NASA and the Department of Defense. The APL works with the U.S. Navy on projects such as air defense systems and submarine security, and supports NASA through the design and development of spacecraft.

The U.S. Army Research Laboratory (ARL) at Aberdeen Proving Ground in Harford County is the largest single site for the ARL, the Army’s central research laboratory. The ARL concentrates on scientific discoveries that enhance the capabilities of the military. The research lab routinely partners with private businesses and academia to develop new technologies.

“The world has been changing over the last two decades,” notes Maj. Gen. John F. Wharton, commanding general of the U.S. Army Research, Development and Engineering Command, which oversees the ARL. “The pace of change is visible in all of our daily lives … Innovation does not come from technology alone. It emerges from evolutionary problem-solving directed at specific operational and tactical issues.”

Private-sector research is also on the rise in Greater Baltimore, generating new products and ideas.

Aeronautic giant Lockheed Martin, sportswear manufacturer Under Armour and McCormick & Company Inc., a manufacturer of herbs, spices and flavorings, all have major research facilities in the region.

Under Armour’s planned 50-acre campus under construction at Port Covington will feature innovation labs for product development and design.

At the McCormick Science Institute, research and clinical studies focus on the dietary and health benefits of culinary herbs and spices.

“I think organizations like ours contribute to the regional economy by adding jobs to the workforce,” the Lieber Institute’s DuBose says.

“These are in most cases well-paying, professional, scientific career-track positions. We have recruited people from around the world,” she says. “These people are working; they’re buying homes; they’re becoming part of the Greater Baltimore community, so that is certainly one of the ways that we can contribute as an institute to the economic vitality of Baltimore and of the region.”