Learn how cybersecurity firms in Greater Baltimore are developing new technologies to help businesses, government agencies, the military and others keep their secrets. 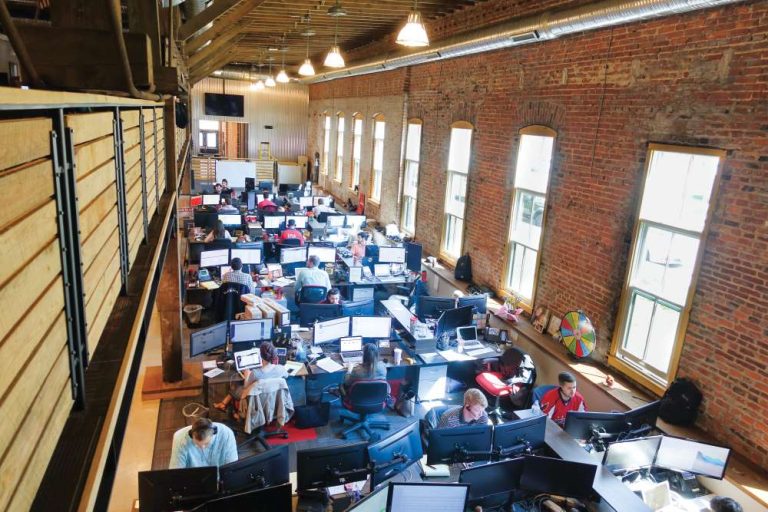 The nation’s health-care records, financial data and classified military information are being protected from prying eyes thanks to work being done in Greater Baltimore.

The region’s advantages for cybersecurity innovation include the presence of federal institutions and military installations that are breeding grounds for entrepreneurship and technology commercialization.

The region has one of the highest concentrations in the nation for cyber jobs, with 40 percent more cybersecurity workers than the national average, just slightly behind Silicon Valley. More than 75,000 people in Greater Baltimore and Central Maryland work in cybersecurity, according to the Economic Alliance of Greater Baltimore. Data from the Cyber Technology and Innovation Center in Baltimore shows more than 13,300  cybersecurity job openings in the region, which lags only Palo Alto and San Francisco.

All of that makes Greater Baltimore the location of choice for information technology firms like Baltimore-based Red Owl Analytics, which develops behavioral software that enables companies and government agencies to monitor employees for risks either intentional or accidental.

The company, founded by West Point graduate Guy Filippelli in 2011, has attracted more than $30 million in funding, including $17 million in 2015 alone.

In 2015 alone, companies in the Baltimore-Washington, D.C., region received more than $744 million in venture funding for software and IT services, according to the PricewaterhouseCoopers and National Venture Capital Association MoneyTree report.

Tenable, a Columbia-based developer of vulnerability detection systems, found itself in record-setting territory when it raised $250 million in funding in 2015.

“Being headquartered in this region gives us access to a cyber workforce that has supported the world of cyber espionage and public policy, as well as performed R&D at university institutions, such as Johns Hopkins University and the University of Maryland,” says Tenable Chairman Ron Gula.

CyberPoint, a Baltimore-based company founded in 2009, delivers a range of cybersecurity services for corporate, U.S. government and international clients. Among its specialties are secure network engineering, digital forensics, malware analysis, and risk analysis and vulnerability assessments.

Baltimore-based ZeroFOX, which protects organizations from hacks to their social and digital channels, attracted $27 million in venture funding in 2015.

Fifteen of the region’s colleges and universities are ranked as NSA Information Assurance and Cyber Defense Centers of Excellence, more than any other state in the country. Towson University, developed one of the first undergraduate cybersecurity tracks in the U.S. Towson is one of only 16 universities in the nation with the National Security Administration’s CAE in Cyber Operations designation, which notes a rigorous interdisciplinary program grounded in computer science and computer engineering,

Morgan State University received a $1 million matching grant from the Maryland Department of Commerce to endow a chair for research into security for the Internet of Things, the network of devices, vehicles, buildings and other items embedded with electronics, software, sensors and network connectivity that could be threatened by cyber attacks.

Established and emerging cybersecurity companies in Greater Baltimore are primed for growth, says Jacky Kimmel, President and CEO of InfoTek Corp., a Howard County company that provides engineering, security, IT and other services for the Department of Defense, intelligence communities and other clients.

“Our proximity to other major cities like Washington, D.C., Philadelphia and New York means there are lots of federal agencies, finance companies and big business in the region, making it easy to expand or establish a client base,” she says. “Also, Greater Baltimore has a recognized focus on technology growth, which makes it easy to attract some of the best and most innovative minds.”