Ideal location and transportation logistics make area a gateway to the world. 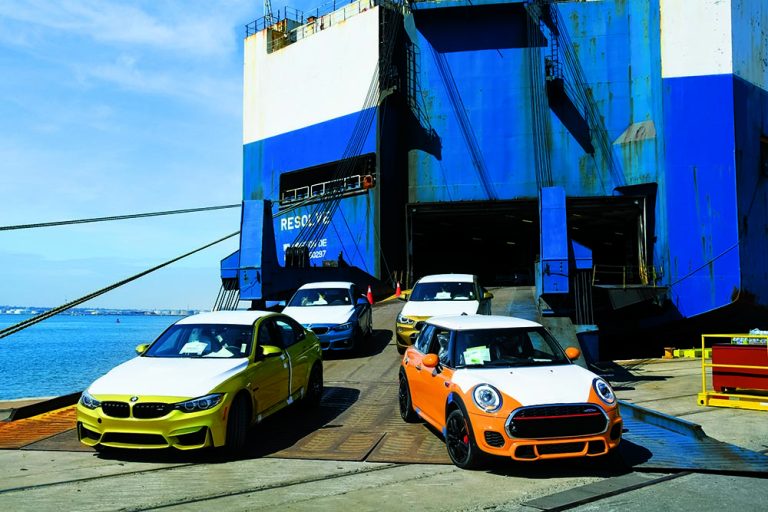 Greater Baltimore is a gateway to markets throughout North America and the world thanks to a superior logistics network that includes a deepwater Atlantic port and world-class international airport.

The region’s logistics advantages include its location in the heart of the busy East Coast corridor, Class I railroads and overnight trucking access to one-third of the United States population.

The Port of Baltimore is one of the few ports on the East Coast capable of handling the megaships sailing through the expanded Panama Canal.

BWI Marshall and the Port of Baltimore continue to set records for their economic impact.

More than 27.1 million commercial passengers used the airport in 2018. It was the fourth-consecutive record for passengers at the airport.

Southwest Airlines chose BWI Marshall for its first maintenance facility in the Northeast, where it expects to create 450 jobs over the next three years. The project includes construction of a hangar with about 130,000 square feet of space capable of handling three aircraft at a time. An area outside the hangar will have room for eight airplanes. The $130 million facility is expected to be completed in 2021.

The Port of Baltimore is the nation’s largest port for automobile imports. The port supports 15,330 direct jobs and more than 139,000 other jobs linked to its activities. Overall, the port is responsible for nearly $3.3 billion in wages and salaries.

In 2018, the state-owned public terminals at the port handled a record 10.9 million tons of general cargo, including containers, vehicles, construction equipment and other goods. When cargo handled by state-owned and private terminals is added together, a record 43 million tons of international cargo was handled in 2018. The value of cargo reached a new high of $59.7 billion.

The port handled more than 1 million 20-foot equivalent unit (TEU) containers in the year prior to April 30, 2018, marking the first time it exceeded that number. It handled a record 850,147 cars and light trucks in 2018, the most in the U.S. for the eighth year in a row.

Right at Home in Greater Baltimore

CNH Industrial, one of the world’s largest heavy-equipment manufacturers, makes extensive use of the Port of Baltimore.

“The Port of Baltimore is nearly a perfect port location for our whole goods distribution, which is why a high percentage of all (CNH) North American import and export cargo arrives or departs from Baltimore,â€ says Mike Malkinski, CNH’s supervisor in Baltimore for port operations.

“The port’s investment in infrastructure … allows CNH Industrial to be in one location and still import cargo using multiple vessel lines,â€ Malkinski says.

The Port of Baltimore’s strengths include its logistics options. Plus, its proximity to major interstates allows CNH to maximize its capacity for shipping by truck, and the CSX and Norfolk Southern railroads move export cargo, Malkinski says.

Others agree. Brazil-based forestry products company Suzano Pulp and Paper selected the port for the shipment of at least 72,500 tons of wood pulp used to make paper products.

Thanks to infrastructure improvements, including investment in a 50-foot-deep berth, the port is capable of servicing some of the world’s largest commercial ships. One of them, the Evergreen Triton, arrived in the spring of 2019.

“We are well-positioned to continue to welcome ships of this size and make the necessary infrastructure improvements to grow our port and support Maryland being open for business,â€ says James J. White, Maryland Port Administration executive director.