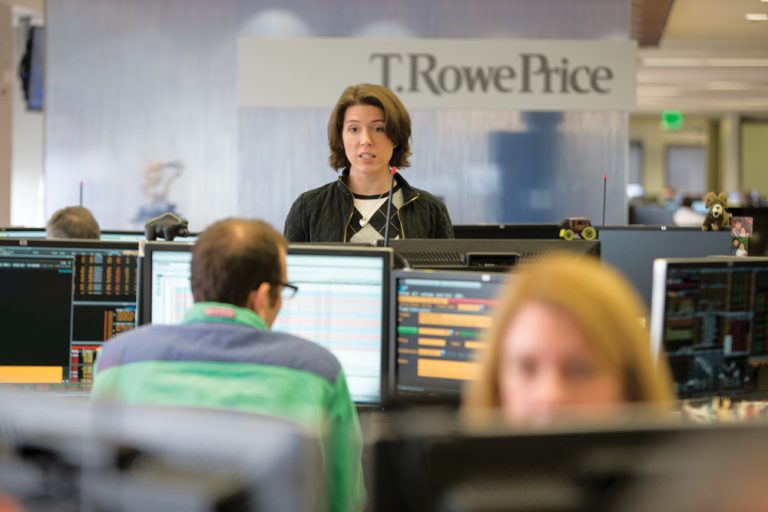 Firms such as T. Rowe Price and Legg Mason, with their long histories in the region, have made Greater Baltimore one of the top 10 U.S. markets for investment banking and wealth management. The first investment bank in the nation, Alex. Brown & Sons, was founded in Baltimore in 1800.

T. Rowe Price, which has more than $776 billion in assets under management, has made its headquarters in Baltimore since the firm’s founding in 1937. The firm employs more than 3,800 workers in the region and supports a number of community endeavors. In March 2016, the firm’s charitable arm, the T. Rowe Price Foundation, announced it would make $1.3 million in grants to support initiatives in West Baltimore aimed at strengthening the area’s leadership and organizational capacity, building families’ financial capabilities and improving access to fresh produce.

Legg Mason, which employs around 350 workers in the region, is anchor tenant of a signature 24-story office tower on Baltimore’s Harbor East that bears its name. The firm is also a major supporter – in funding and in volunteer support – for numerous charitable and nonprofit organizations in the region.

In Columbia in Howard County, Ascend One Corp. operates a portfolio of businesses, including 3C Inc. and CareOne Services Inc., that provide consumers with credit and debt relief services. The company, which has more than 500 workers in the region, also operates Amerix Corp., which provides back-office and technology processing services for credit counseling agencies.

Global financial services giant Morgan Stanley has a major presence in Greater Baltimore, where it opened an office in the mid-2000s with just 60 people. The firm capitalized on the region’s abundance of higher education options and talent to grow its workforce to more than 1,000 employees in operations, finance, legal and compliance, and technology services. In 2010, the firm opened a business service center in the 277,000-square-foot Thames Street Wharf building on Baltimore’s waterfront. The Baltimore office is the firm’s largest North American office outside of its New York headquarters.

Transamerica, one of the nation’s leading providers of life insurance, savings, retirement and investment services, maintains its headquarters in Baltimore in a 37-story office tower that bears the company’s name.