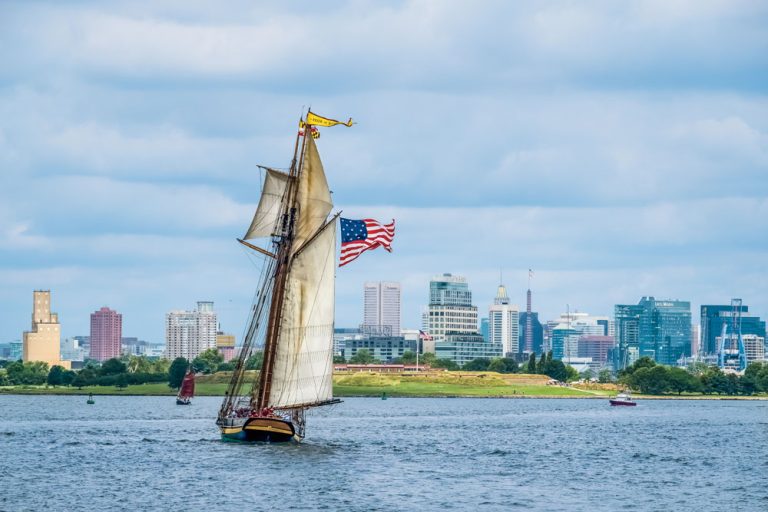 A  collection of assets that includes a highly educated workforce, world-class higher education institutions, a major international airport and a quality of life that features both cosmopolitan flair and standout natural attractions are drawing talent and investment.

At the heart of the region’s advantage as a place to locate and expand in is a deep pool of workforce talent, nearly 40 percent of which has a bachelor’s degree and 17 percent of which holds an advanced degree – fourth highest among large U.S. metros.

“We have a highly educated and skilled workforce, outstanding research universities, an unmatched location between New York and Washington, D.C., and a business community that is very engaged with our communities – a grand slam,” says Donald Fry, CEO of the Greater Baltimore Committee, the leading business advocacy organization in the region and the state.

Greater Baltimore is Booming – Here’s How Its Growing

Part of the secret sauce of the region’s $187.4 billion economy is a collection of 26 colleges and universities that includes the world-renowned research leader Johns Hopkins University, the U.S. Naval Academy and six campuses of the University of Maryland System. A network

of community colleges provides a direct link to specialized programs and training to feed in-demand fields.

of the U.S. consumer market.

A deep pool of talent, standout higher education assets and an affordable location in the heart of the New York-to-Washington D.C. corridor have made Greater Baltimore a headquarters of choice for major corporations including Under Armour.

Economic momentum is evident across the region, with billions of dollars in new projects under way. From the Inner Harbor to communities up and down Chesapeake Bay, a slew of major industrial, commercial, retail and residential areas are reshaping skylines and neighborhoods and opening up opportunities for new investment. Four massive developments now underway around Baltimore’s waterfront alone reflect investment of more than $1 billion each.

“Baltimore City has significant momentum right now and we’re excited to be a part of it,” says Tom Geddes, CEO of Plank Industries, an investment company founded by Under Armour Chairman and CEO Kevin Plank.

One of Plank’s companies, Sagamore Development, is the force behind Port Covington, a 4 million-square-foot mixed use waterfront development that will include Under Armour’s new headquarters campus, other offices, shops, restaurants and housing.

“We are seeing more and more commercial capital coming to Baltimore, as shown just recently by the large investment by Goldman Sachs into Port Covington,” Geddes says, referencing the investment firm’s September 2017 announcement that it would invest $233 million into the development.

“There’s a great entrepreneurial spirit and energy in the Baltimore region and it’s a very affordable location to start a business or a grow a career in the New York-Washington, D.C., corridor,” Fry says. “These are just a few of the reasons highly educated millennials are increasingly drawn to the city and the region.”