Learn how Greater Baltimore, MD's world-class arts and culture and unique neighborhoods make it one of the best places to live. 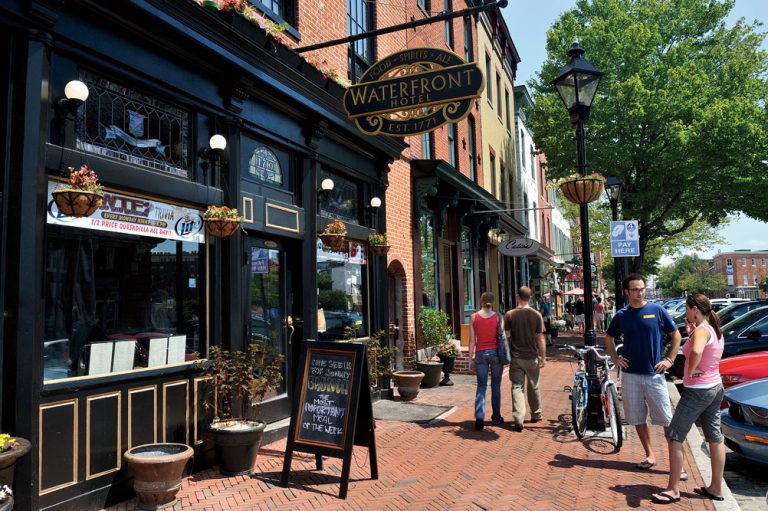 Nichole Baccala Ward has lived in many cities, but her favorite is the one she grew up in and the one she has always returned to: Baltimore. “When I started thinking about where to stay long term, it was important for me to come back to Baltimore,” Ward says. “Here, I’ve been able to find that perfect balance between career and professional growth opportunities and having a great place to live and raise a family.”

Ward loves the area so much that when she and her husband moved to North Carolina for his job, she spent the next five years commuting back to the city every other week so she could continue her job at Baltimore-based advertising agency TBC. The decision paid off for Ward, who is now president of the agency. Along with working at the company of her choice, Ward loves being able to play with her daughter in the yard at home in their historic Mount Vernon neighborhood, or hop on the light rail system for a quick ride downtown to catch an Orioles game, a Broadway show at the Hippodrome Theatre or the sunset over the Inner Harbor.

“Technically, you can live in the city, but also afford your own home and have a high quality of life here,” Ward says. “It’s the best of both worlds.”

For professionals of all ages, especially Millennials flocking to the region, Greater Baltimore offers the right mix of authenticity and sophistication, community and culture, and affordability and opportunity. Residents can enjoy access to the best in arts and culture, shopping, major league sports, recreation, entertainment, nightlife and cuisine, while also finding new territory to explore in neighborhoods and surrounding communities that have retained their charm and character.

“Baltimore has something for everyone,” says Mike Kelly, executive director of the Baltimore Metropolitan Council. “The neighborhoods are very independent and unique. Each one has its own spirit, and you can find some place where you really fit in.”

Like many young professionals in the area, Kelly came to Baltimore to attend college, and the Loyola University of Maryland graduate loved it so much he decided to stay. Highly regarded colleges and universities with top degree programs often draw talent to Baltimore, but what keeps grads there is the opportunity to gain experience in rising industries as diverse as bioscience and cyber security – without the high cost of living in neighboring East Coast cities like Washington, D.C., Philadelphia and New York. The region embraces those bringing creative ideas to the market as well and supports a growing roster of innovative companies helmed by entrepreneurs whose ideas rose from paper concepts to successful brands. Not only are the barriers of entry lower, but transplants also find the community more welcoming in the place locals affectionately call “Smalltimore.”

“Every day you have the chance of meeting someone you share an unexpected connection with,” Kelly says. “It doesn’t take long to become part of the fabric of the city.”

The city’s compact size makes it easily walkable, not only downtown but also in its neighborhoods, where people sit on the front stoop of their houses visiting with neighbors and walk almost everywhere. Along with light rail that connects to business and residential centers as well as BWI Airport, Baltimore offers free bus transit downtown via the Charm City Circulator and rapid transit to D.C. via the MARC commuter train.

“It’s just 45 minutes to Union Station, and the trains to D.C. are full every day,” says Kelly, who knows many professionals who work in D.C. but live in Baltimore.

Regional leaders have taken progressive steps to make the region more transit-friendly and pave the way for revitalized districts with downtown housing, eclectic shopping and dining, and modern arts and culture – all amenities that matter to Millennials, says Byron Macfarlane, a Baltimore-area native who serves as Register of Wills for Howard County. Examples include a 7-mile waterfront promenade trail that traverses Baltimore’s entire Inner Harbor, as well as mixed-use neighborhoods rising up on former industrial land like Harbor East, which is attracting an influx of corporate headquarters, upscale condos and boutique hotels like the Four Seasons.

Beyond the city itself, vibrancy extends to towns including Annapolis, Aberdeen, and nearby communities like Columbia and Ellicott City, which Macfarlane describes as a “microcosm of the city because there is always something new to do.” “Baltimore is a place where you see good things happening continuously – and you want to be part of it,” he says.