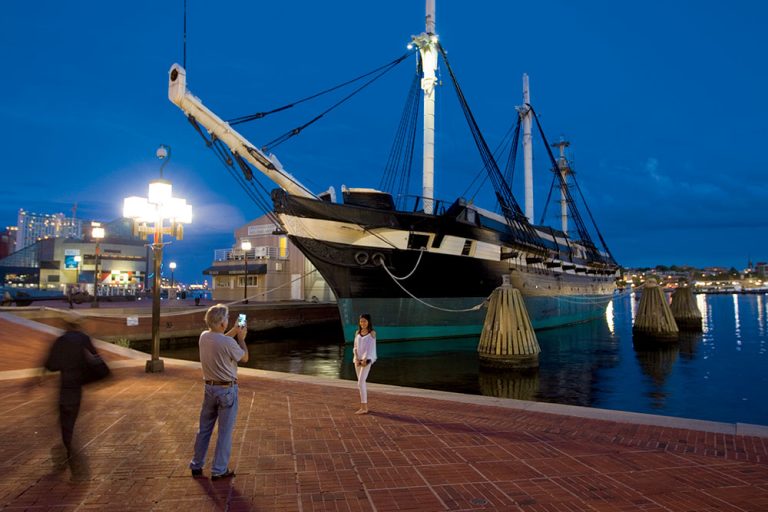 With its array of waterfront and water recreation attractions, world-class arts and culture scene, vibrant and diverse entertainment offerings and renowned cuisine, Greater Baltimore has much to offer as a place to visit in addition to being a great place to live and work.

Located at the crossroads of the northeast and mid-Atlantic states, Greater Baltimore is a world-class waterfront destination that is both easy to get to and easy to get around.

Travel site Fodor’s named Baltimore one of the top 15 waterfront cities in the world. The region’s culinary scene is also well recognized. Zagat ranked it the No. 2 restaurant city in the U.S. in 2015. Restaurants noted by Zagat included Woodberry Kitchen, where chef Spike Gjerde won a James Beard Award in 2015.

Baltimore is home to internationally renowned museums, including the Baltimore Museum of Art, the Walters Art Museum and the American Visionary Art Museum.

The Baltimore Museum of Art  reopened in 2015 to mark its 100th anniversary following a $28 million renovation.

Baltimore’s Inner Harbor, home to the Maryland Science Center and the National Aquarium, is one of the most popular destinations for visitors  and a short walk from the Baltimore Convention Center and downtown hotels.

Fort McHenry National Monument and Historic Shrine, a popular tourist destination, is where a key battle in the War of 1812 took place that inspired what became the U.S. National Anthem.

“Baltimore’s combination of affordable, top-notch hotels and amenities, along with world-class attractions and museums; the allure of the Inner Harbor and waterfront activities all within walking distance of award-winning restaurants make the city a top visitor destination,” says Sam Rogers, Executive Vice President and Chief Marketing Officer for Visit Baltimore.

“Accessibility, walkability, affordability and unique, authentic experiences are just one part of the value equation of why Baltimore is a top meeting destination,” says Amy Calvert, Senior Vice President, Convention Sales and Services for Visit Baltimore.

Baltimore is competitive compared to its peer group of cities across the country, says Peggy Daidakis, executive director of the Baltimore Convention Center.

“A selling point is the growing number of people living downtown now,” Daidakis says. “Convention visitors see this vitality downtown and they  want to be a part of its vibrancy.”

The Bard and Baltimore

Greater Baltimore is also making its mark as a strong cultural center.

The Hippodrome Theatre at The France-Merrick Performing Arts Center in downtown Baltimore is housed in a historic movie palace and Vaudeville stop that opened in 1914. A major renovation in 2004 gave birth to the France-Merrick Center, an anchor of the city’s Bromo Tower Arts & Entertainment District.

The indoor cultural center located near the Inner Harbor opened in 2014 with the transformation of a 19th-century landmark bank building into a modern 260-seat theater inspired by Shakespeare’s Globe Theatre. The theater also has become a sought-after event venue. CSC also performs outdoor theater every summer.

“Greater Baltimore is a community with a deep history in the performing and visual arts,” says Lesley Malin, CSC’s Managing Director.  “Our location right downtown is a major advantage.”