Learn how Greater Baltimore colleges and hospitals are shaping the region's innovation economy. 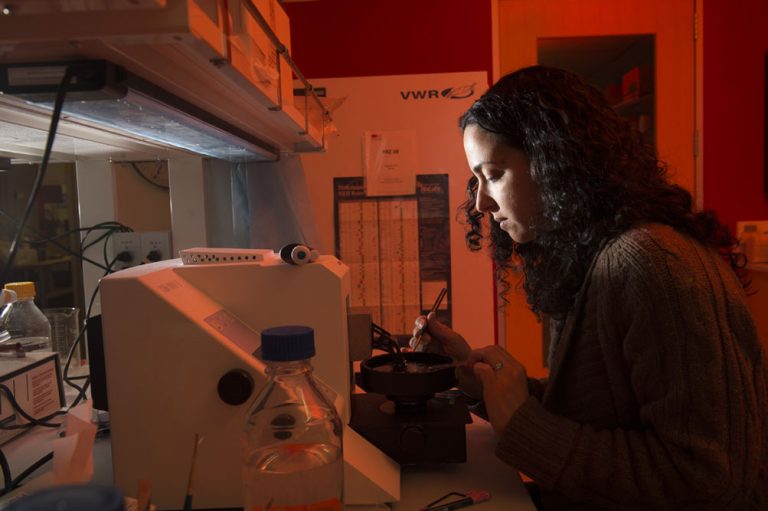 When conversations about Greater Baltimore arise almost anywhere in the world, the talk turns quickly to the region’s renowned education and health sectors, which include Johns Hopkins University (JHU) and its deep expertise in teaching and treatment. While JHU’s reputation is well earned, the university and its medical centers are only part of Greater Baltimore’s robust education and health sector that includes both globally known institutions and emerging companies that are drawing a diversity of talent and fueling the region’s economic growth.

Head of the Class

Founded in 1876 as the nation’s first research university, Johns Hopkins has remained No. 1 in research funding for 34 consecutive years and is a pacesetter in grants from the National Institutes of Health. JHU claims 36 Nobel laureates and is ranked first in education, public health, and biomedical-engineering programs by U.S. News & World Report. Johns Hopkins is Maryland’s largest private employer, with more than 47,000 workers in its university and hospital/health system, contributing $9.1 billion to the state’s economy each year.

“Johns Hopkins has always sought to advance discovery and bring those discoveries into people’s lives, from the halls of our hospital to the classrooms of East Baltimore’s Henderson-Hopkins school,” says Ronald J. Daniels, Johns Hopkins University president. “Our sense of mission drives the expansion of our university’s innovation and entrepreneurship initiatives to better support our scholar-inventors, marshal the collective capacities of our partners in industry and academia, and deliver on the promise of urban universities like ours that increasingly play a role as igniters of economic growth in our communities.”

Under the umbrella of the new Johns Hopkins Technology Ventures, Daniels says, the university has brought to the region the health-care technology accelerator DreamIt Health and launched its inaugural entrepreneurship boot camp to support its scientist-entrepreneurs. It also has invested in its Social Innovation Lab to support mission-driven enterprises in Baltimore and beyond.

“We recently opened FastForward East, our newest business incubator, which is located at the heart of our life sciences enterprise in East Baltimore,” Daniels says. “We are leveraging the creativity of our faculty and students to provide cutting-edge health care, turn discoveries into new technologies and catalyze opportunity in our communities, in Baltimore, across the region and in Maryland.”

JHU and its academic cohorts in Greater Baltimore consistently land atop national rankings. More than 54,000 workers are employed in educational services, which include a blend of public and private universities – from the U.S. Naval Academy at Annapolis, to six campuses of Maryland’s university system, to the private Loyola University Maryland and to community colleges in every county in the region.

On the medical front, Greater Baltimore is home to the nation’s third-highest concentration of health-care employees among U.S. metros and 24 companies that each employ more than 1,000 workers. Overall, the region’s health-care sector employs 189,000.

Greater Baltimore’s higher-education institutions and health-care systems are also top-tier in their support of innovation. The region has long been at the fore of breakthrough research in health care and a leader in emerging industries such as health care IT and education technology. Universities such as Johns Hopkins and the University of Maryland, Baltimore, house major programs to commercialize their research and create new companies. For example, Towson University in Baltimore County has a Division of Innovation & Applied Research that fosters entrepreneurship, provides research and technical services, offers continuing education and creates business partnerships designed to bolster local communities.

“Through entrepreneurship, we develop new businesses and new products and services that add to the economy,” says Dyan Brasington, the division’s vice president. “Our research and technical services provide solutions focused on making the state more efficient and effective, showing a return on investment. Continuing education provides training and certifications that help people get jobs and address organization workforce shortages by closing the skills gap. Our partnerships with nonprofits, businesses and government agencies, which often include undergraduate research and civic engagement, positively impact local communities.”

Towson embraces a philosophy that serves a desire to make the region and Maryland a better place to live, work, and be productive, Brasington says. Such efforts have created a verdant landscape for startups like Baltimore-based 1sqbox, a software- and hardware-development firm that creates innovative education-tablet applications for K-12 learning. The company boasts the first intuitive classroom and administrative-management tool that streamlines information exchange among participants in the educational process.

Another example of a startup growing within Greater Baltimore’s fertile environment is GrayBug, which emerged out of Johns Hopkins’ world-renowned Wilmer Eye Institute in September 2011. GrayBug’s niche is using proprietary technology to develop longer-lasting, controlled-release treatment methods for ocular diseases such as macular degeneration (wet AMD) and glaucoma. Its founders and collaborators include Justin Hanes, Ph.D., a professor and director of the Center for Nanomedicine at Wilmer, along with fellow clinician-scientists Drs. Peter A. Campochiaro and Peter J. McDonnell. The company has benefited not only from Johns Hopkins’ medical and educational underpinnings, but also from early access to Greater Baltimore’s dynamic business resources and key investors such as the Abell Foundation and Maryland Venture Fund, says Hanes, GrayBug’s chief scientific officer.

“The growth and success of GrayBug over the past four years has gone hand-in-hand with being in Baltimore and in Maryland,” Hanes says. “We have seen such tremendous support for a young life sciences company and our groundbreaking technology, with the exciting potential to take products into multibillion-dollar markets that will make a significant difference for patients and their families.”